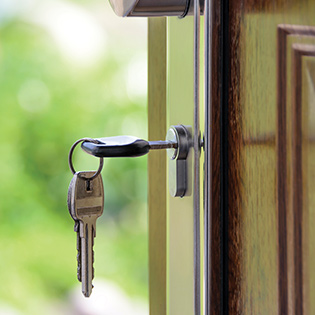 Community Land Trust is a buzz-phrase you might hear around Columbia these days. So what exactly is it? A community land trust, or CLT, offers individuals and families a path to homeownership that otherwise might not be affordable.

There are over 10,000 community land trust housing units nationwide in 42 states. Columbia started on this path in 2008. The Affordable Housing Policy Committee, created by city council, identified the need for a housing trust fund and organization. In 2015, city council approved the purchase of and appropriated funding for what is now the Columbia Community Land Trust and the land on which the first houses will be built and sold.

In August 2016, with community support from organizations like the Heart of Missouri United Way, Columbia Board of Realtors, Job Point, Columbia Chamber of Commerce, and others, city council voted to establish a community land trust organization and transferred funds for its initial operation. In December 2016, council voted to approve the appointment of the inaugural board, which will guide the organization and provide oversight over the expansion of properties to add to the city’s affordable housing stock.

Why do we need a community land trust?

Affordable, owner-occupied housing stabilizes families and neighborhoods; it creates equity and builds wealth by working with city and community partners to preserve the quality and stability of affordable homes.

Stable housing also has a powerful impact on children, their performance in school, and their future success in life.

Why was it important for organizations like the Columbia Chamber of Commerce to endorse the creation of a community land trust?

A guiding principle of the chamber is that government should prioritize core issues such as economic development, infrastructure, public health, public safety, transportation, and the financial well-being of our community. Creating community-based solutions to address one of the biggest challenges facing low-income individuals, seniors, and people with disabilities is an effort worthy of citywide support and chamber endorsement.

The City of Columbia, before the creation of the community land trust, subsidized the sale price of homes with public and private charitable resources up to $25,000. The CLT will accomplish three things: