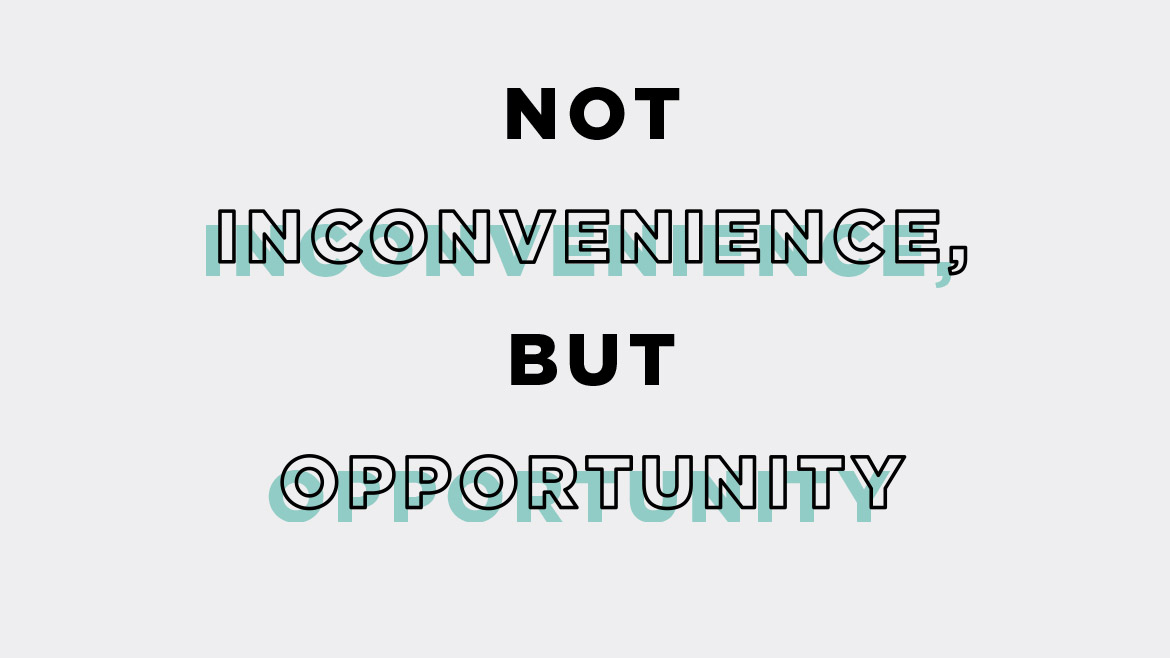 Youth sports and all that comes with it — travel, food, gas, hotel stays, and more — is part of the $8.6 billion sports tourism industry. (That number is according to a 2014 George Washington University sports management program study.) The city of Columbia, along with its tourism partners, is working to increase the city’s share of that income by working as a community to win bids for hosting Missouri State High School Activities Association statewide events and activities.

“We’re actively going to pursue any MSHSAA event that’s a good fit for Columbia as long as it works time-wise and with the facilities we have,” says Megan McConachie, strategic communications manager for the Columbia Convention and Visitors Bureau. “Part of our mission is to generate economic growth using tourism, and these events fit in with that perfectly.”

Research done at the University of Florida in 2015 estimates that 25 million children ages six to 18 play in competitive school sports in the United States. The study also estimated that traveling youth athletes and their families generate an economic impact of $7 billion and, on average, parents spend $671 on sports-related expenses each year.

MSHSAA (whose headquarters are located in Columbia on North Keene Street) manages traditional sporting events, like baseball and football, but they also host events for bass fishing, bowling, chess, music, scholar bowl, speech and debate, spirit activities, and target shooting. Those activities, coupled with the 15 traditional sports championships, equal millions of dollars in economic impact across the state.

Recently re-securing the MSHSAA State Music Festival has been a big win for the city and the community.

The MU School of Music and the City of Columbia have hosted the State Music Festival every year since 1952, (with the exception of 1989) according to the city’s bid for the event for 2018 through 2022, which was awarded to Columbia.

There were many factors working in Columbia’s favor to win the bid, McConachie says. MU made efforts to tighten the footprint of the festival on campus so participants and families could stay in a more condensed area for the entirety of the festival, making it easier to navigate.

In 2019, the new School of Music building, which will be located at the corner of Hitt Street and University Avenue, will be completed, adding an additional performance space and central hub for the festival. The CVB and its volunteer group of certified tourism ambassadors offer hospitality services at the events to help guests acclimate. There are 150 to 200 active CTAs in Columbia who volunteer their time at tourism events.

It’s now the industry standard to offer cash incentives to MSHSAA for the rights to host. The CVB solicits funds from businesses and community partners. “It’s something other communities are doing, so we don’t want to skip that part,” McConachie says.

For MSHSAA, the “community involvement,” or financial support from the community, is a big part of the equation when considering a bid for a project.

“With the basketball championships, that one pivoted because the Springfield community, their business community, got very involved in underwriting the cost of the event,” says MSHSAA CFO Craig Long. “With the state music festival, that is one where Columbia employed the same strategy and they were successful in getting some support from the business community in Columbia to help underwrite the cost of the event. That’s a strategy we have seen more in the last couple of years.”

The Scope of the Festival

Of 590 high schools in Missouri, 530 participate in music activities, and each year about 10,000 students from about 400 Missouri high schools qualify for the state music festival. In total, there are about 5,000 performances each year. MSHSAA estimates more than 5,000 people —friends, family, administrators, and accompanists — attend the event as well.

According to MSHSAA’s RFP documents, the festival will utilize 32 to 34 performance rooms from 8 a.m. to 5 p.m. for the duration of the three-day festival, each room with a minimum of 700 square feet, plus 20 to 25 warm-up rooms for participants. Oh, and the individual rooms have to be secured each year for five years. The facility fees for each year’s festival total $9,850.

“One of the reasons that we wanted to go after music and to keep it here is to get all of those students on campus,” McConachie says. “There’s a lot of value in that.”

The festival will also use significant lodging space, with complimentary hotel rooms for 50 workers and staff for four nights and thousands of rooms for schools, participants, and families. Columbia has about 3,700 hotel rooms, and three new hotels are under construction.

$5,121 – total cost to MSHSAA of equipment rental each year, including piano moving and tuning, music stands, and chairs.

“What we have to do when you look at any piece of business is first look and see how many room nights it generates,” McConachie says. “For us, that’s the most important thing, because the room nights really tell us a good story about how much economic impact [an event] has.”

MSHSAA’s communications director Jason West says it’s difficult to determine the statewide economic impact of MSHSAA; they rely on local data to draw conclusions about events. Statewide, there are between 175,000 and 200,000 students who participate in MSHSAA activities, a number that has stayed steady.

The CVB uses Destinations International’s “destination marketing event impact calculator” to determine the economic effect of MSHSAA events and other events, like conventions or festivals. This tool arms CVBs and other tourism entities with information to illustrate the power of these attractions, from meetings to sports to festivals.

The calculator has been used to analyze more than 100,000 events — it figures in everything about an event, like its length, the number of tickets sold, the cost of facilities rented, and many other factors to determine economic impact. Using the economic impact calculator, McConachie says, state wrestling generates $8.4 million and state music festival generates $1.3 million in economic impact per event in Columbia.

Long says MSHSAA will release the RFP for the next round of track, cross country, football, and wrestling championships, as well as speech and debate festival, by mid-August.

“The people that are organizing the bids have — I don’t want to say learned from their mistakes, but they’ve certainly taken heed to what other entities have put in their bids, so we have seen some very competitive bids in this process,” West says.

These events are critical to the success of hotel industry, says Wingate by Wyndham hotel general manager and Columbia Hospitality Association president Steve Bales. CHA partners with the CVB by supplying room data, offering to sponsor these statewide events, and providing complimentary rooms for officials. Hoteliers depend on events like MSHSAA, graduation weekend, and football games to have successful years, Bales says.

Long says one of Columbia’s strengths for statewide events like MSHSAA’s is the city’s central location and wide variety of sports facilities. They also consider available activities outside of the tournament. “Our responsibility is to our statewide membership, so central location absolutely,” Long says. “And the physical property that’s available, whether it’s University of Missouri or other facilities in central Missouri, there are some very nice opportunities there for groups like us.” 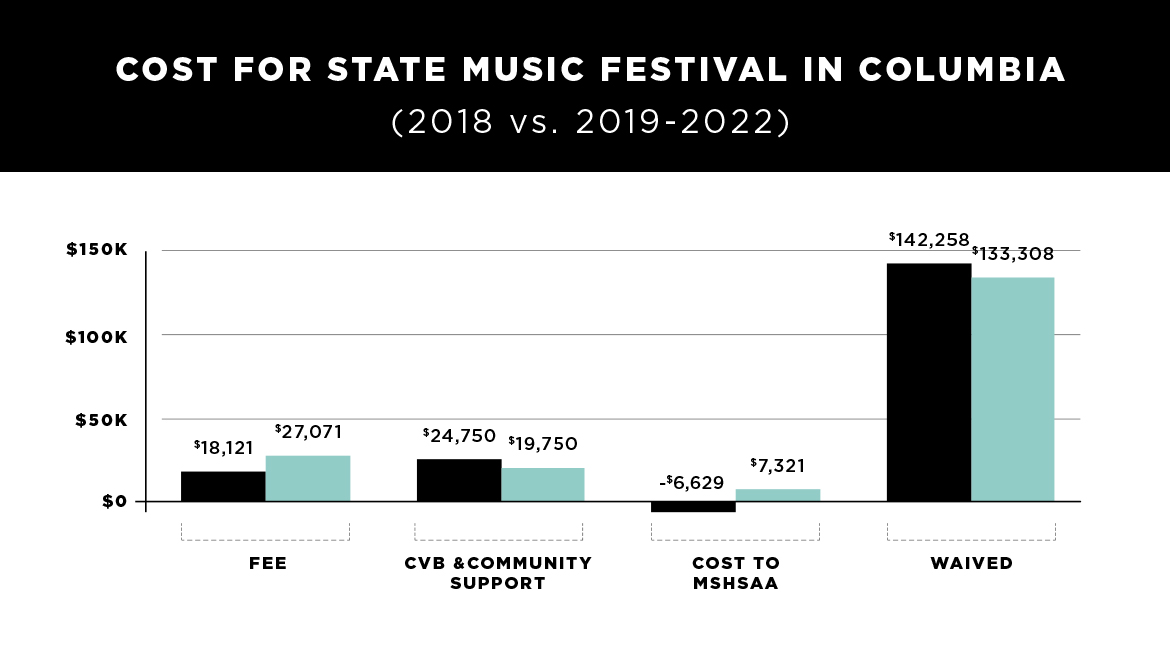 “It’s a positive impact for everybody, for the whole economy,” Bales says. “Retailers, grocery stores, restaurants, obviously the hotel industry, taxis. All of the above. It’s a win-win for everybody. When we do have an opportunity to host these wonderful events, we want them to have a wonderful time and be able to want to stay in Columbia.”

“It takes a lot more cooperation than you might think,” McConachie says. “There’s a different team you have to assemble each time. And that team has to immediately come together and immediately put together the best proposal they can with what they know.”

The work is detailed and goes beyond the staff of the CVB — it’s a community effort now. That’s a mindset the rest of the city is coming around to, and that’s a good thing, since the CVB will continue to win more MSHSAA business.

“These events aren’t just a bunch of people coming in and making it take longer to get somewhere,” McConachie says. “There is a really big economic impact behind it. That’s what we’ve really tried to push. They’re supporting local jobs and they’re supporting the quality of life that we get to enjoy all year. And so we’re kind of making inroads in that I think and people are recognizing it more as an opportunity than an inconvenience.”

he city anticipates RFPs on five other events soon, including speech and debate, track and field, cross country, volleyball, and wrestling.