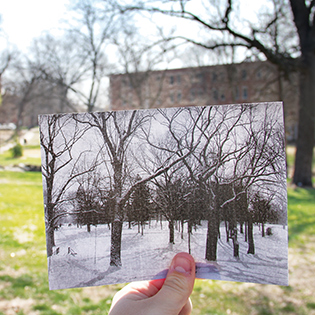 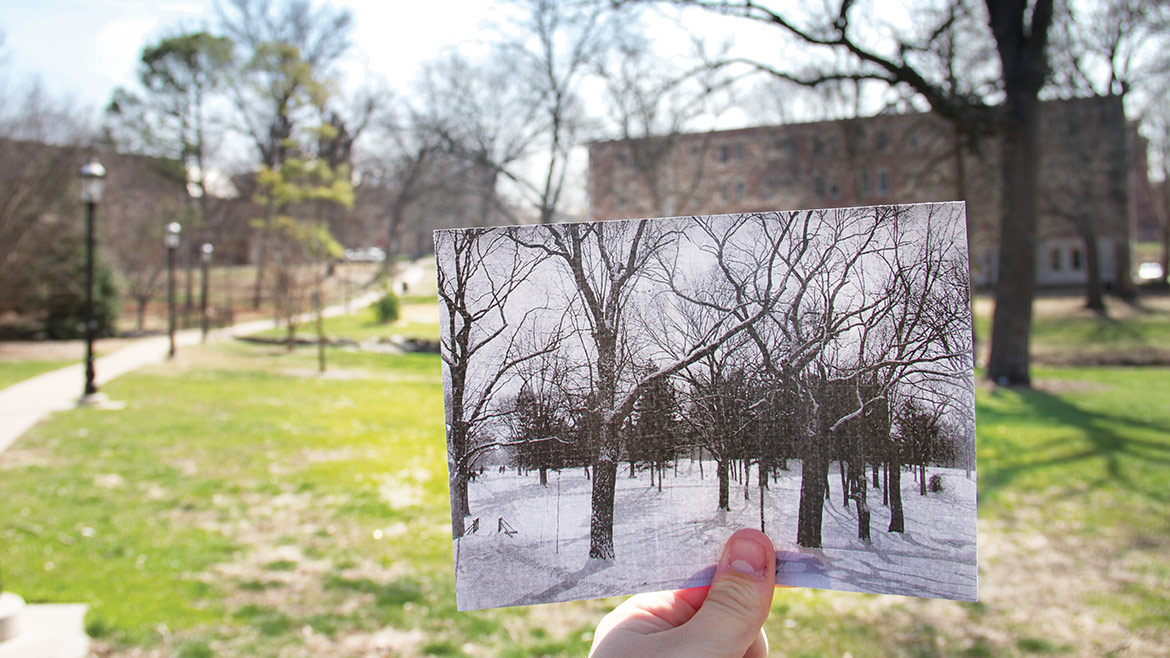 A plot of land on the northern edge of the MU campus looks as though it’s been painted green. There are seven large trees and myriad other plant life; it’s an official botanical garden, after all.
The land off Eighth Street and Elm is formally named McAlester Park, due to its proximity to McAlester Hall on MU’s campus. After the protesting of the Vietnam War in 1970, however, it was renamed Peace Park.
On May 7, 1970, three days after four Kent State University students were killed by the National Guard during protests, MU students gathered on the Francis Quad, near McAlester Park, with a list of demands. According to the Columbia Missourian, one of these demands was “that the MU administration take a position against the war.” Over 2,000 students gathered in protest. The group continued to grow until it reached nearly 3,000 — equivalent to a quarter of the student body at the time.
Later, the demand for then-Chancellor John Schwada to take a position against the war went away, but the other demands, involving the rights of the faculty members to protest without punishment, remained.
A ceremony marking the renaming of the McAlester Park was held May 5, 1971, a year after the Kent State shootings. Students and faculty placed stones on the northeast side of the park in the shape of a peace sign and installed a plaque, displaying the names of the deceased students, below the rocks.
The protests in 1970 weren’t the first on campus, nor were they the last. Like many college campuses, MU has had its fair share of demonstrations, including those in 2014 through 2016 affiliated with the Black Lives Matter movement. Peace Park — while not the center of every demonstration — has been the host of many rallies. In 2014, the Go Topless Parade to show support for women’s rights was held at Peace Park, as was another march in February protesting the travel ban introduced by the newly inaugurated President Trump.
But Columbians don’t just use this spot to express disapproval. Each April, Peace Park is home to Columbia’s annual Earth Day festival. Booths are set up along the park’s outer edge and performers with Hula-Hoops and instruments fill its center. And on any given day — particularly when the weather is nice — people can be found napping in hammocks or sauntering the sidewalks and crossing the stone bridge. According to campus legend, couples that cross the bridge together are destined to marry.
Many stories lie within this small patch of land in the middle of the city — years of strife, determination, and community alongside the plants that grow there. As the winter months wane and spring approaches, the plants and trees prepare for another round of regrowth. While the seasons bring change to the foliage in Peace Park, the memories forged there remain rooted in history.