Sleeping in Teepees, wake boarding and canoeing. It all happens at Kanakuk.

Some campers at Kamp Kanakuk, a Christian summer camp in Branson, Missouri, grow up dreaming of marrying a fellow camper. “We call them Kanacrushes,” Morgan Cranford says. “It’s a thing that everybody that goes there knows about.”

Morgan has spent every summer since she was 11 years old at Kanakuk. Her parents met at camp and worked there for a few summers before getting engaged. Kanakuk is such a big part of her family history that Morgan never doubted going there.

“(My sister) always got really homesick, and I never did. The minute I walk back into camp, it feels like home and it always has. It’s just a fun place to be. I’ve always loved camp.”

With all that history, it makes sense that this year, Morgan is going 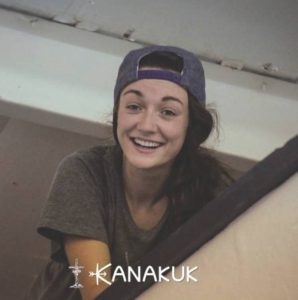 back to camp with a Kanacrush of her own — her fiancé, Michael. They met two summers ago at camp but connected in Columbia when they got involved in the same ministry. Morgan and Michael have already set a date for their wedding and about half the guests are from Kanakuk. Morgan is even inviting three of the 12-year-old campers she met last summer as a counselor.

Morgan’s favorite part of camp is developing relationships with campers. When she was a camper, she was afraid of heights and was terrified to do the high ropes course. She says she loves cheering on campers when they think they can’t finish the course.

Morgan says being a counselor at Kanakuk is a big responsibility. Not only is she accountable for their health and happiness, she also plays a role in their spirituality. Kanakuk gives kids the chance to understand their faith outside of their family and church environments.

“They want answers, and I want to give them answers,” she says. “I don’t want to be just another voice that says, ‘Don’t do this because it’s bad.’ I want them to understand the “why” behind the “what” that we tell them.” 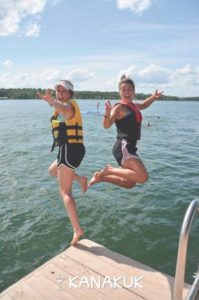 A Typical Day at Kamp

6 a.m. – Wake up call for Morgan! The counselors get up before campers to have some time to themselves and prepare for the day. This is when counselors can go on camp dates, or “walks,” as they’re known at Kanakuk. On an ideal day, Morgan would take a walk with Michael around the beautiful Table Rock Lake.

7:15 a.m.- Morgan and her co-counselor wake the campers up. The campers have to clean the teepee they live in before they can go to breakfast. There are 10 to 14 campers per teepee.

8 a.m. – It’s breakfast time! After saying the Pledge of Allegiance to the flag, campers eat up. Today it might be pancakes, eggs or biscuits and gravy.

9 a.m. – Activities start at full pace. There are three classes between breakfast and lunch that each last one hour. Classes include everything from soccer and wakeboarding to canoeing and crafts. “For them to get the whole experience at camp, we go 100 miles an hour,” Morgan says.

Noon – Lunchtime is when Morgan says everyone is always the hungriest. Even though the kids are ravenous after a high-activity morning, Kamp Kanakuk tries to teach good table manners.

2 p.m. – The hour-long classes start again. Some classes, such as sailing and the high ropes course, take the whole three-hour period.

5 p.m. – Time to hit the showers. The kids rinse off the day’s sunscreen, sweat and sand before heading to dinner and evening activities.

6 p.m. – “Camp favorites at dinnertime are burgers during a picnic and homemade pizza in every flavor combination you can imagine,” Morgan says. Every night after dinner since the camp opened in 1926, the flag is lowered while campers sing “God Bless America.”

7 p.m. – Now the party starts! Each week there are camp classics, such as a talent show and hoedown. The programs team, a group of counselors who plan the events, always think of something fun and creative. Last year during one party called “The Arctic Tundra Conundra,” they filled a basketball court with foam from a bubble machine and had a dance party.

11 p.m. – The campers go back to their teepees and do a devotion. After devotions campers get in their bunks and have T.A.P.S, or Totally, Absolutely, Positively Silent time. After a long day both Morgan and her campers fall asleep quickly.

“It’s just healthy for kids to go somewhere and stay up a little bit past their bedtime and wake up a little bit earlier,” Morgan says. “They always go home so exhausted.” 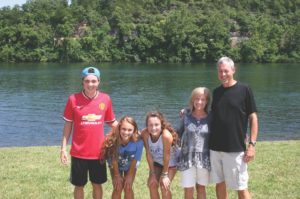 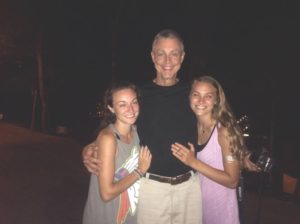 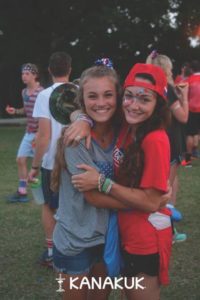 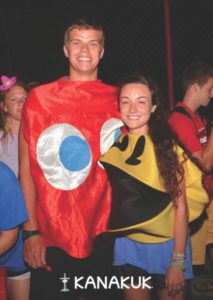 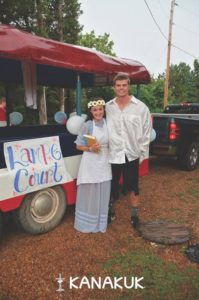 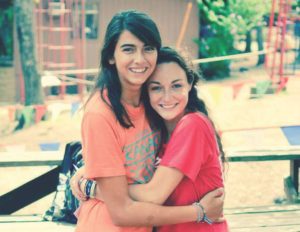 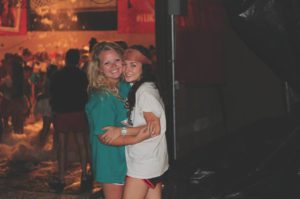