May: Movers and Shakers 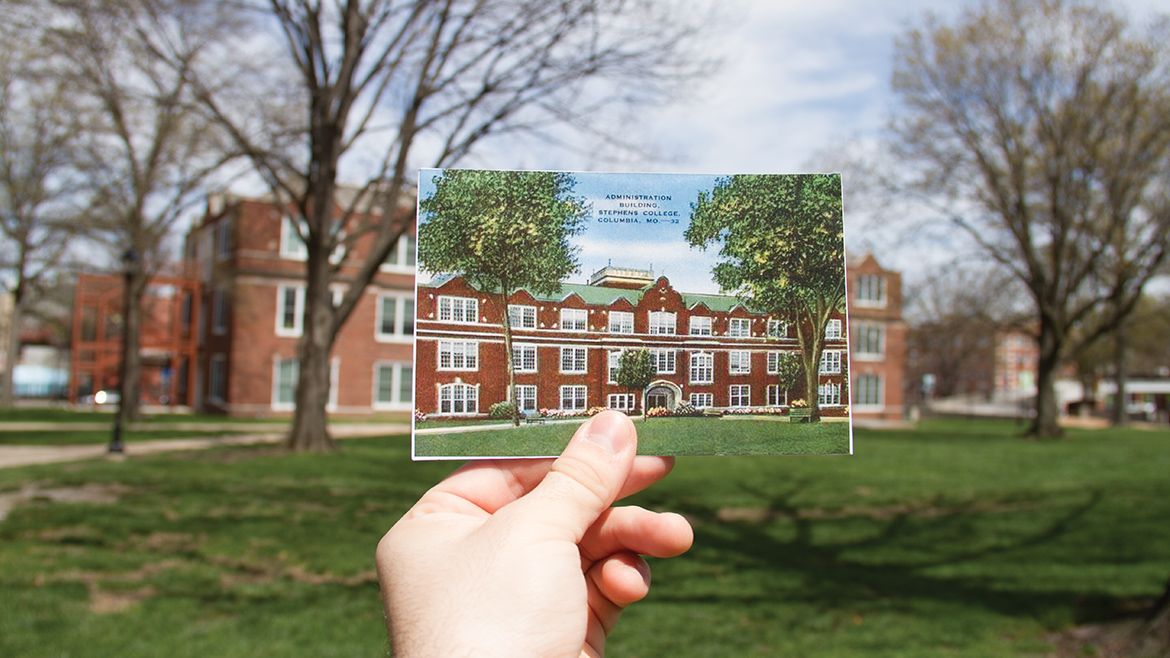 According to the United States Department of the Interior, Hickman Hall was constructed on Stephens’ campus in 1922. The hall is one of five buildings in the Stephens College South Campus Historic District, located at 1200 East Broadway. The other four buildings are Senior Hall, Wood Hall, Columbia Hall, and the President’s House.

From Broadway, Hickman Hall is the most visible of the buildings. It is a Jacobethan building, meaning it is modeled after the Elizabethan and Jacobean architecture of England, and is located on the western edge of the campus. It is a wide, three-story building originally built to house administrative offices. It has seen no additions or exterior changes of note since its construction.

The hall differs from the other buildings in the area, as it does not use Georgian Revival motifs. It has red brick walls with limestone ornamentation, and a low hipped roof. The archway runs all the way through the building and is the entrance to Hickman Hall.

The South Campus still serves as the administrative center of the school today. Hickman Hall still holds administrative offices in its building, despite the campus expansions. Some of the buildings in the quadrangle received additions, but it looks mostly the same as it did in the 1940s.