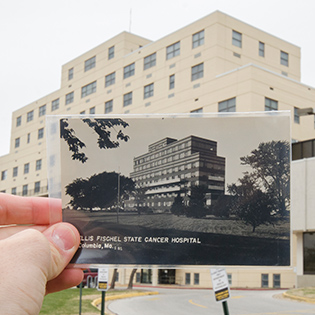 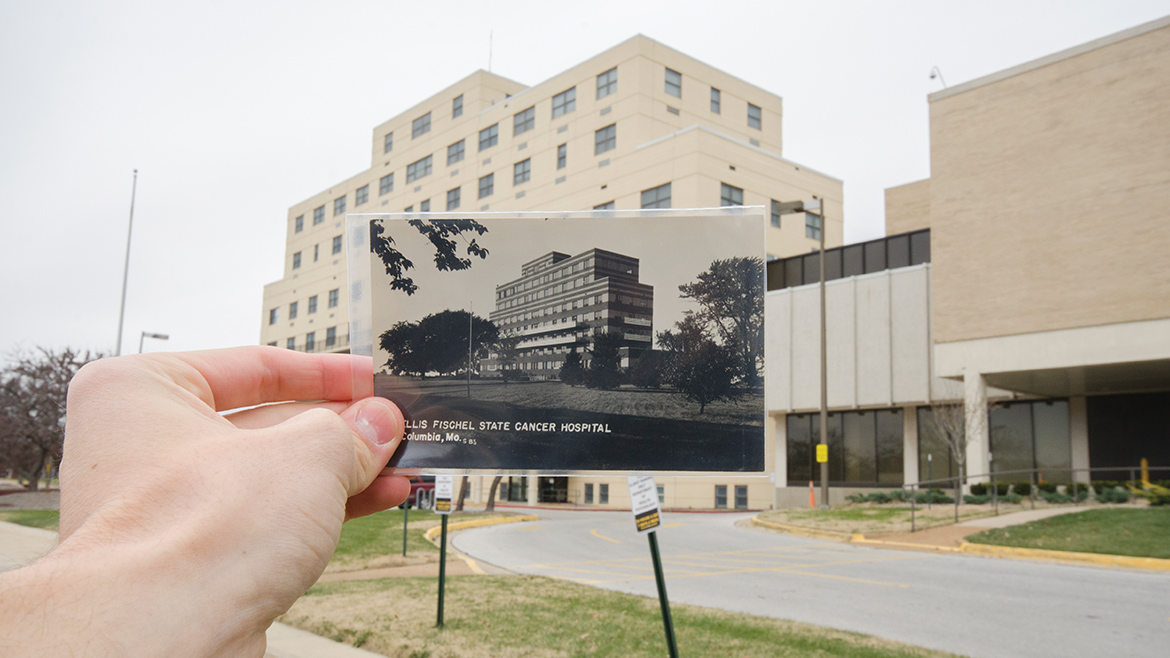 Mizzou North was built as home to Ellis Fischel Cancer Center, the first state cancer hospital west of the Mississippi River and only the second in the nation.

The original state bill called for the hospital to be built in Columbia under the authority of MU. Columbia was selected because of its central location in Missouri and the city of Columbia’s donation of 40 acres of land for the hospital.

The hospital was dedicated on April 26, 1940. On MU Health’s website, it compares the seven-story building to a layered chocolate cake, with each successive story looking like a smaller “layer.” The hospital housed 85 beds and had the latest technology for treating cancer at the time.

More than 1,000 patients were treated at the hospital during its first full year of operation. At that time, the hospital fulfilled its original intent of treating only Missouri residents who were unable to pay for their care.

In the 1950s, new landscaping and technology came to the building. In 1952, the Columbia Garden Club planted a therapy garden on hospital grounds. Flowers were delivered from the garden to hospitalized patients.

In 1973, the Missouri legislature appropriated $7.6 million to build a new wing for the hospital. This three-story addition opened in 1975, expanding outpatient clinics and laboratory space and adding a new operating room suite.

In 1990, Ellis Fischel Cancer Center merged with MU. In March 2013, the center relocated from Mizzou North to a new patient care tower located on the University Hospital campus.