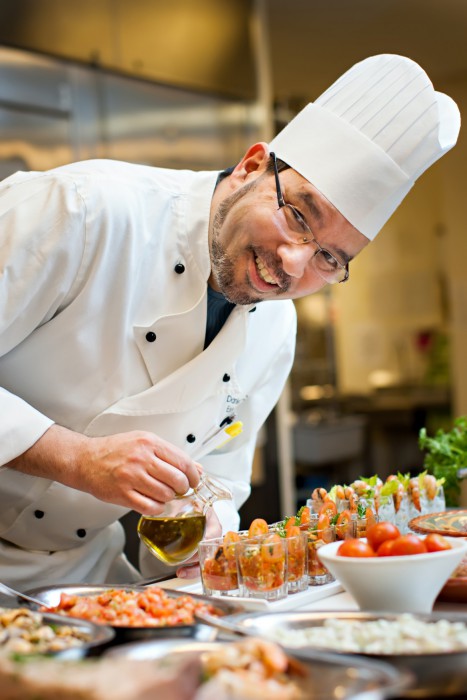 MU’s University Club will host the 20th annual President’s Dinner for the American Culinary Federation’s Central Missouri chapter on January 30th. The event will celebrate the culinary tradition of formal apprenticeship, which the ACF is trying to promote in mid-Missouri.

Daniel Pliska, executive chef at MU’s University Club, is also the president of the ACF Central Missouri chapter. He’s been an ACF member since the ’80s and helped start a University Club training program for aspiring chefs.

“I think the general public needs to know about apprenticeship as a culinary school, because it’s just not very well known,” Pliska says. “What happens is that students who live here want to become a chef, and they leave. And they don’t have to.”

The ACF’s formal apprenticeship program requires apprentices to enroll in a two- or three-year course for an associate’s degree to complement kitchen experience. Currently, Pliska’s apprentices have to enroll at Johnson County Community College, near Kansas City, which is the closest qualifying school. Pliska hopes that events like the President’s Dinner can increase interest enough to expand the options for potential apprentices in Columbia.

For the event, Pliska recruited chef–apprentice teams from each ACF chapter in Missouri. Todd Walline, of Blue Hills Country Club in Kansas City, and his apprentice, Matt Phillips, will make slow roasted beef striploin and cabernet braised beef; Robert Stricklin, of The Keeter Center in Branson, and his apprentice, Maalek Getchell, will prepare a dish featuring smoked duck ham with dried cherry port reduction; Paul Kampff, of the St. Louis Country Club, and his apprentice will prepare a smoked salmon and lobster terrine dish with a baby Mizuma salad. Pliska, along with Colin Shive, of L’Ecole Culinaire, and Margaret Hughes, of the University Club, will serve hors d’ourves and a dessert buffet.