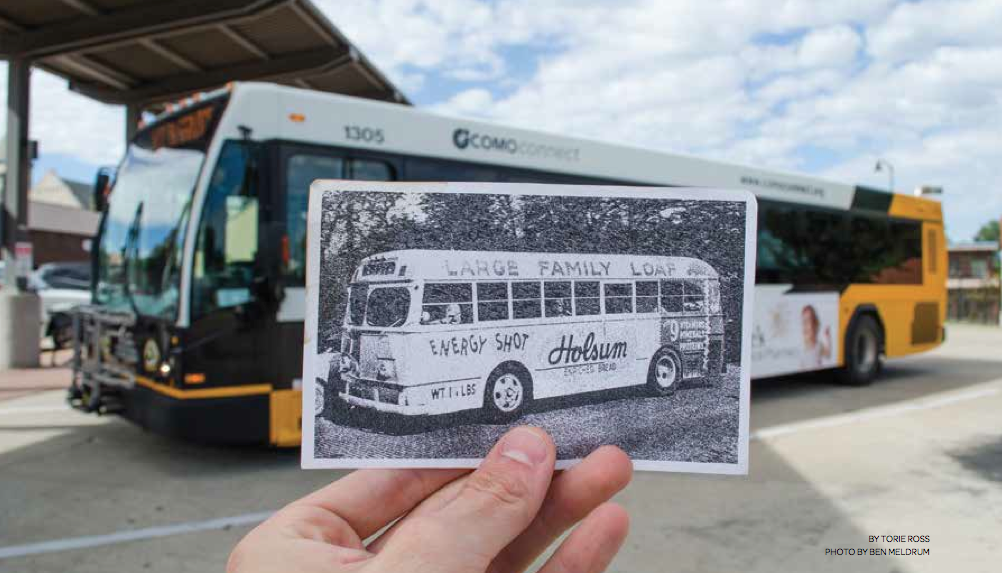 Columbia’s bus system, known as COMO Connect, has been thriving since the renovations to the system in June 2014. There are now 11 bus routes serving a record number of riders across a wider area of Columbia than ever before, so it may seem hard to believe that it all started almost 70 years ago with one man and a few buses.

In 1945 a man by the name of Mr. Watson started the privately owned Columbia Municipal Bus Lines with only three or four buses. According to Steve Sapp, public information specialist for the City of Columbia, when Watson decided to retire in the early 1960s, he approached the city about purchasing the company. Initially, there was a lot of resistance from government officials. However, after reaching out to the community, they came to the realization that a city bus line was a service that many of Columbia’s residents had come to depend on. In September of 1965, the City of Columbia purchased the bus company from Watson, and Columbia Transit was born.

Over the years, as the system grew, different strategies were implemented to help keep up with the demand. In 1982 Wabash Station was purchased to act as a central transfer point between the various bus routes. Wabash Station, which was originally built in 1910 as a rail depot, was removed as a central connection point during the 2014 system renovations in favor of several connection points throughout the city. There was also a time when different bus lines and even different buses were used to serve students and faculty of the University of Missouri, such as the Fast Cat buses, which were also retired in 2014. One of the main purposes of today’s COMO Connect is to streamline the system, making it easier for all residents of Columbia to use and ensuring the bus is a viable transportation option for years to come.

COMO Connect has a ticket to ride