Who is Karen Mareck Grundy?

Columbia author Laura McHugh turns a corner with her debut novel, The Weight of Blood. Join Laura in celebration of her book release for a party and book signing at the Tiger Hotel on March 15. See the March calendar for details.

In a bit more than a month, Columbia author Laura McHugh’s first novel will be available in bookstores throughout the United States. The book, a literary suspense novel entitled The Weight of Blood, will be for sale starting March 11 as a hardcover, an ebook and an audiobook published by the Random House imprint of Spiegel & Grau. It’s slated to come out as a hardcover in the United Kingdom on July 3. Although Laura hesitates to dub the book as the first of many, her husband, Brent McHugh, clearly considers it a professional milestone.

“This is her new career, definitely,” Brent says. “The sky is the limit with the talent she has.”

Laura’s debut as a suspense novelist is a turning point that encompasses many smaller personal landmarks. From the high school and college writing awards she brought home to the publication of short stories she wrote while still working as a software developer, Laura’s background hints in a number of ways at the direction her future would take. Still, she credits unforeseen circumstances and her husband’s encouragement with providing the impetus that prompted her to pursue her longstanding dream of becoming a published novelist.

If the tales she told her mother to write down for her are included, Laura has been an author since childhood. Once she was in elementary school, she began writing little books and stories that showed her propensity for dark narratives. “To my mother’s dismay, probably,” Laura says ruefully. She continued writing in high school, where she won awards and wrote for high school literary publications. Laura won additional accolades while earning her English degree at Truman State University in Kirksville, Mo., where she took the top spot in an undergraduate poetry contest.

Yet Laura didn’t consider writing a prospective career because she believed it was an impractical way to make a living. Instead, she took an office job at an employment website in Boulder, Colo., after receiving her bachelor’s degree in 1996 and returned to Columbia in 1998 to earn a master’s in information science and learning technologies. 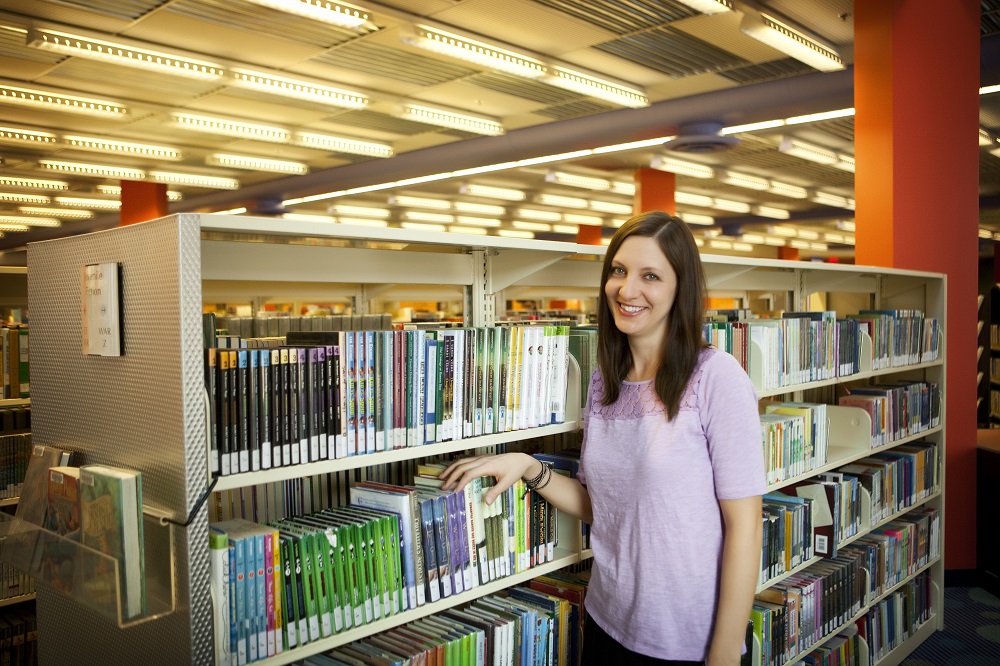 “I thought I would be a librarian,” she says. While working toward her master’s degree, Laura took technology-oriented classes and became interested enough to tackle a second bachelor’s degree in computer science. Still, she had her eye on a practical career path: “I thought maybe eventually I could work at a library doing a library website or something like that,” Laura says. “You know, I wanted to have a job, a stable job.”

And she landed one once she had both her master’s and second bachelor’s degrees in hand and moved to St. Charles, Mo., to become a software developer in 2000. Laura moved back to Columbia about a year later to start work as a software developer for Missouri Employers Mutual insurance company, where she stayed for the next seven or so years.

Still, Laura continued to pave the way toward a second career as a novelist. She wrote stories in her spare time and shared her passion for writing with Brent when they met in 2002. “Ever since we got to know each other, she always wanted to write,” Brent says. Married to Brent since 2004 and mother of a little girl, Harper, born in 2006, Laura continued writing short stories when she wasn’t working as a software developer. Eventually, she started sending her stories to literary journals for publication. In 2008, Laura received word that her story “Down the River Road” would be published in Big Muddy: A Journal of the Mississippi River Valley. 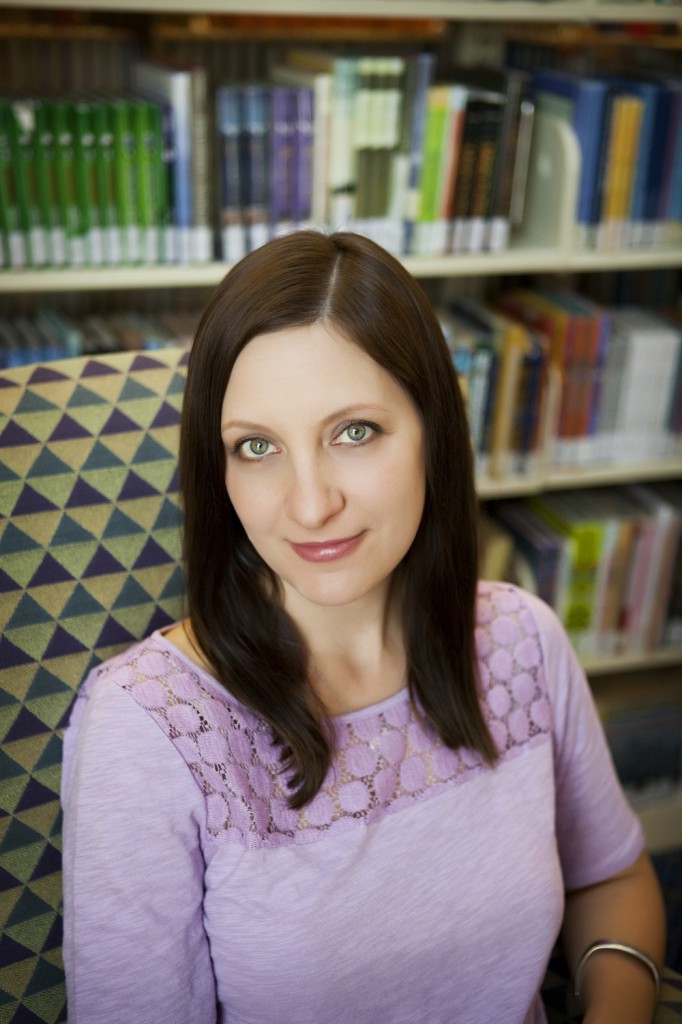 Laura hit a crossroads when she was laid off from her full-time job in December 2008. Five months pregnant, she immediately pulled out her interview suit and began seeking another software development job. She received a job offer from a company she dubbed a “wonderful place,” but the salary it offered would pay little more than the cost of day care for her children. More than that, she says, her heart wasn’t in it. “I thought, you know, I’d always worked, I have to have a job,” Laura says, adding, “It was stressful, and I just, I wasn’t sure that I wanted any of these jobs that I was interviewing for.”

Brent urged her to concentrate on writing rather than look for outside employment. “The family could get by,” Laura remembers he told her, on the income he brings in as a nuclear pharmacist. But Laura persevered in her job search until she received word in early 2009 that her story “What Love Is” would be published in a literary journal called Confrontation. Laura says the journal’s acceptance of her second story encouraged her to believe she could write a novel. By the end of January, Laura had committed herself to staying home and writing a book; she called and canceled a third interview with a prospective employer.

For his part, Brent believes his encouragement solidified his wife’s existing inclination to try her hand as a novelist.

“I pretty much just told her what she already knew,” Brent says. “She just wanted to follow her dreams, and now she had an opportunity to do it.”

Laura focused on that opportunity with intensity. During the months immediately following the birth of her second daughter, Piper, in April 2009, Laura kept her hand in by working on short stories and mulling over ideas for a novel. Then, she bent her efforts to completing a first draft of her book.

Supported by her husband’s encouragement, Laura stayed up when the rest of her family went to sleep or hired a babysitter for a few hours at a stretch to find the time to work on her book. She latched on to the focus and drive that urged her to keep going.

“I would start drinking coffee at night when the kids went to bed and stay up and write,” Laura says. “I stopped watching my guilty-pleasure TV shows. I love to get magazines and things, and I really would just hide them all away and not look at them. Because all those little things that you spend time doing during the day, in order to find time to write, I really had to cut all of that out for a while and just focus.”

Laura says she didn’t consciously set out to write a mystery but rather the story of her main character, Lucy, and her life growing up as an outsider in an Ozark Mountain town. Then Laura ran across shocking news stories of a crime in Lebanon, Mo., the community in which she went to high school that inspired plot elements she incorporated into her book. Although aiming more for a compelling page-turner than a suspense novel, Laura wound up writing a thriller that caught the eye of the publishing world. 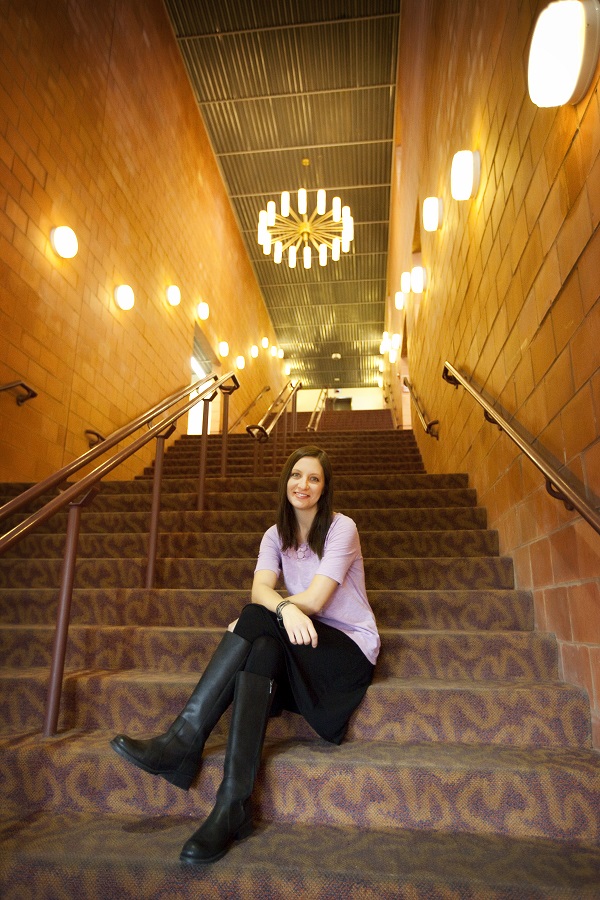 More on the way

Having finished her first draft in 2011, Laura began searching for an agent in the spring of 2012. Her first set of query letters generated a nibble but no offers of representation. So Laura sent out a second version of her query letter after Thanksgiving of that year: one that better described the dark and suspenseful tone of her novel, mentioned her own years living as an outsider in the Ozarks and labeled her book “upmarket” rather than literary fiction. Both Laura and her husband were surprised and excited when the second letter sparked a flurry of enthusiastic agent responses. Within a few days, Laura had selected Sally Wofford-Girand of New York City as her agent. “It was fast; it was really fast the second time,” Laura says.

Cindy Spiegel, co-publisher of Spiegel & Grau and Laura’s editor, praises the book for its storytelling, strong characters and memorable setting as well as its writing. Cindy also points to the serious issue the novel addresses to describe what struck her about it. “This is a highly accomplished suspense novel that is actually about something meaningful,” Cindy says.

Laura has already sold a second book to Spiegel & Grau, which she is now in the midst of writing. And two of her foreign publishers bought two books up front, Laura says. The second book also is a mystery — and is coming together faster than the first novel.

“It feels easier because I’ve been through the process, I think,” she says.

She hopes to continue writing literary suspense for a living. Although her husband is confident she will do well — “I believe she will be very successful,” he says — Laura is quick to point out the uncertainties of the publishing industry. Still, she is optimistic about the direction in which she is headed.

“This really worked out for the best,” she says. “I get to be home with my children, I get to do something I love, and luckily, now I can make a living at it.”