Design of the Times: Lori Pewitt builds a community 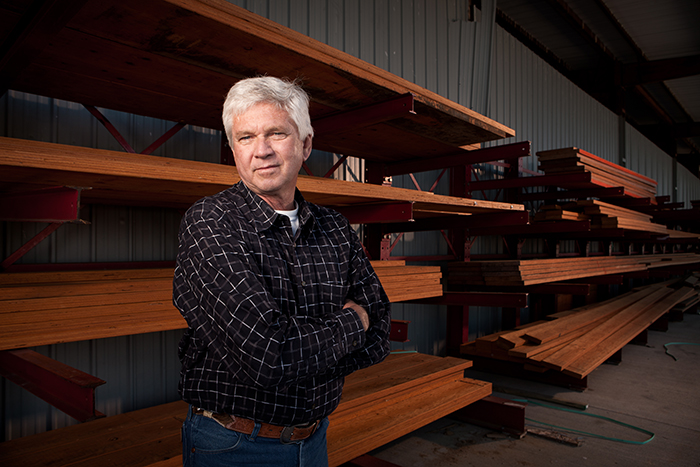 It’s a busy morning at Mid-City Lumber, and President Mike Teel is grappling with one of life’s big decisions: What’s for lunch? Plans have changed due to an overnight fire at a local restaurant, and Manager Kevin Pickett needs to find another place — preferably locally owned — where they can get 40-odd meals within the hour.

As it turns out, they order in pizza. An office worker holds a pennant-shaped slab in his hand and eyes it with a look of pure joy. It’s a pretty good sign that today’s employee appreciation lunch has met its mark.

“This is one of the reasons why you wouldn’t want to leave,” says longtime employee Gayle McCoy. The Columbia location happens to be short staffed today, and this simple act of gratitude says a lot about how Mid-City does business. It also sheds light on how a relatively small local company has thrived alongside a number of big-box competitors.

“I stay because I like it here,” says McCoy, adding that Mike Teel treats his employees better than anyone she’s ever known. “He is a very fair person, first of all. He’s concerned for his employees on a personal basis but can be tough when he needs to be.”

McCoy, a 40-year veteran with the company, was one of a handful of employees when Mike Teel and three partners bought Mid-City Lumber in 1980. Today Teel is majority owner, and Mid-City employs a full staff at its locations in Columbia, Boonville, Fulton, Jefferson City and Sedalia. Over the years the company has faced growing pains, competition from national chains and a big drop in the housing market.

A decade ago the country’s housing bubble was heating up, and the building industry was booming. A 2003 story in the CBT quoted Teel as saying, “I never had to lay anyone off because we didn’t have the work.” Five years later, the economic downturn hit the industry hard.

“We cut half our staff during 2007, 2008,” Teel says. “You don’t like to let people go, but you either get lean or go out of business. I’ve told some of the guys here we were fortunate that we were able to weather the storm over the past few years. I feel like it’s behind us now. We’re on the rebound, but for two or three years it was tough.”

Teel is no stranger to hard times. Back in 1971 after returning from the Army Reserves, he found himself looking for work at Columbia’s unemployment office. They sent him to International Paper, a lumber company that was located downtown at the time, and he got a job driving a delivery truck. Later he would consider this experience a huge advantage.

“It’s kind of one of those things where I wouldn’t ask you to do something I wouldn’t do myself or haven’t done,” he says. “Nobody wants to work hard for somebody that’s not working hard. I know what it takes to make that delivery — loading the truck, and if it’s muddy, having to carry the order from the street — so don’t give me an excuse. It doesn’t fly.”

Teel’s no-nonsense approach is of course necessary in any line of business, but he balances it with a sincere desire to help his employees, customers and even the community at large. When one of his workers complained that he couldn’t pay his bills, Teel sat down and tried to help him cut unnecessary expenses. As McCoy puts it, “One thing about Michael is that he never loses his faith in people.”

While at International Paper, Teel came into his own as a salesman calling on builders and contractors. He excelled in sales, which offered another set of experiences that would prove invaluable. When national chains began moving into Columbia’s lumber market, his decision to focus on service was a natural and logical choice.

“I’m glad to be able to do business with Mid-City,” Paul Meyer says. “I’m the one that receives the delivery. Whether it’s a small remodel or a new custom home, they deliver materials to me in a timely fashion. They know what I expect and what I will not accept, and they load my orders accordingly. On the rare occasions where I have to visually see and handpick something, I always get fantastic service.”

Meyer, who has worked for Oakstone Homes for 23 years, says he has confidence in the quality and consistency of the materials at Mid-City. He can also depend on top-notch customer service, which isn’t always the case with the chains.

“The people at locally owned lumber yards are pros,” says Ben Vineyard, owner of Vineyard Homes Inc. “Forget about getting much information from the folks at big-box stores. They’re just employees like at McDonald’s. If you come back the next day, they might not be there. You’re always going to get the same staff at a local lumber yard.”

Teel takes service a step further by offering his customers what he gives his employees: an occasional free lunch. Customer appreciation lunches have been immensely popular over the years, with workers dropping by for a quick bite before heading back to the job.

Sometimes, when the workers are too busy to stop by, the staff delivers the meals to their job sites, McCoy says. It’s an effort to build goodwill with the worker, who’s often the one ordering the materials. It also gives local workers and contractors a chance to visit and network.

“Let me tell you, the shrimp creole is to die for,” Meyer says. “Mike Teel is always there to greet people and say goodbye. He really makes a point of thanking people for doing business with him. He knows what it’s all about.”

“You know as well as I do that if you get greedy, you’re going to fail,” Teel says. “This is going to sound corny, but it’s not about the money. You have to make money to stay in business, but you can’t go to work just for the money, or it won’t work.” 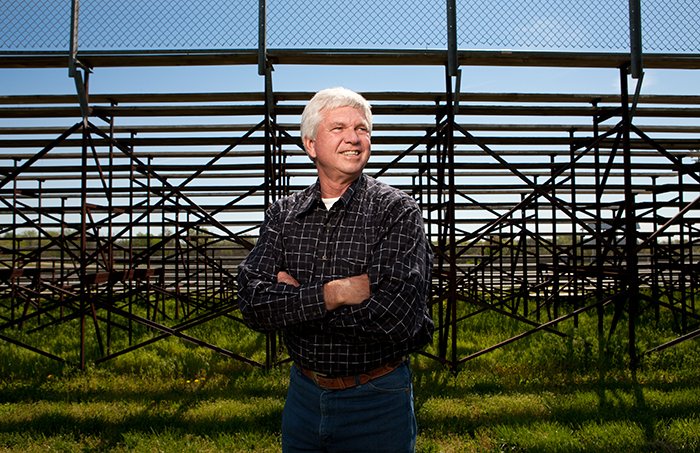 Enjoy what you do

One venture that’s not at all about the money is Teel’s management of the Central Missouri Event Center, formerly called the Fairgrounds. Teel, along with Brent Gibson, a CPA employed by Mid-City Lumber, agreed to take it over in the fall of 2011.

“We don’t even get a salary,” Teel says. “The county that owns that facility didn’t have anybody else that was sick and dumb enough to do it, so we’re ready to stay another six months until July 1, 2014, to help train another event manager.”

Teel says the county pays them $16,000 a month to run the facility, but they spend it all on utility bills, wages and other operating expenses. They eliminated six or eight events that weren’t moneymakers — a cat show, for example — and added more appropriate events such as the Home Show. Teel says he took on managing the property for the challenge and that during the first year it was kind of fun to clean things up, straighten out the books and get the yard mowed.