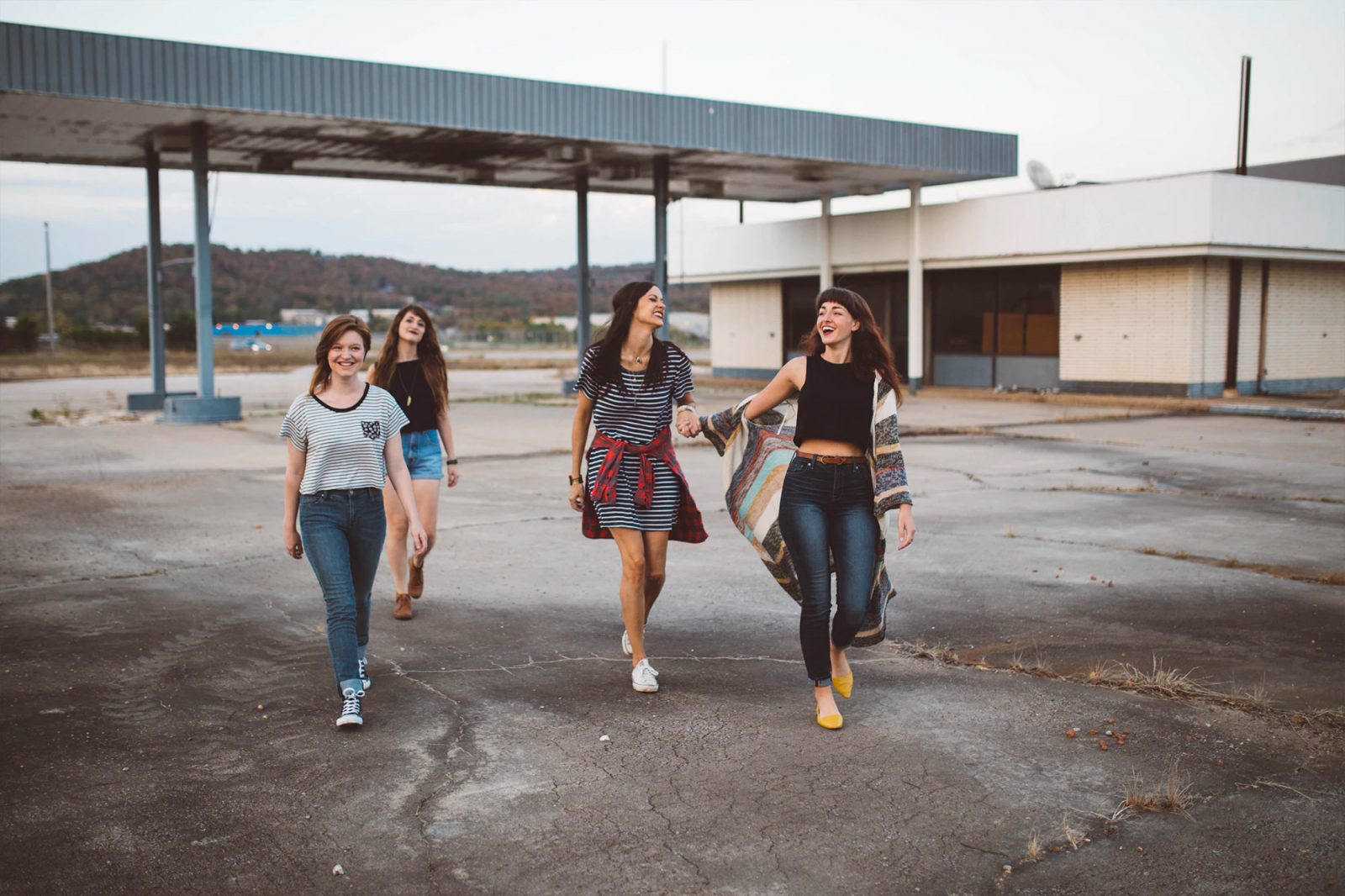 With the push to live longer, healthier lives, new and improved diet programs flood an already saturated market on a daily basis. Yet, an increasing number of people are turning away from fad diets altogether and starting to pay attention not just to the foods they eat, but where their food comes from and how it is processed. In essence they are taking to heart the old saying, “you are what you eat” and opting for a diet rich in whole foods.

“We’ve changed what we eat,” says Denninghoff, and the result is we are getting more calories than we need. “As a result, obesity, diabetes and hypertension has become rampant.” In fact, emerging studies link diet to many diseases. An article in the European Journal of Internal Medicine, Nutrition and Alzheimer’s disease states, “The detrimental role of a high carbohydrate diet, a diet high in processed carbohydrates and low in fats overtime can lead to insulin resistance and diabetes (2011).”

This makes perfect sense to Dr. William Trumbower, Ob-Gyn, who struggled with weight most of his life. “I grew up a fat kid, the kind of kid picked last for every sport. I was also a fat doctor. I was 220 pounds, at 5′ 10”, at my heaviest.” Now he follows the Paleo diet, focusing on eating food groups used by our Stone Age, hunter-gatherer ancestors. “Humans began eating ‘new’ foods about 10,000 years ago,” Trumbower says. “Grains were the first, followed quickly by dairy and other farming grains. Within two generations of being farmers, the average human shrunk four inches. These foods are not nutritious, they are a calorie source,” he says. In addition, Trumbower says grains and legumes produce poisons designed to damage the guts of predators. “The only one that most people have heard of is gluten – a protein that is in wheat, barley and rye.”

Gluten is certainly a hot topic. In fact, the National Institutes of Health, University of Chicago Celiac Disease Center estimates one out of every 133 Americans (about three million people) have celiac disease, and of these, 97 percent are not diagnosed. In addition, five to ten percent of all people may suffer from a gluten sensitivity of some form (2012).

“No human has the digestive enzymes to totally break down gluten,” says Trumbower. “It hits your gut in an unbroken down form and has the ability to penetrate the gut wall and enter the systemic circulation.” When this happens, some people only get a little inflammation. But inappropriate elevations of inflammation are associated with many diseases, such as heart disease, dementia, Alzheimer’s and diabetes. Furthermore, wheat and gluten can damage the GI tract and cause what is known as Leaky Gut syndrome, says Denninghoff. “You end up with a damaged intestine that is not as functional,” he says, allowing bacteria, toxins, undigested proteins, fats and waste to leak into the blood stream, creating the perfect storm for allergies.

“We know sugar is addictive. Gluten is also addictive and additionally it makes you hungry – stimulates your appetite,” Trumbower says, facts not lost on many of the large food processor companies. “They use a number of things to make you hungry and add things like sugars, gluten, MSG and NutraSweet” which keep customers coming back for more, increasing the chances of an individual gaining weight.

Something more than thin

But there appear to be many more immediate benefits of adhering to a whole food diet as well. Shelly La Fata, a recent culinary school graduate with her Natural Food Chef title says, “I didn’t realize how tired I felt until I switched to eating whole foods and had so much more energy.” She believes this is because her body doesn’t have to slow down to figure out how to digest everything. Additionally, La Fata used to suffer from chronic back pain, the result of sports and car accident injuries. “After committing to a whole foods diet,’ she says, “I have zero back pain. I also had acne that I battled for ten years and now it’s gone.”

Jane Smith also saw dramatic improvements in switching to a whole foods diet. “My skin got a whole lot clearer. My blood pressure went down and I eventually got off of three blood pressure medicines; it was gradual, working with my doctor. Today, I can ride my bike better and longer, and I recover very well from long arduous exercise. I also don’t get colds and I don’t get the flu.” Smith actually transitioned a step further into eating a raw food diet, which includes mainly uncooked, unprocessed plant foods and today she helps others as a certified health-coach and raw food instructor.

For Croll, eating a whole food diet lowered his cholesterol significantly. About five years ago when chest pains sent him to the ER, the good news was he didn’t have a heart attack. But the experience motivated him to re-evaluate his lifestyle and eating habits. By exercising and following a modified Zone Diet, which in its simplest form stresses low fat protein and colorful fruits and vegetables, Croll cut his cholesterol in half in six months.

But if eating a more natural, whole food-based diet is the key to better health, why don’t more people jump on this bandwagon? Denninghoff believes part of the reason is because so many people see food as a personal issue. “That it’s like a scary thing to mess with,”
he says. Croll believes modern culture also plays a role. “Sometimes people don’t want to be responsible for themselves; they want somebody else to take care of everything. I think people expect their doctors to prescribe medications. Too often, they would rather pay the money for the pill than change any personal habits.”

For Trumbower, out-dated recommendations are also a problem. “Heart disease as we know it today is relatively new,” he says. “It escalated dramatically during the 40s, 50s and 60s,” which correlates with the introduction of more processed foods into the American diet. In addition, he says a 1970s federal subcommittee addressing the rising numbers in heart disease was lobbied hard by big food processing companies. As a result, the committee recommended a low fat, low cholesterol diet, even though scientists and cardiologists at the time were skeptical. This move opened up a whole new group of foods for sale, which Trumbower says were encouraged by the government and recommended by physicians. “About this time the nation began to have problems with obesity.”

Trumbower also believes the current food pyramid is problematic. The majority of the national and international health organizations, American Diabetes’s Association and American Heart Association still refer to the food pyramid created by the Department of Agriculture.” Because this was created by an agriculturally-leaning group, Trumbower feels the pyramid’s design is more akin to sophisticated marketing then food science, and with current dietitian training based upon the pyramid, it will continue to be the gold standard.

All three doctors feel the pharmaceutical industry also plays a role. Pharmaceutical companies lose money when people turn to healthier diets and life styles rather than relying on drugs. So it’s no wonder pharmaceutical advertisements are so prevalent, especially on TV. “It’s all been sold to us as the solution, but it’s more of a bandage for the problem,” Denninghoff says, adding that in many cases, diet and exercise may be all that is needed to improve or resolve a health issue.

Croll believes doctors have an ethical obligation to provide their patients with options. “I talk to them about their weight and their food diet when they come in for a procedure and tell them there are no surgeries without risk,” he says. “They might be able to do it themselves in three months with some knowledge, and if they put in a tiny bit of effort.”

Many grocery stores are recognizing the increased interest in whole foods and responding by enlarging their organic produce sections and offering grain-fed and hormone-free meats and dairy products. Clover’s Natural Market team member Nellie Nash Boyt says, “There has always been this core of folks who have gravitated toward whole food, but today, the spectrum of people that are interested is broader.” Over the last two years, Clover’s has also stopped carrying any genetically modified grain products. “There’s a debate about whether organic is more nutritious,” she says. A recent study does suggest that organic tomatoes have more nutritional quality (PLOS ONE Journal Information, 2013). “But the fact that you are not putting toxins in your body,” Nash Boyt says, “makes the food more nutritious.”

However, changing any diet takes some effort.  “You have to want it real bad,” says Trumbower, who adds it took having terrible knees, major surgery and an autoimmune thyroid condition to finally convince him. “Now, I am a big believer in decreasing inflammation by changing what you eat.” Trumbower’s experience has motivated him to promote healthier food choices for his patients.

Nash Boyt says making the transition is easier when you keep in mind a simple fact: “Everything you put into your body is either used for good health or disrupts the health of your body. Food is one of the only controls we do have over our health.” Croll agrees whole-heartedly. “You can positively impact your health by what you take in. Pay attention to what you eat and minimize processed foods, which often have high sugar and chemical additives.”

For Smith, eating a healthy diet just makes good sense. “You’re not asking your body to mess with things it was never designed to do. When you put just nutrition in your body, you get all the garbage out and you don’t need as much food. Your body is happier when it doesn’t have to fight all the gunk.”

As a final note, Denninghoff suggests start by recording everything you eat. “If everyone would keep a food journal for a couple of weeks and read the food labels, they will be surprised what they are eating,” he says. “People need to eat whole fresh foods, such as meat, nuts, fruits and vegetables. There’s never been a better time to eat well. Anybody that wants to be better can be.”