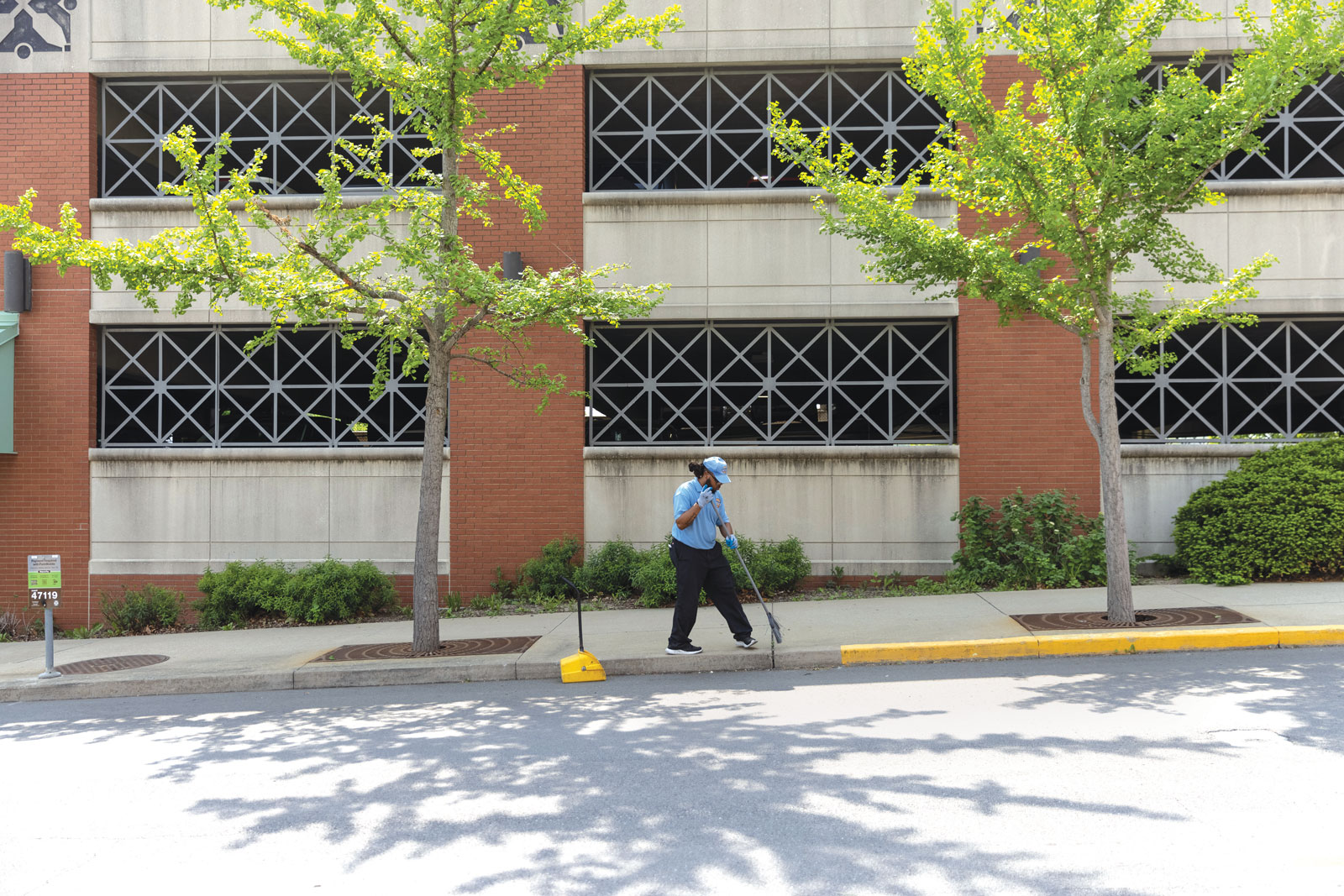 If you’ve ever walked around downtown COMO’s 50 blocks and admired how clean they are, there’s someone to thank for that — several people, in fact. Bill York and his crew of Block by Block (BBB) ambassadors put in the hard work of keeping The District as clean as possible, all year round, no matter the weather.

“I like what I do. When I’m cleaning, I know I’m making a difference in my downtown,” Bill, Block by Block operations manager, said.

Block by Block is a Louisville, Kentucky-based organization whose cleaning and safety services can be found in the downtown areas of more than 100 municipalities, including COMO, which so far is the only Missouri city to implement BBB services.

BBB offers a one-stop-shop for cities looking for a way to keep their downtown areas clean, attractive, and safe. They recruit for and fill the positions for street cleaners, called ambassadors, as well as provide training, uniforms, equipment, HR software, and more to make it as simple as possible for downtowns like COMO’s to “plug and play” BBB services into their community.

BBB came to The District in 2016 and is paid for by the Downtown CID.

“The District sought out BBB due to the amount of trash and debris that was on the sidewalks of downtown,” says Nickie Davis, executive director for The District. “Two of our top priorities are to keep our District clean and safe. BBB helps with both those things.”

Bill and his three ambassadors go out and do the largely thankless job few others wish to do. It’s not unusual for each ambassador to walk 8-12 miles a day as they clean up downtown.

“We remove litter and debris from sidewalks and curb lines, and remove graffiti from benches, bike racks and trash cans,” Bill says.

And the graffiti is a challenge: For BBB purposes, graffiti is not limited to your typical spray paint art; it’s basically anything that doesn’t belong where it is, and Bill says that in downtown COMO, stickers are a big culprit. Flyers for events and lost pets also count as graffiti, and Bill points out that there are designated bulletin boards downtown for these items. In the last 13 months, Bill and his crew have removed 18,000 pounds of litter and 942 pieces of graffiti from downtown. In April of this year alone, The District’s BBB team cleaned up 1,300 pounds of trash and 171 graffiti incidents.

“There’s more trash when MU is in session and when the weather is nice.”

Despite these impressive numbers, cigarette butts are still among the top trash items the ambassadors pick up. Bill says he wishes people would use the recycling ash trays more, along with the regular trash cans.

Looking ahead, the BBB program may grow to include more street cleaning ambassadors as need dictates.

If you see an ambassador cleaning downtown, be sure to say hello and thanks for their hard work.

The District, Downtown CID hired the first Block by Block ambassadors in October of 2015 and the impact they have made is incredible…