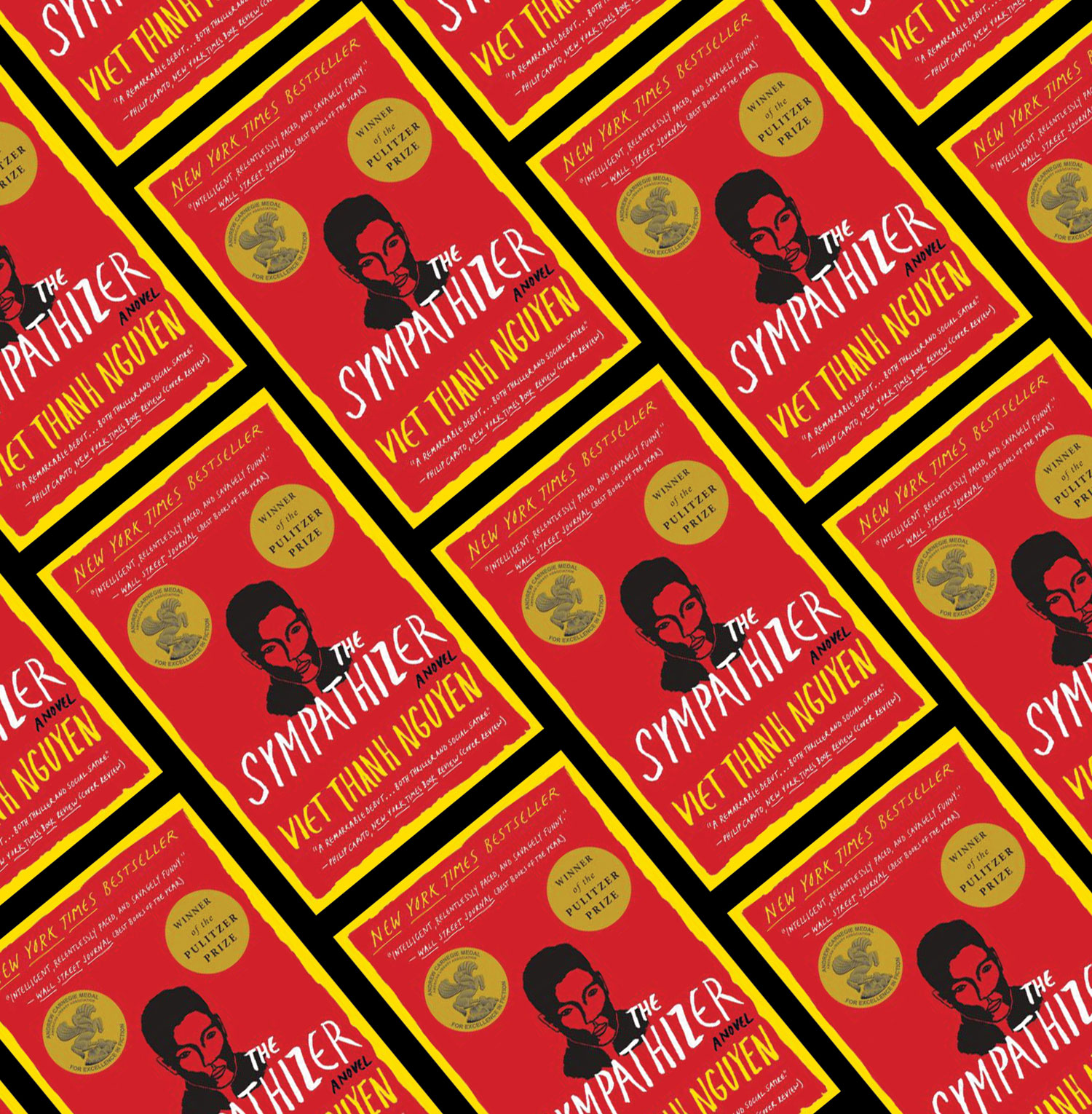 We’ve had a wonderful time selecting titles for the Skylarking Book Club so far. There are many different criteria we think about when choosing the books, and with each passing month we’re learning more about what the lovely folks who show up at the book club enjoy. It is, in some ways, an agonizing decision because there are so many extraordinary books that we’d love to discuss. For every title that we settle on, there are dozens more that we have considered and regretfully passed on. (Which is why we’ll be introducing more book clubs later this year… watch this space.)

Sometimes, though, the titles pick themselves. After two years of pandemic-ravaged programming, April sees the return of the Unbound Book Festival, live and in person — and, excitingly, downtown for the first time. This year’s keynote speaker is the brilliant Viet Thanh Nguyen. Viet will be in conversation with award-winning poet Patrick Rosal at the Missouri Theatre on Friday, April 22, and in honor of what I know is going to be a memorable night, we will be discussing his debut novel, “The Sympathizer,” at March’s Skylarking Book Club.

The book’s unnamed narrator is a half-French, half-Vietnamese army captain who is working both for the American forces and spying for the Viet Cong. After the fall of Saigon, he escapes to America (just) and sets about re-establishing a new life in the States. Still, though, he finds himself torn between two worlds. While he tries to carve out a new existence among his fellow political refugees in Los Angeles, he is unable to leave his old life behind – he continues to act as a double-agent for the communist regime back in Vietnam. So yes, it’s about a spy, but — as a glowing review in The New Yorker observed — calling this a spy novel is about as helpful as calling “Crime and Punishment” a police procedural. It’s so much more than that. To call a book “genre-defying” is something of a cliché these days, but “The Sympathizer” really does deserve the name. In addition to being a taut and fiendishly clever spy story, it’s also a sweeping epic of love and friendship, an exploration of nationality and loyalty, and a blistering absurdist satire — all wrapped up in spellbinding prose that some have compared to Graham Greene and Saul Bellow. Oh, and it’s funny as hell.

The novel starts with an admission. “I am a spy, a sleeper, a spook, a man of two faces. Perhaps not surprisingly, I am also a man of two minds.” He is the Sympathizer of the title, in every sense of the word. In a polarized society where people prefer simple, binary categorizations, the clarity of black and white, the narrator can see both sides to every story. He is constitutionally unable to be as dogmatic or as loyal as he or his superiors would like. This is his gift, but also his burden. It certainly makes life more complicated, and he often finds himself in an ethical and political limbo as a result, wrestling with complex moral issues while the rest of the world ploughs unthinkingly on. The novel is restless, forever shifting focus, taking us across the world and back again, from war zones to re-education camps and movie sets (the narrator lands a job as a consultant on the set of a film about the recently ended war, which gives Nguyen the opportunity to gleefully skewer American tone-deafness to their role in the catastrophe.) Indeed, Nguyen is highly critical not only of American actions during the war in Vietnam but also of the country’s subsequent attempts to rewrite the history of what actually went on there. The book offers a perspective on the era that, until its publication, was not often presented in America. For that reason alone, it would have been an important book, and one worthy of your time. That it is also fabulously entertaining makes it utterly unmissable.

For these glories, “The Sympathizer” was awarded the Pulitzer Prize for Fiction in 2016.

We’ll be meeting to discuss this marvelous novel at Skylark Bookshop on Thursday, March 24, at 6:30 p.m. All are welcome, and there is no cost to attend —  we just ask that you purchase your copy of the book from Skylark. We look forward to seeing you there — and then to hearing Viet Thanh Nguyen himself speak at Unbound just under a month later, on April 22.