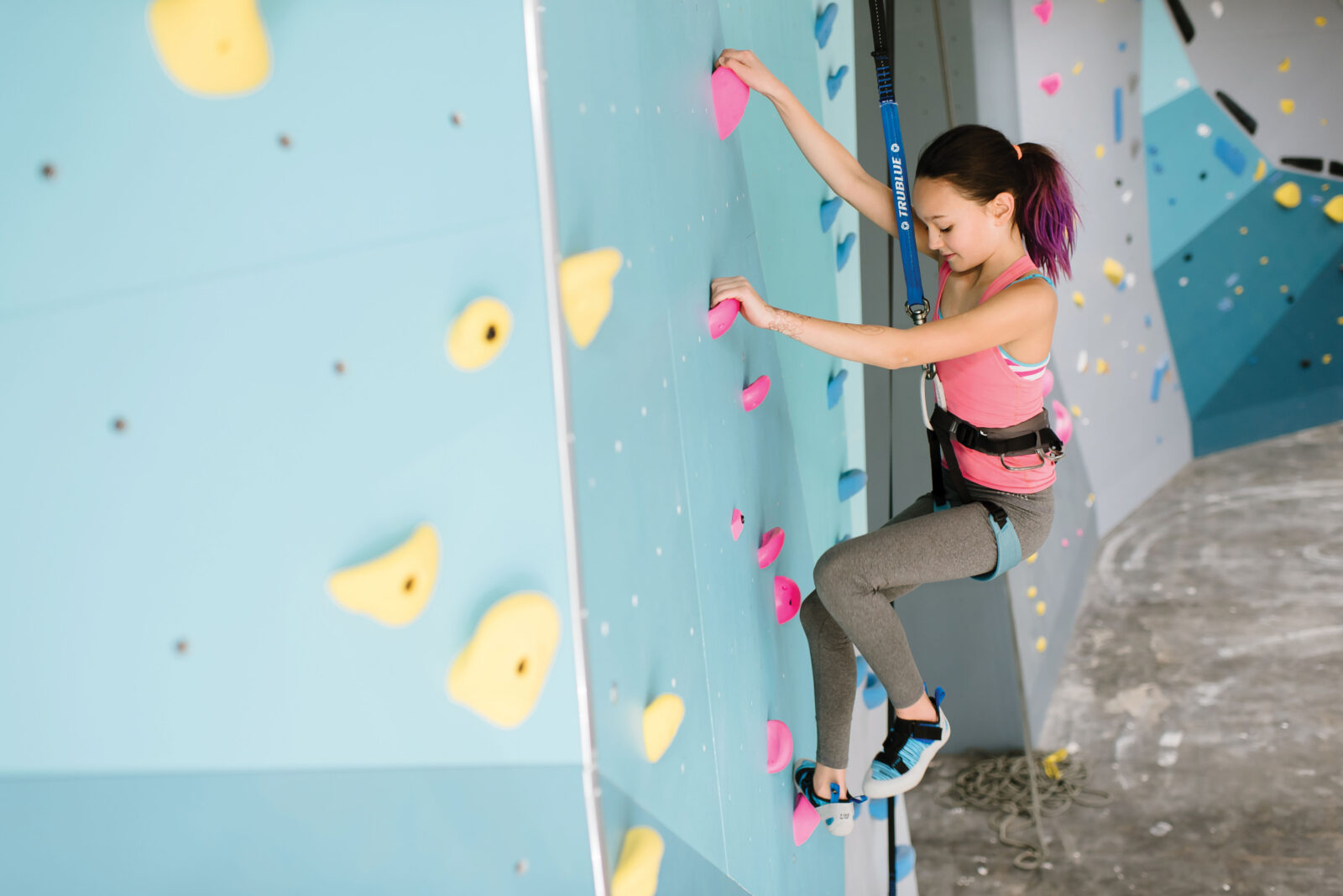 With nearly 40 years of combined climbing experience, business partners Dave McGee and Wil Palmieri are no strangers to the view from the top — or the challenges you run into getting there. It’s a view, and passion, they hope to share with many other Columbia citizens at their world-class climbing gym, CoMo Rocks.

The two met at a 24-hour outdoor rock-climbing competition in Arkansas. They ran in similar circles and had heard of each other previously but had never met. When they finally did, they realized they shared a dream of opening a climbing gym in Columbia. The rest, as they say, is history.

Dave found rock climbing while in Springfield, Missouri, as a student at Missouri State University. He built and managed a climbing gym there in the late ’90s, where he also met his wife, Jenny. They extended their three-month honeymoon in El Salvador to a three-year stay before finally settling in Columbia in 2010. Since day one, Dave has felt the desire to open a climbing gym in Columbia, as he believes “every town needs a good quality rock climbing gym in order to build community.”

Wil has been climbing since the early 2000s, when he joined a group of experienced climbers that allowed him to make mistakes and learn along the way. He was overcome with passion for the sport and the community that it builds — so much so that as an undergraduate in Minnesota, he gave up his position as captain of the wrestling team and quit in order to work at a local climbing wall. From then on, no matter the city, state, or country (yes, even in Lyon, France — true story!) you can count on Wil checking out the local climbing gym. Because for him, it’s not just about the gym; it’s about the community that gym has created.

Community is the foundation of CoMo Rocks, expressed directly in their tagline “Empowering Individuals, Elevating Community.” They hope to offer everyone — no matter what age, race, or background they come from — the opportunity to climb. They plan to partner with nonprofits and other organizations to make climbing accessible to everyone. They’ll be working with Family Access Center of Excellence of Boone County, or FACE of Boone County, to provide child care to mothers who need respite, allowing them the opportunity to clear their mind and climb.

The gym will provide an environment that has great opportunities for education. “Climbing is inherently dangerous, with elements you can’t eliminate,” Wil says, “but what we can do is teach. We can teach people how to behave in a climbing gym, the standards of safety, and general awareness.” The classes and educated staff available at CoMo Rocks will benefit climbers of all experience levels, especially younger generations, which the duo hope to inspire.

If you’ve never climbed before, you may be asking yourself, “Why should I?”

“Climbing is the total package,” according to Dave, and comes with benefits those unfamiliar with the sport may not realize. It is a great physical workout, but it also challenges you mentally. When you’re climbing, you are essentially solving a puzzle with your body, determining the right movements while also handling the technical side of things, such as rope management.

There is also the relational and social aspects of climbing, especially with partners. “When you’re on the side of a mountain, terrified, you have to work together to get through it. Once you’re through, you have someone who understands and has seen you at that moment. It creates a bond like no other,” Wil explains.

One of the biggest challenges the sport faces is perception. People assume they won’t be able to climb for a variety of reasons — their age, fear of heights, not having enough arm strength, etc. Wil and Dave have watched many people overcome these perceived barriers, and the reward one feels from doing what they think is impossible, as well as the confidence they gain inside and outside of the gym, is indescribable.

Though there have been a few bumps in the road to opening CoMo Rocks, Wil and Dave have taken the lessons learned through climbing about perseverance to remain positive. After six years of working on this project, CoMo Rocks is coming to Columbia soon. So if you’re ready to explore your adventurous side, be sure to give this state-of-the-art facility a chance.

September 15, 2021
Plumbing and framework are completed.

October 2, 2021
Sneak peek renderings of the facility are released.