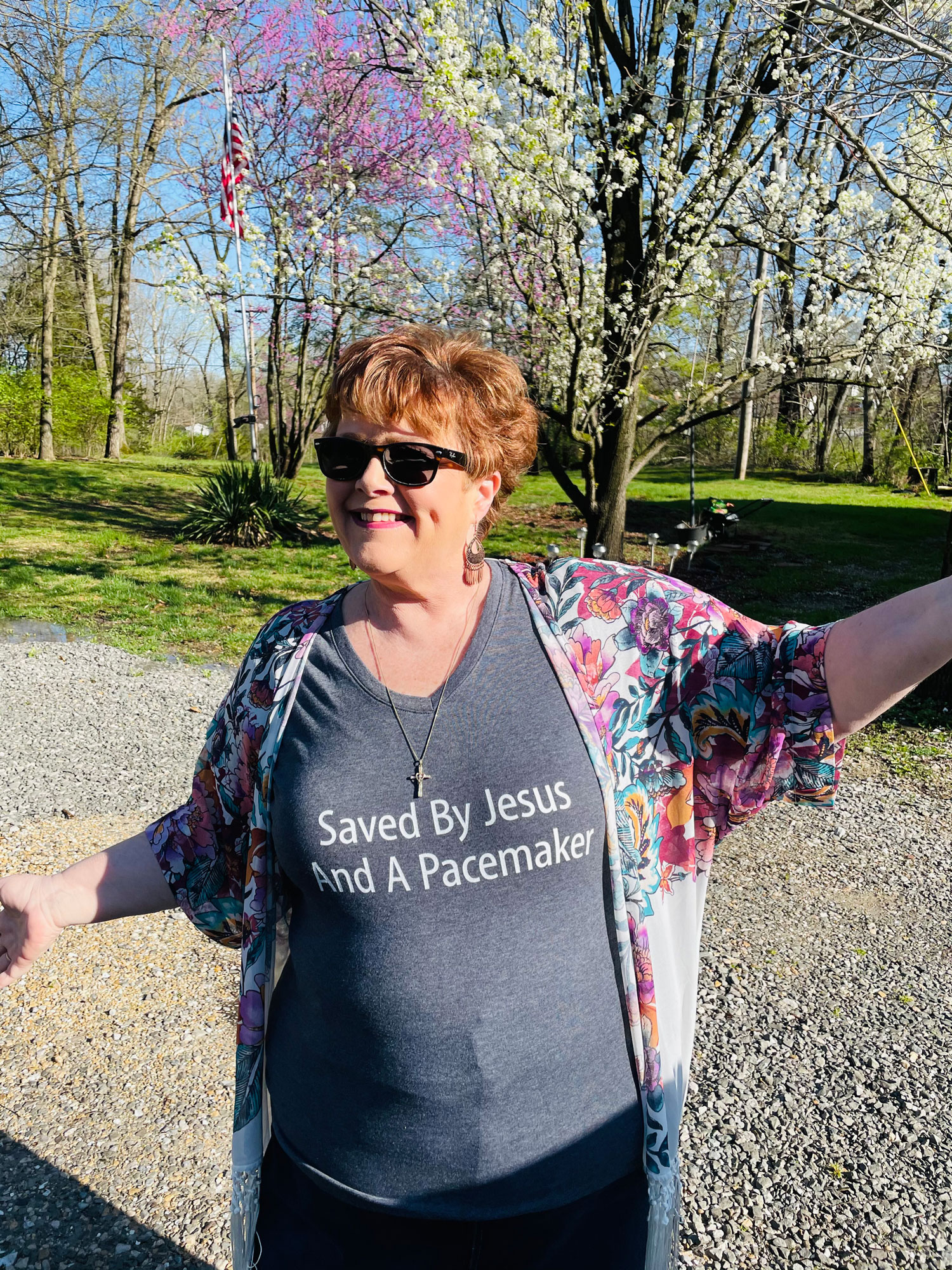 Off Rollins Road, you may have noticed a small automotive shop with a large, bright green dinosaur that sits out front. Mutrux Automotive is family owned and operated with a charm that harkens back to a simpler time. However, if you step foot into the building, you’ll notice that Mutrux Automotive isn’t just a body shop — their storefront is peppered with beautiful glass and copper art and jewelry available for perusal while you wait for your tires to be rotated. This art is the work of Cindy Mutrux, who first found herself inspired by one of the shop’s own customers.

“It started with a customer who brought me a piece of glass — it was an American flag magnet,” Cindy says. “I said, ‘Oh, where did you buy this?’ and she says, ‘I made it!’ and I thought, ‘Oh my goodness, I have got to learn how to do this.’”

Though Cindy had previously been interested in glass, it was that small American flag magnet that finally inspired her to learn how to work with the material. She began taking classes and fell in love with the art form, and once she was proficient enough, Cindy decided that she wanted to teach, too. “Art is therapy, and I felt like this load had just released for me,” she says. “I thought if it can make me feel this way, it could make other people feel this way as well.”

Cindy began hosting classes on Saturdays, using an empty bay in the garage as her classroom to teach small groups of people who wanted to learn how to make their own glass art — even those who thought they would never be able to do so.

“People would tell me, ‘Oh, I could never do that!’ and I would say: ‘Well, can you break things? If you can break and glue, you can do glass fusion.’ That’s basically what it is: breaking, gluing, and putting it in a kiln to melt,” she laughs.

“If you notice, none of my pieces are uniform in any way. They’re sometimes sloppy or messy, and that’s by purpose. That was the purpose of my classes, because life is kind of messy,” Cindy says. “People are a lot like glass. We come in different colors and shapes and sizes — some are sharper than others.”

Later, when Cindy was preparing to sell a 1920s home that her son had lived in, she came across a new opportunity. While replacing the roof, a contractor had discovered that underneath the shingles, the roof was copper. Buyers weren’t interested in the dated feature, but Cindy was.

“I said to my contractor: ‘I have an idea. Bring me that roof,’” Cindy says, She wanted to create art and jewelry out of copper. With the help of a friend, they began creating what Cindy calls “Copper with a Story.”

“I use different patina techniques for the copper,” she says. “I’ll use ammonia, vinegar, or kosher salt. Sometimes I use mustard! There’s all kinds of ways to patina copper and make it look funky.”

Though her methods may seem unorthodox, it results in one of a kind bohemian jewelry. Cindy is happy to have a creative outlet, but she says that the greatest reward is sharing art’s therapeutic effects with others, and she hopes to resume her classes soon.

“All I can say is that in my classes, something good always happens,” she says. “I call them ‘God Things.’ I’ve had a gentleman who had a stroke, and his thinking wasn’t quite clear, but he knew he wanted to create something. His wife brought him [to a class] and the smile on his face after he saw his art out of the kiln — that smile and that joy — I just burst with excitement. That’s what keeps me going.”