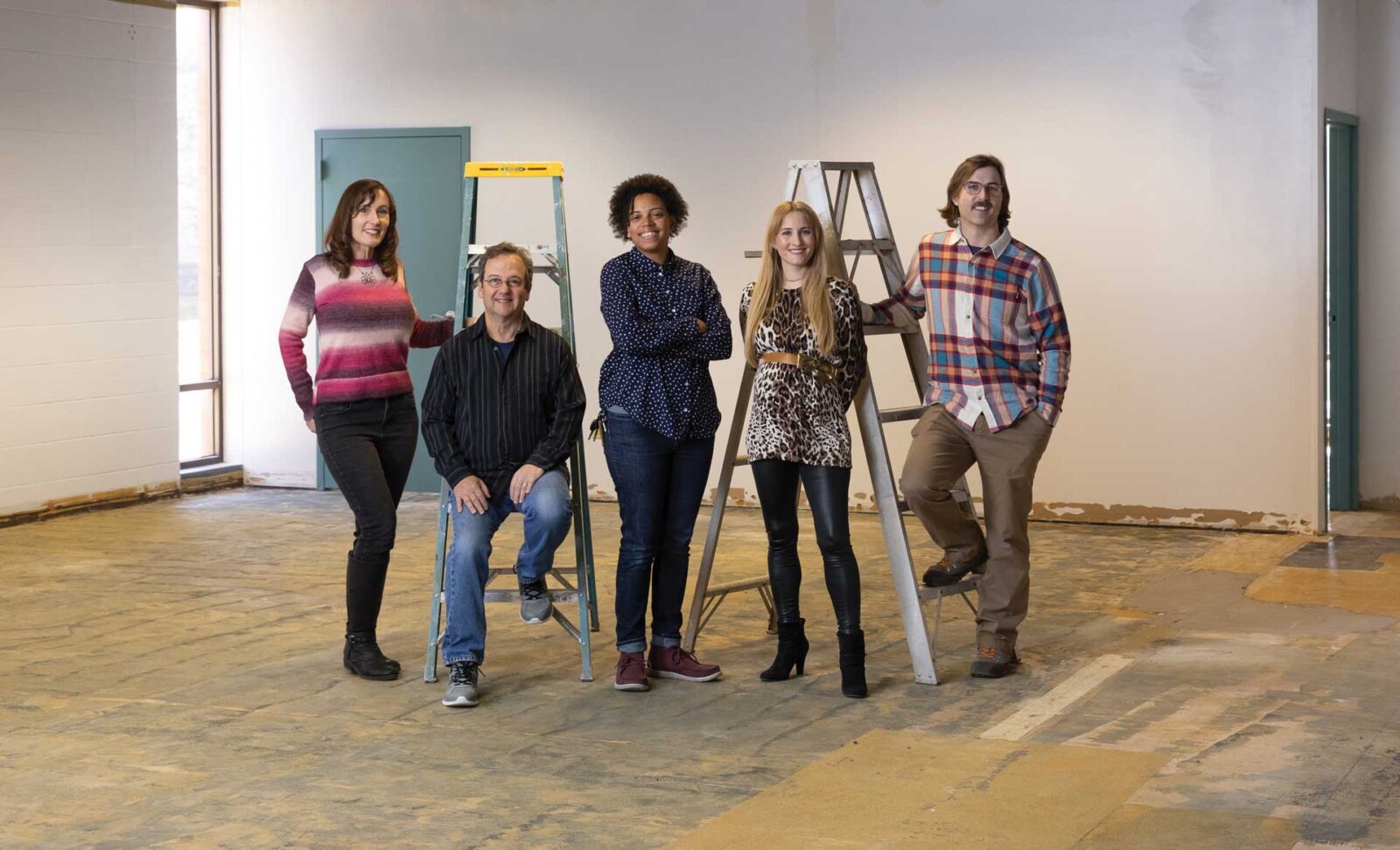 Compass Music Center is a dream 14 years in the making.

“We have always wanted to move into this,” says Phylshawn Johnson, director of Compass Inc. “But, you know, it’s all about means and fundraising and finding the right place at the right time — all of those things. And this is it. Everything fell into place.”

Founded in 2007, Compass is a nonprofit organization that provides aspiring musicians, singers, and songwriters with educational, promotional, networking, and showcasing opportunities to help them reach their full musical and artistic potential. They have hosted music showcases, Local Fest, youth open mics, and music camps for Mid-Missouri youth. Now, their biggest dream is becoming a reality — the Compass Music Center, a space for musicians to explore, perform, and confer. A space to be themselves.

“We are in a time where so much is being rebuilt, and it just felt like a natural time for us to build something for the community that we all know is needed,” Phylshawn says. “Music is such a beautiful healer and really helps build community, which is what I think a lot of people are missing after such a long time of isolation.”

Compass signed the lease for the Compass Music Center on September 1, 2021. The center is located on MU’s campus and is undergoing renovations before officially opening.

The overall goal of the music center is to help foster a music community that has access to opportunities, a space for musicians of all ages to grow, and a community hub for lessons, concerts, and more.

“I’ve been a musician my entire life,” says Violet Vonder Haar, director of Compass Music Camp, a youth camp program put on by Compass Inc., “and what is really important to me is to create a space that I really desired as a young musician. If a program like this would have existed when I was a kid, it would have been life changing.”

“One of the things a lot of our campers struggle with after camp is keeping their groups together or finding new groups to play with,” Phylshawn adds. “With the center, we will be able to offer programming year round, as well as a space for people to be able to practice and rehearse with other musicians — to create that community that we all are longing for.”

Beyond programming and classes, the Compass Music Center will really be whatever it needs to be for the community.

“What we offer will naturally unfold based on what the desire is and what people in the community are interested in,” Violet says. “I anticipate it to change and evolve over time just based on the need and want.”

“One idea we thought about was having a Fan Club,” Phylshawn adds, “where if you’re a fan of, oh, let’s say The Beatles, then there would be a fan group that can get together and kind of geek out together.”

Starting the Compass Music Center has truly been a community effort. Just three months after announcing the plans for the new music center, $37,000 was donated solely from the surrounding community. Compass was also one of the nonprofits that received funding from Veterans United Home Loans as a part of their 10 year anniversary campaign, in which Veterans United gave $10 million to local nonprofits. Compass received $222,700 based on employee votes to cover the construction on the new music center.

“It’s just absolutely incredible and a big weight lifted,” Violet says. “Every nonprofit that I know of in town has received funding. They have been able to give sizable amounts to so many groups in town. The long-lasting effect that is going to have on our community is just huge.”

Community involvement didn’t just stop at funding, though. Volunteers have been helping with demolition and getting things ready to be renovated. When the time comes, Compass will be having a volunteer paint party to help paint the new space.

“Volunteers do almost everything,” Phylshawn says, “from helping with grants to organizing programs and doing social media to greeting people at the door.”

“We are building this from the ground up,” Violet says. “We tell people who want to be involved that if they have a program they think would work well in this space, let us know. We are open to ideas, and as long as people want to be involved, we want to find a way to let them be involved.”

Compass signs a lease with Mizzou Hillel and begins fundraising for the Compass Music Center.