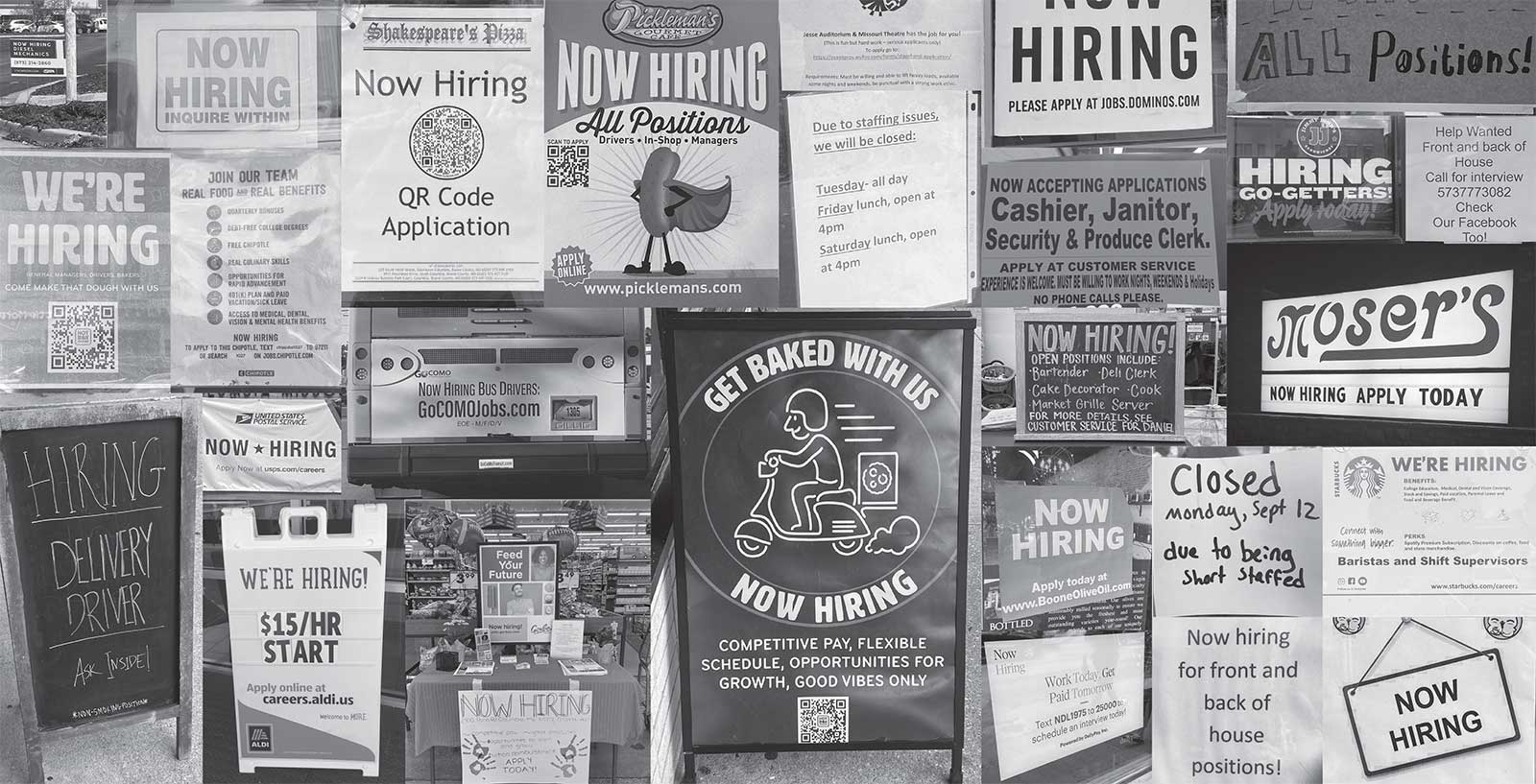 Attraction and retention are the names of the game.

Even before the COVID-19 pandemic noticeably impacted the national and local labor market across all industries, the health care, construction, manufacturing, and skilled labor markets were feeling the strain of locating and hiring qualified employees to fill job openings. At the Columbia Chamber of Commerce, a new workforce development division was already in formation to address those challenges. Then COVID-19 hit, and labor shortages became more pronounced.

“Since the pandemic, those same categories have labor shortages, but they’re bigger, and the shortages have grown more into other areas like finance, human resources, communications, graphic design, and IT,” says Matt McCormick, president and CEO of the Columbia Chamber of Commerce. “Just about every industry has shortages in positions they are trying to fill.”

Where Are the People?

The labor shortage is fueled by several factors, most of which have been amplified by the pandemic, Matt says.

Though technology has made remote work possible for years, more workers in Columbia and around the United States transitioned to strictly remote jobs during the pandemic. With geographic location no longer a barrier to employment opportunities, many workers have taken jobs with companies around the country. Matt says they’ve seen many examples of Columbia residents leaving local employment to fill remote job openings in other cities, like Chicago or St. Louis.

Also due in large part to the pandemic, many workers have completely left the workforce, either due to health concerns, responsibilities as a caregiver, school and daycare closures, or other factors. Matt says women have been disproportionately affected. According to a March 2021 U.S. Census Bureau population survey, 80 percent of those who have left the workforce since the pandemic began are women.

As people have left the workforce, fewer students are graduating from school to replace them. According to figures from the Centers for Disease Control and Prevention, Americans had fewer children in 2021 for the sixth year in a row, signaling the continuation of a trend that first began following the 2008 recession. This is another factor that is further compounding the labor gap, Matt says.

“It is multifaceted,” Matt says. “These are things happening now and things we are monitoring and working to prepare for in the future.”

The State of Unemployment

Because many of the available labor statistics paint a picture of what’s happening across the nation or around the state of Missouri, Matt says the chamber plans to survey Columbia businesses to get a better picture of what is happening locally.

“We want to work with Columbia businesses to get benchmark numbers on what we’re needing,” Matt says. “We will start by working with higher education institutions and organizations like Job Point to look at what gaps we have and how we can fill those gaps.”

Preparing for the Future

Although planning for the workforce development division was put on hold as the chamber navigated its way through COVID-19, it has now resumed.

The idea for the new division was the result of a leadership trip to Tuscaloosa, Alabama, in 2019, where Matt and the chamber’s leadership team learned best practices from community leaders in that town.

“They have a wonderful workforce development program and we learned a lot about that, and based on feedback from our board and our membership, we decided we needed to move forward with a similar initiative,” Matt says. “We’ve hired a vice president of workforce development so we can continue to move this forward.”

Matt says the organization is currently evaluating strategic initiatives targeted at talent retention and attraction. As they meet with businesses throughout Columbia, Matt says their goal is to have purposeful collaborations with businesses and higher education institutions and explore key questions like, “How can we help you prepare for tomorrow, and how can we help you today?”

“How do we retain the talent we have so it isn’t being pulled to other parts of the nation? How do we retain our students out of high school and out of higher education, whether they’re getting certificates or an associate’s degree or a four-year degree?” Matt says. “We are working to make sure we retain those students and that they see that there are career pathways here.”

The chamber is also exploring initiatives to attract talent to Columbia.

“We have to make sure we have the jobs, the housing, the transportation, the things that people are looking for when they’re looking at a community to move there,” he says. “That way, we can attract the talent here.”

At Quaker Oats, plant director Cole Knudsen says that every job opening or posting still results in applications, but the number of candidates is lower than ever.

“We were seeing that before the pandemic, and it’s the same trend other industries are seeing,” Cole says. “We aren’t getting as many candidates coming to the table. Of the people who apply, a lot of them are qualified, but it is the quantity that is more concerning.”

As a result, Quaker Oats has adjusted the way they handle job openings in an attempt to reach more job seekers.

“We’ve had to put more effort into our recruiting,” he says. “We’ve increased the number of ads, we host more events, we increase the amount of time postings are up, and we make sure we are accommodating people’s schedules when we bring them in. It has made it a little more work to keep up, but we are still keeping up.”

As many of the open positions are in the production area, Cole says the company aims to bring more visibility to the manufacturing industry by highlighting career paths. By raising awareness, Cole says potential candidates will have a better understanding of the skills necessary for a successful manufacturing career.

“We just participated in the Missouri Chamber’s manufacturing day, where we talked about career opportunities and successes you can have by working in manufacturing,” he says. “The primary audience was middle schoolers and high schoolers.”

While some companies are working harder for applicants, Matt says that others are beginning to reimagine how they operate.

“Some companies are looking at ways to do what they did before, but more efficiently,” he says. “That may also mean that they are developing jobs that didn’t exist prior. Maybe a factory that becomes more automated needs more people who are trained to keep the machines up and running.”

As the chamber places more attention on linking local businesses with institutions of higher education to build a pipeline of talent, Matt says that initiative will be one of the “game changers” in helping to grow the labor market for Columbia businesses. The chamber is also working to connect companies to apprenticeship programs through the state.

“We aren’t relying on one industry in Columbia,” he says. “We have a multitude of economic drivers, from higher education to health care. We aren’t just focused on retail or manufacturing. We are diverse in the types of businesses we have. That gives us the ability to grow and the sustainability to move forward.”