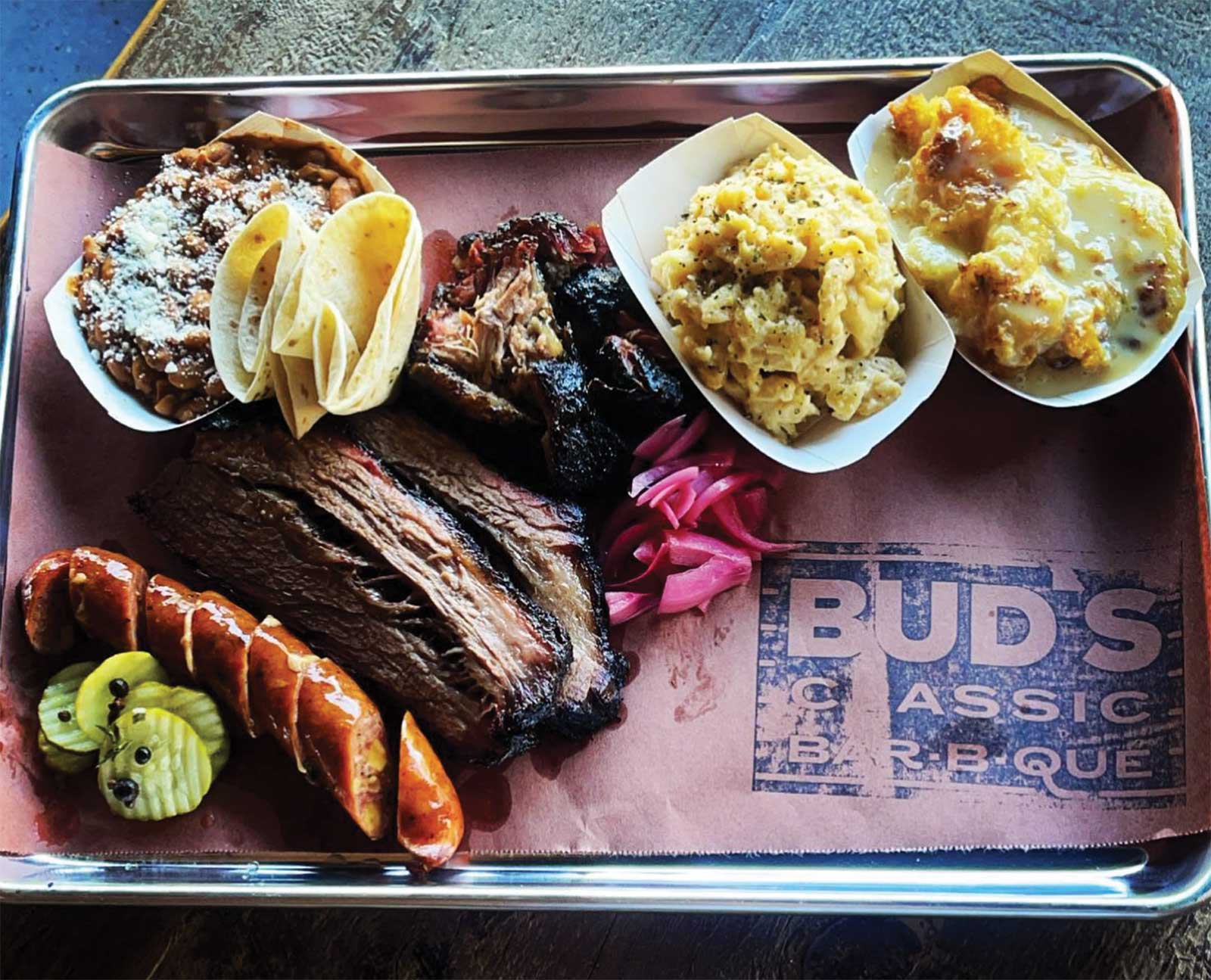 This month, we take a look at three of Columbia’s businesses: Nothing Bundt Cakes, Goldie’s Bagels, and Bud’s Classic BBQ.

For brunch, the restaurant is serving up items like a biscuit with crème brulee and pork belly and pancakes with craft old fashioned cocktail caramel sauce and pulled pork.

Bud’s Classic BBQ puts their own spin on barbecue classics like brisket, ribs, and sausage for lunch and dinner. They’re also combining Mexican cooking traditions with U.S.-style barbecue for menu items like tacos.

In addition to their innovative menu, the restaurant’s atmosphere is part of the experience. “I bought a barn near Hannibal, Missouri, and the tables, beams, and bar are all reclaimed,” Jason says.

In August, Columbia became home to the seventh Nothing Bundt Cakes bakery in Missouri. The national franchise bakery specializes in bundt cakes, according to manager Kaya Webb.

Nothing Bundt Cakes offers five sizes, ranging from ‘bundtinis,’ which is the smallest bite-sized bundt cakes, to ‘tiered bundt cakes.’ You can also choose from ten flavors baked fresh daily. The bakery is most famous for their handcrafted flavors like chocolate chip, red velvet, white chocolate raspberry, lemon, and confetti, all of which are topped with their signature cream cheese frosting. To make it more sweet, Kaya says Nothing Bundt Cakes offers a wide variety of decorated cakes for all kinds of occasions, as well as a variety of retail items. “It’s a one-stop shop of anything and everything you may need for a specific occasion,” she explains.

The bakery franchise was founded in 1997 and now has more than 300 locations in the United States and Canada.

Goldie’s Bagels, a pop-up shop that has been operating out of Pizza Tree, will move into the downtown location of the former Harold’s Doughnuts and Strollway Market on Ninth Street, according to an announcement from Goldie’s Bagels owner Amanda Rainey.

Some of the menu items for the pop-up shop include classics like the everything bagel, the plain bagel, the blueberry bagel, and the sesame bagel. As well as their best selling sandwich, The Yenta, which consists of cream cheese, lox, cucumbers, onion, capers, and dill.

The bagel shop is expected to open sometime this fall.