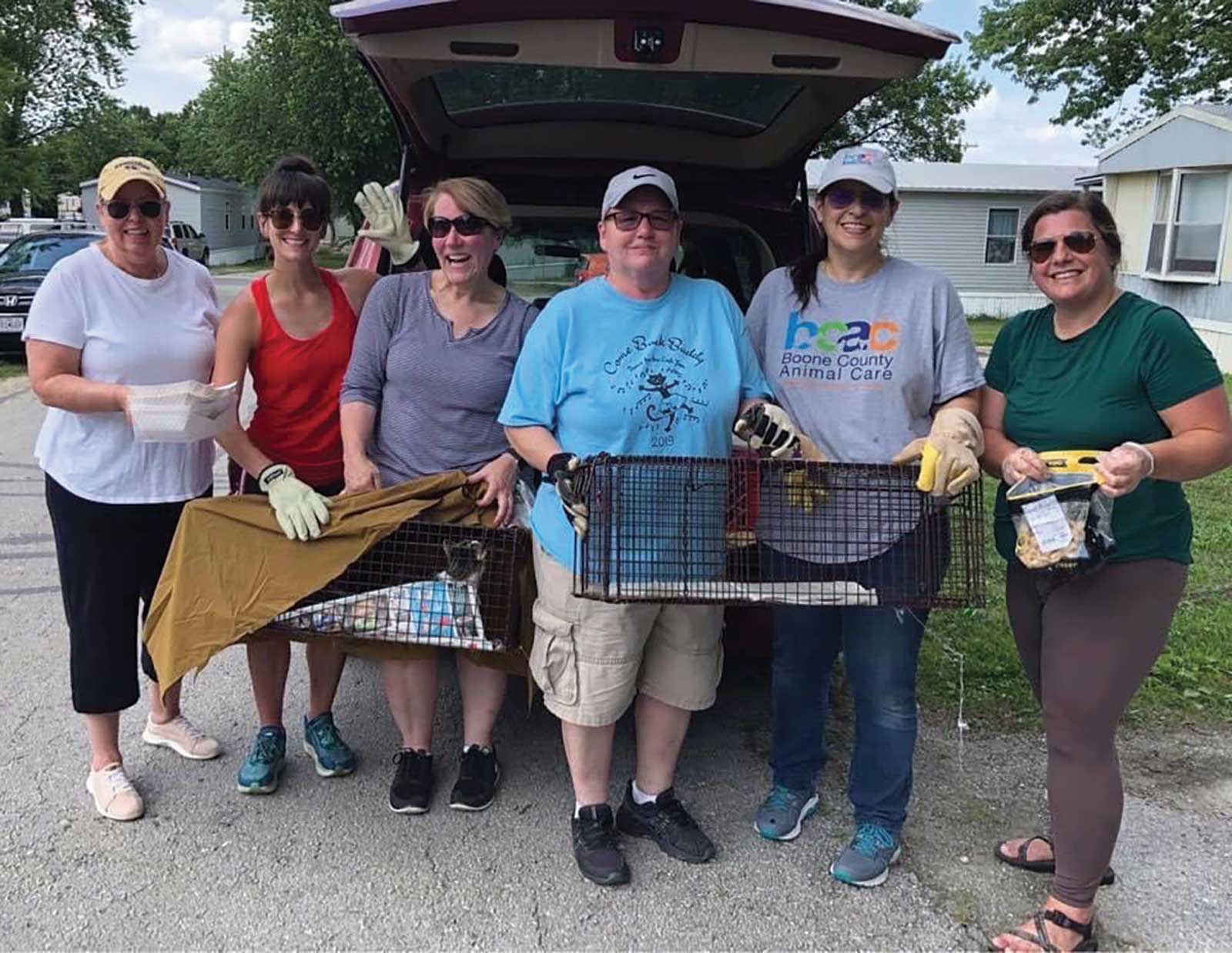 The Masonic Home of Missouri

An encroaching population of cats has been growing in Columbia in recent years. Fortunately, Boone County Animal Care’s Trap, Neuter, and Return program, or TNR, has come up with a humane way to treat this problem.

Diann Stelzer, the program’s coordinator and the person who first spearheaded the TNR program seven years ago, says, “The [program’s] purpose is to spay and neuter animals so that we can decrease the cat population in our community.”

By making it harder for cats to reproduce, TNR not only cuts down on the population, but it also cuts into the diseases cats spread to one another.

“Honestly, I don’t think a cat is happy getting pregnant three times a year. Even though happiness is a human emotion — who wants to be pregnant three times a year?” Diann says. “So animals that we come across, not only do we just trap them, fix them, and let them go, but we will treat them for fleas and worms. When that animal is released from us, it is healthier than when we got it. And it’s fixed, [so] it’s not going to spread disease.”

To be more effective, the TNR program goes after cats that are in most need.

“We do tend to go after animals that are sick, and part of the reason for that is they are not going to survive outside anyway,” Diann says.

Though this method might sound like TNR might accidentally pick up some cats with owners, cat owners need not worry. Diann and her workers usually get their calls from people who have noticed sick cats or cats that are obviously feral.

Diann says, “We only go out and trap cats that we are requested to trap, and these are [calls from] people who have been feeding the cat for a long time. Generally they know if it’s a neighbor’s cat. . . . We don’t just go out to any neighborhood and pick up cats.”

Thus far, the TNR program has helped the Columbia community in multiple ways.

Diann says that the program: “Keeps the cat population under control so that people who are bird lovers don’t have to worry about the birds being affected. . . . Cats that are sterilized lose their urge to fight. If they’re not fighting, they’re not spreading [disease]. If you sterilize them, they’re more likely to stay in one place than to roam in large areas.”

Besides cutting down the feral cat population, TNR has also worked with Papa’s Cat Café to find homes for cats.

“Back when Papa’s Cat Café started, they asked us if we would be their partner group, so we actually manage all the cats in the café,” Diann says. “I believe, as of today, we’ve adopted 420 cats through Papa’s Cat Café. They’re like a large foster home for us, so they can have between 20 and 25 cats. . . . People come into the cafe, and they can spend an hour with the cat. That’s very wonderful because cats tend to choose people rather than the other way around. If you go in with an open mind, it can be very surprising which cat picks a person.”

Though the TNR program hopes to expand its progress and has many ways for volunteers to help cats and the Columbia community, Diann believes the best way to reduce the problems feral cats bring is for Columbians to take a deeper responsibility for their pets.

She says, “I know it would be really helpful for all of Columbia if people would get their own pets spayed and neutered.”