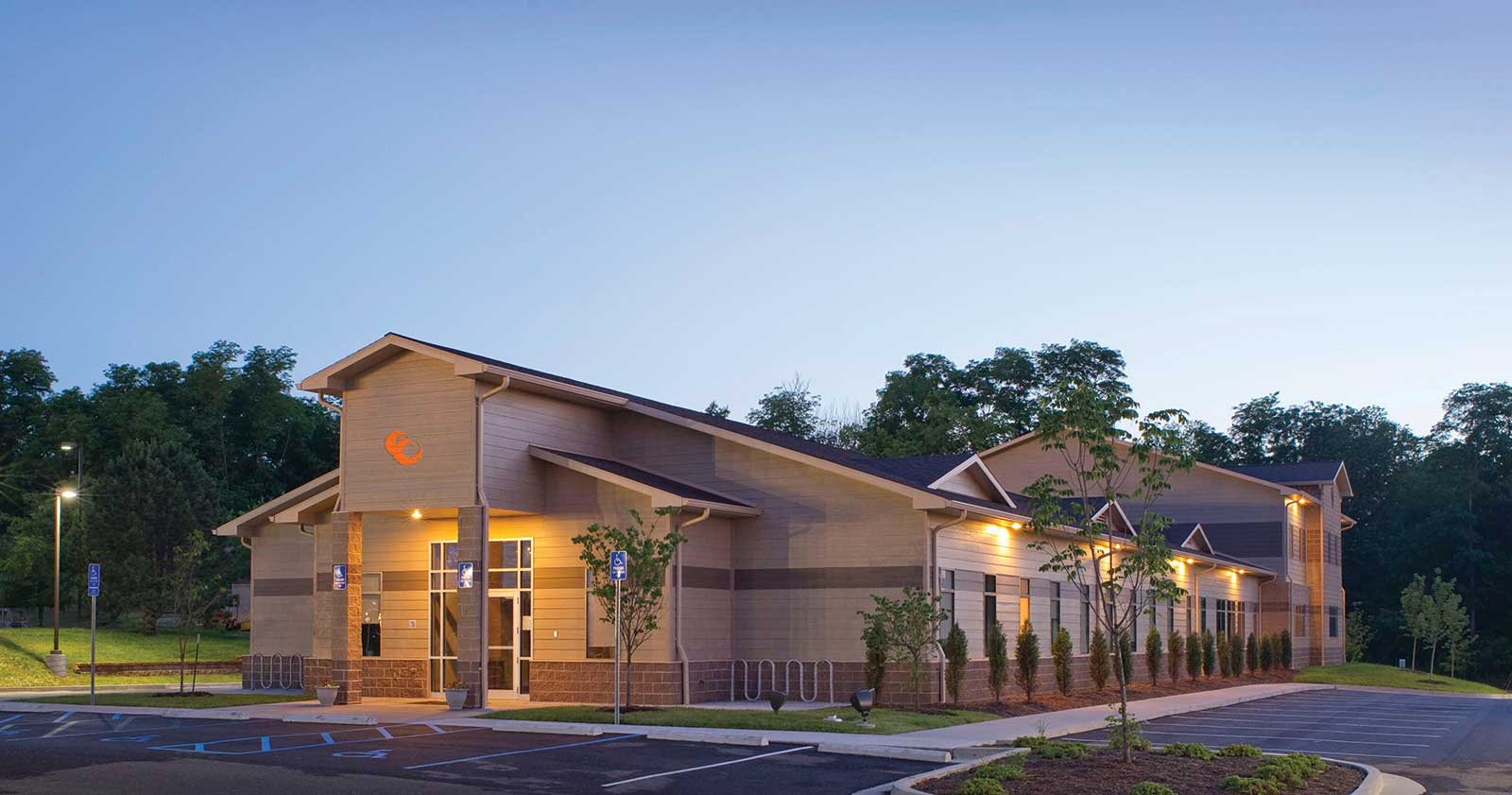 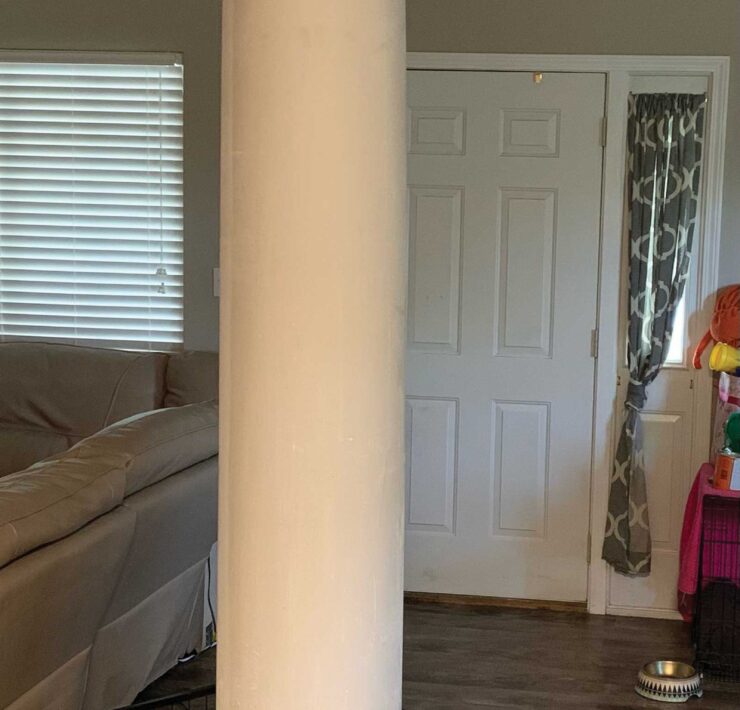 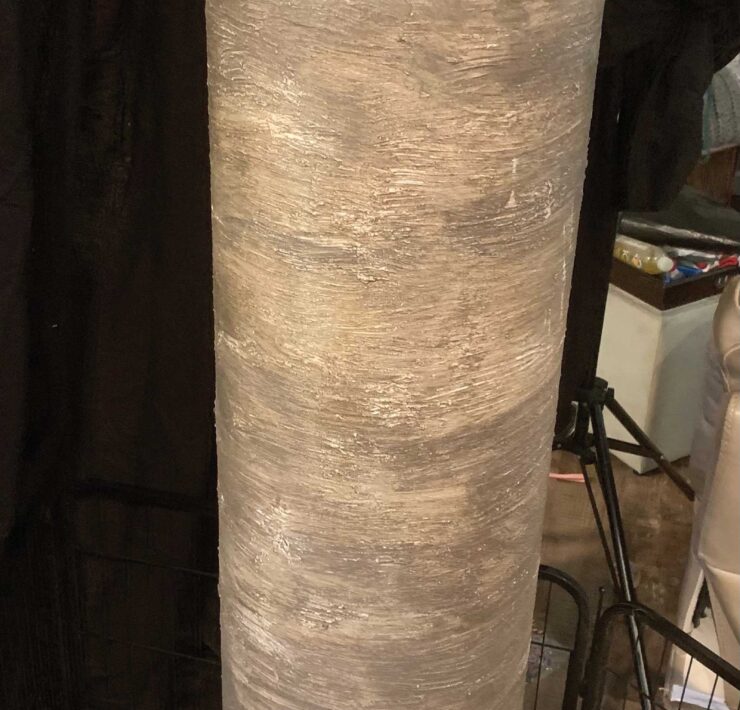 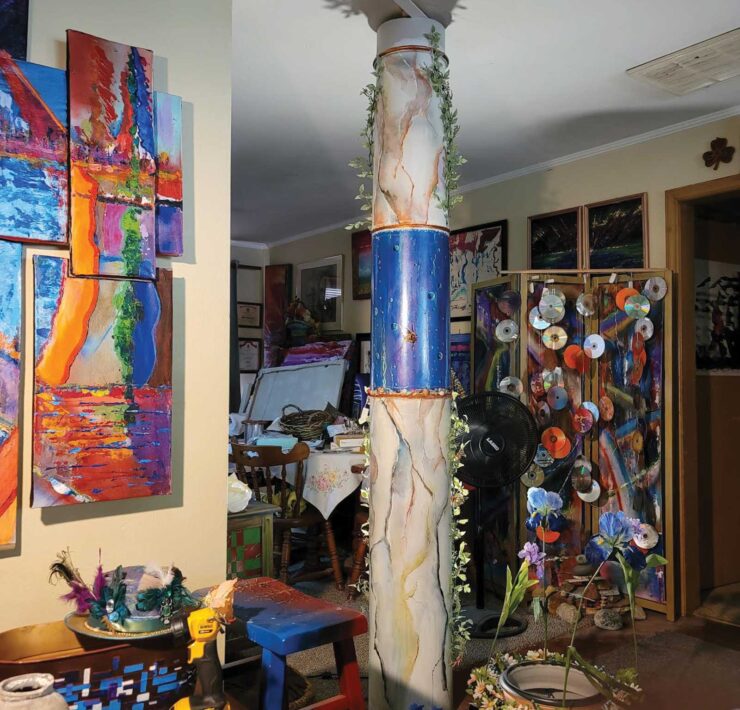 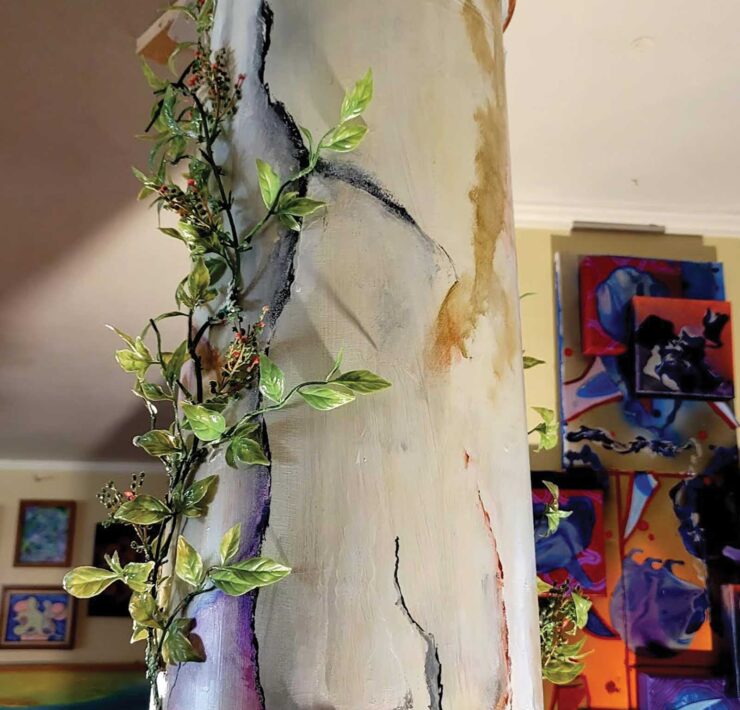 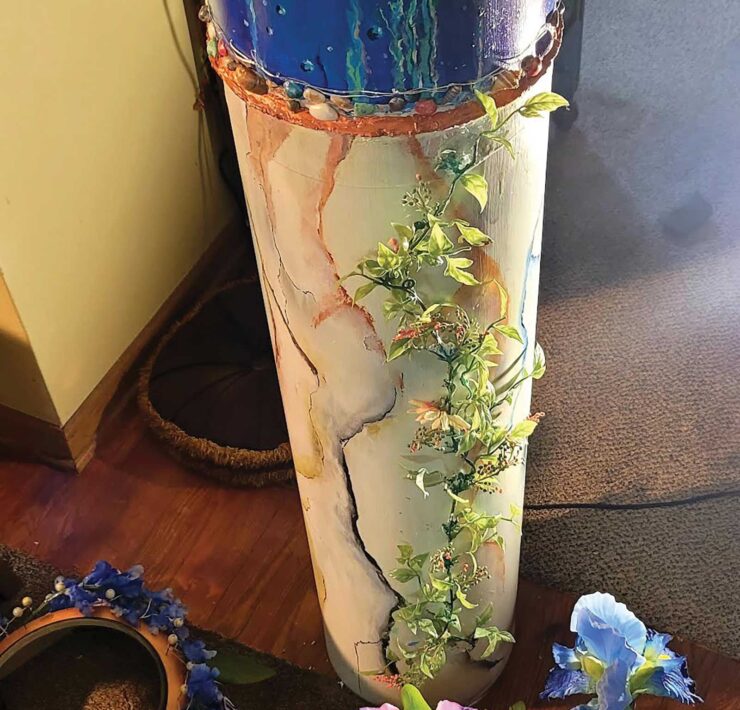 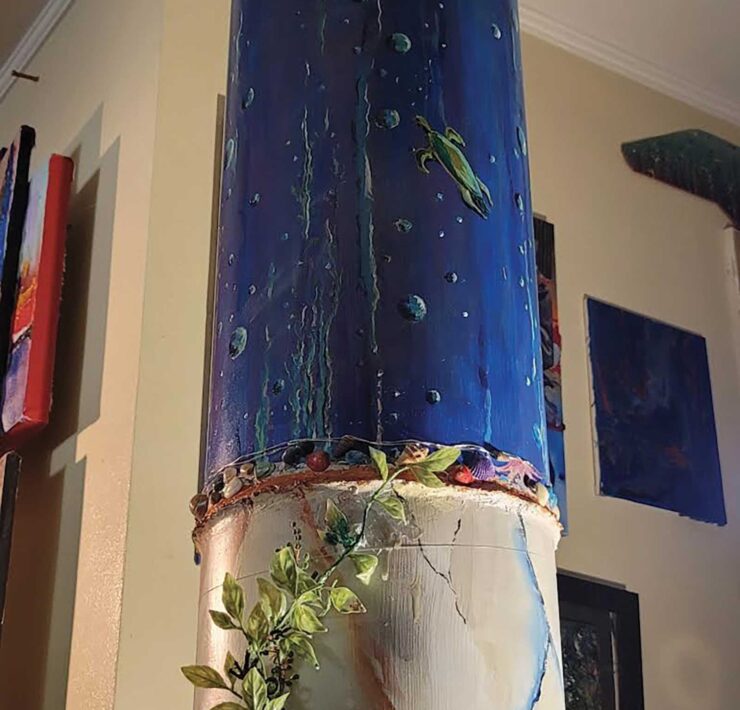 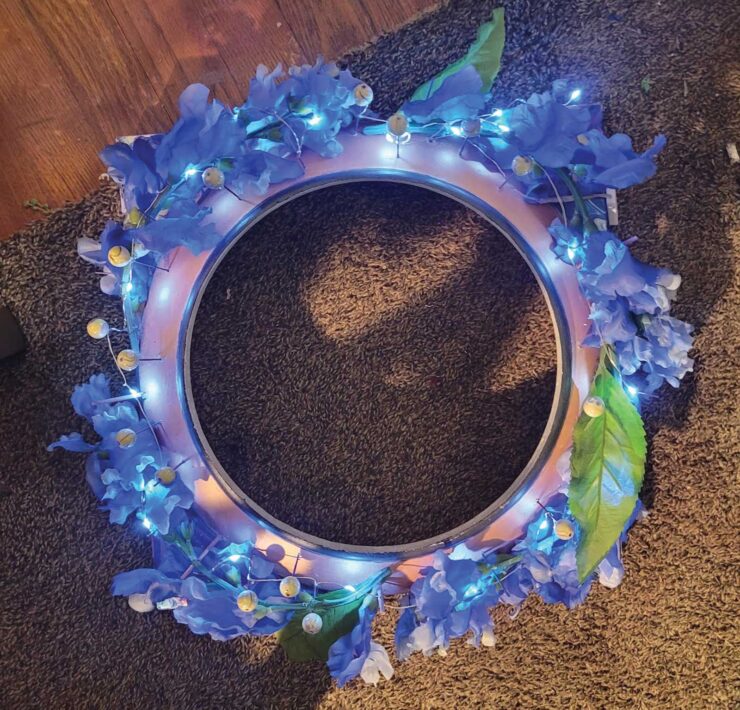 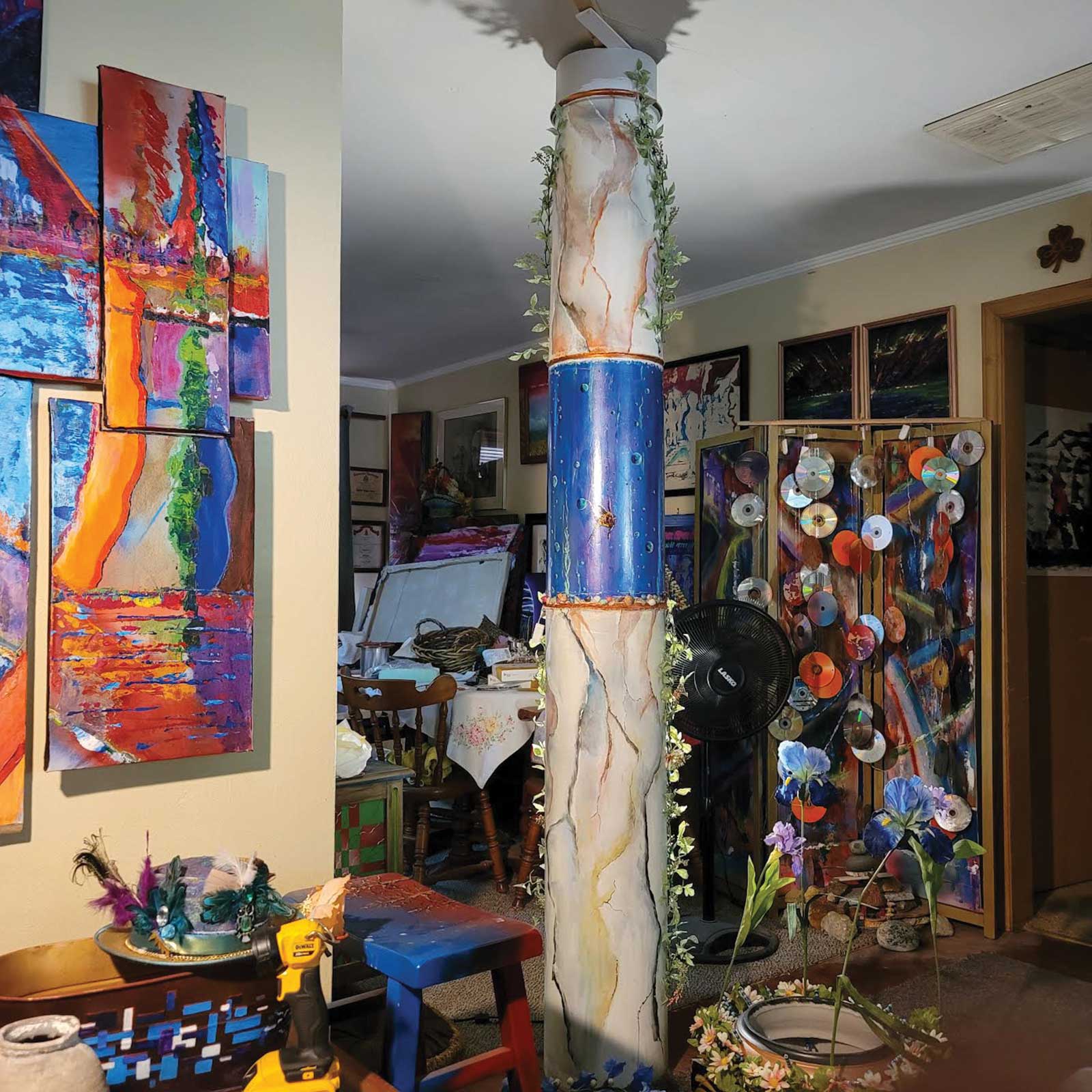 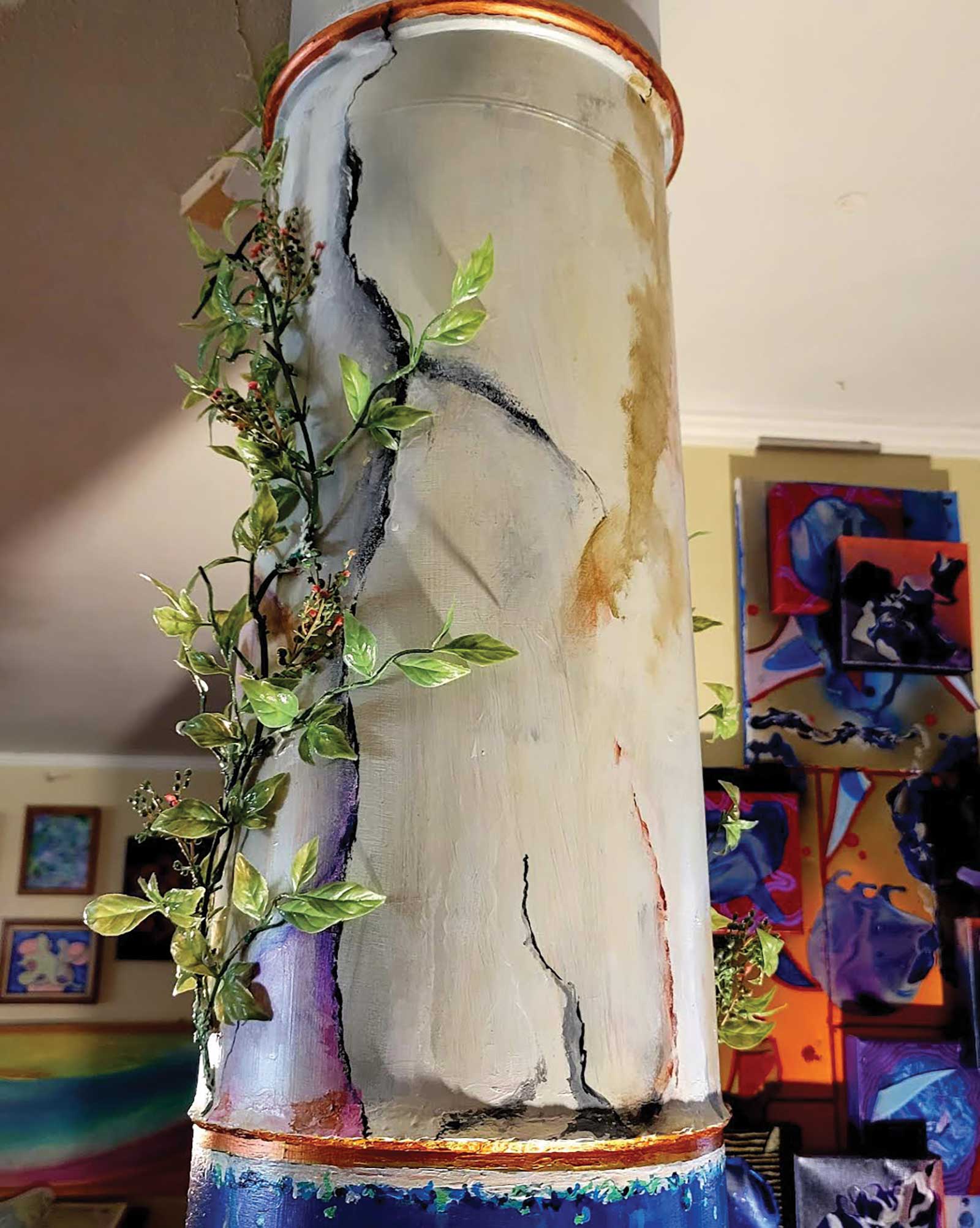 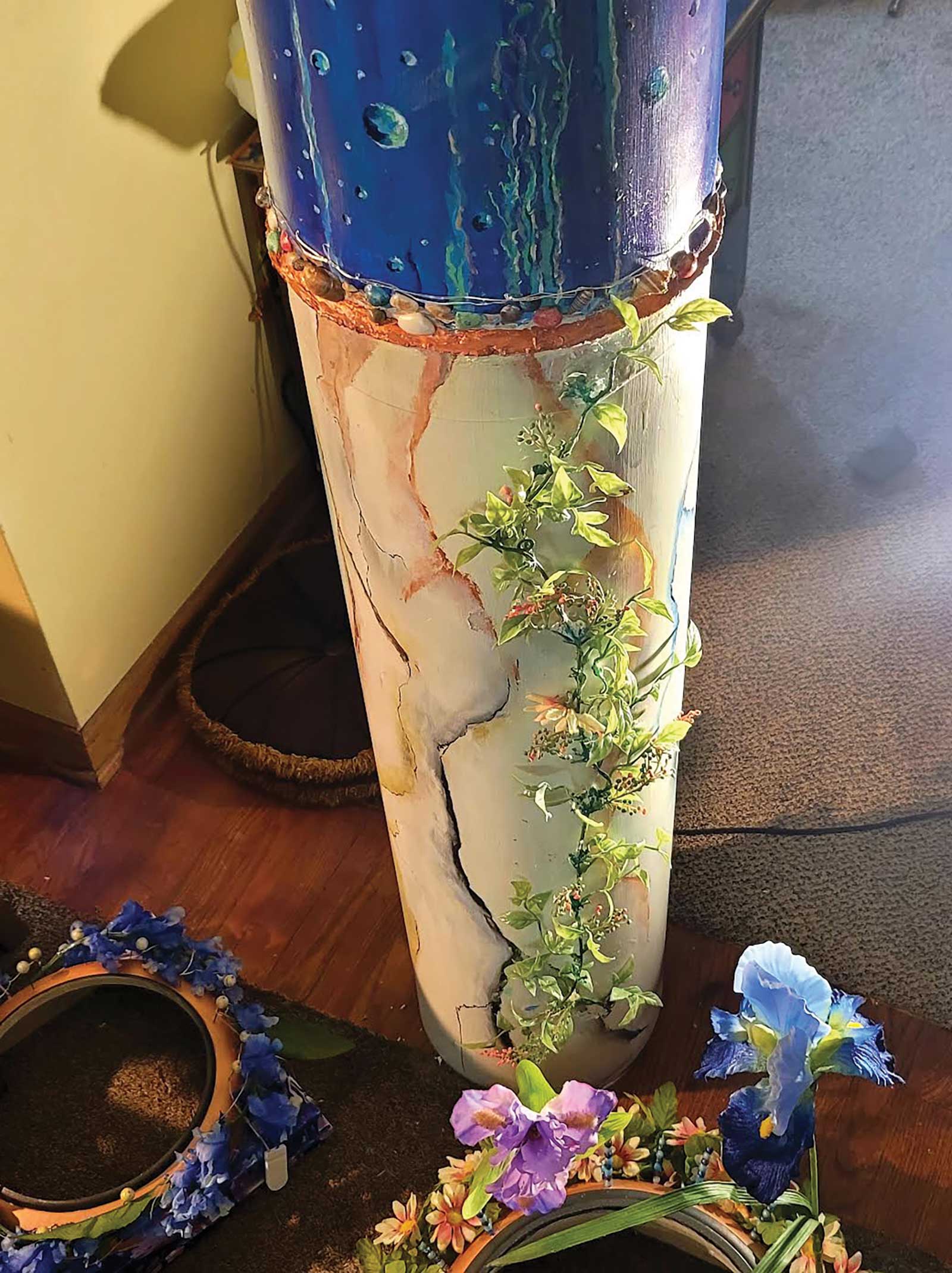 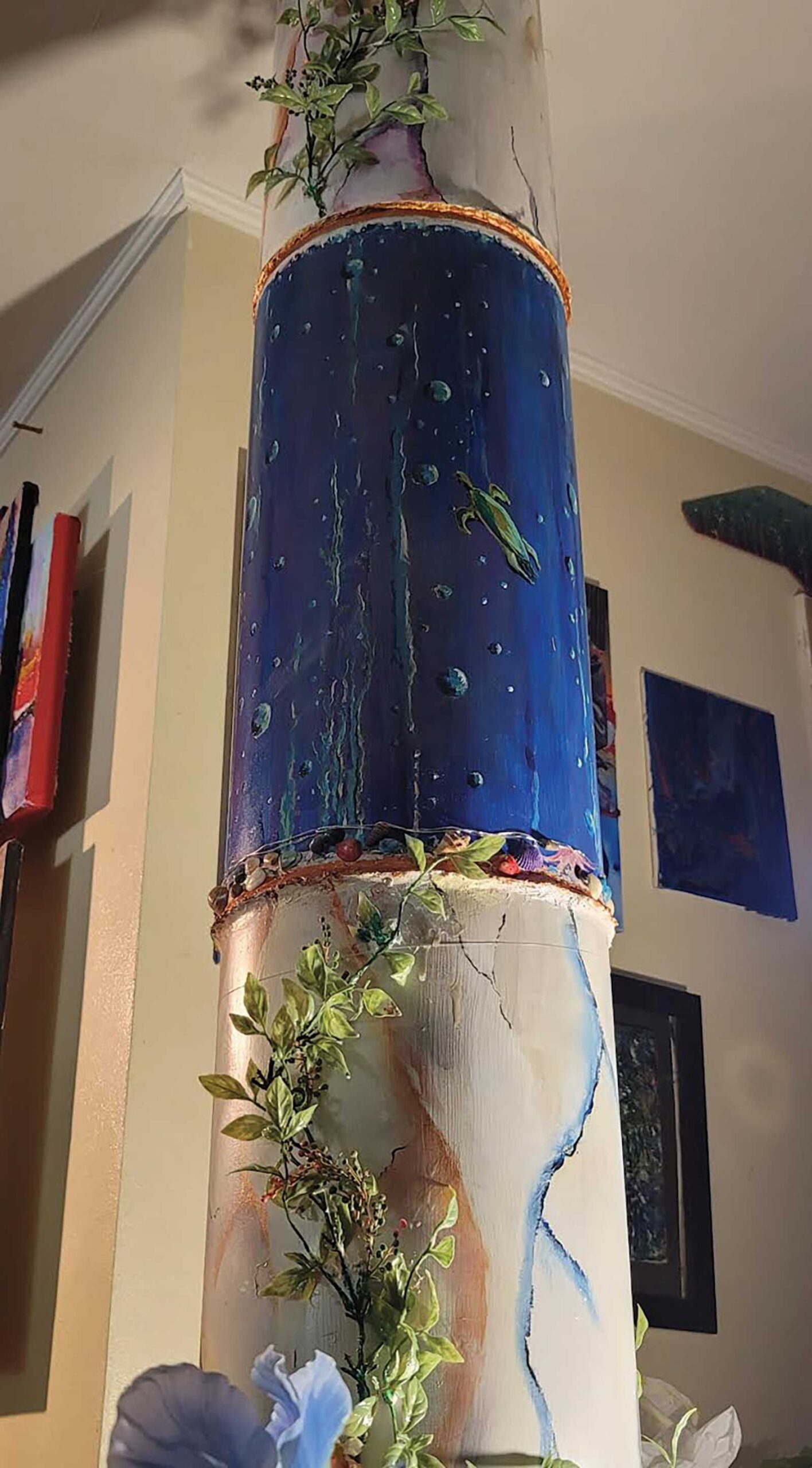 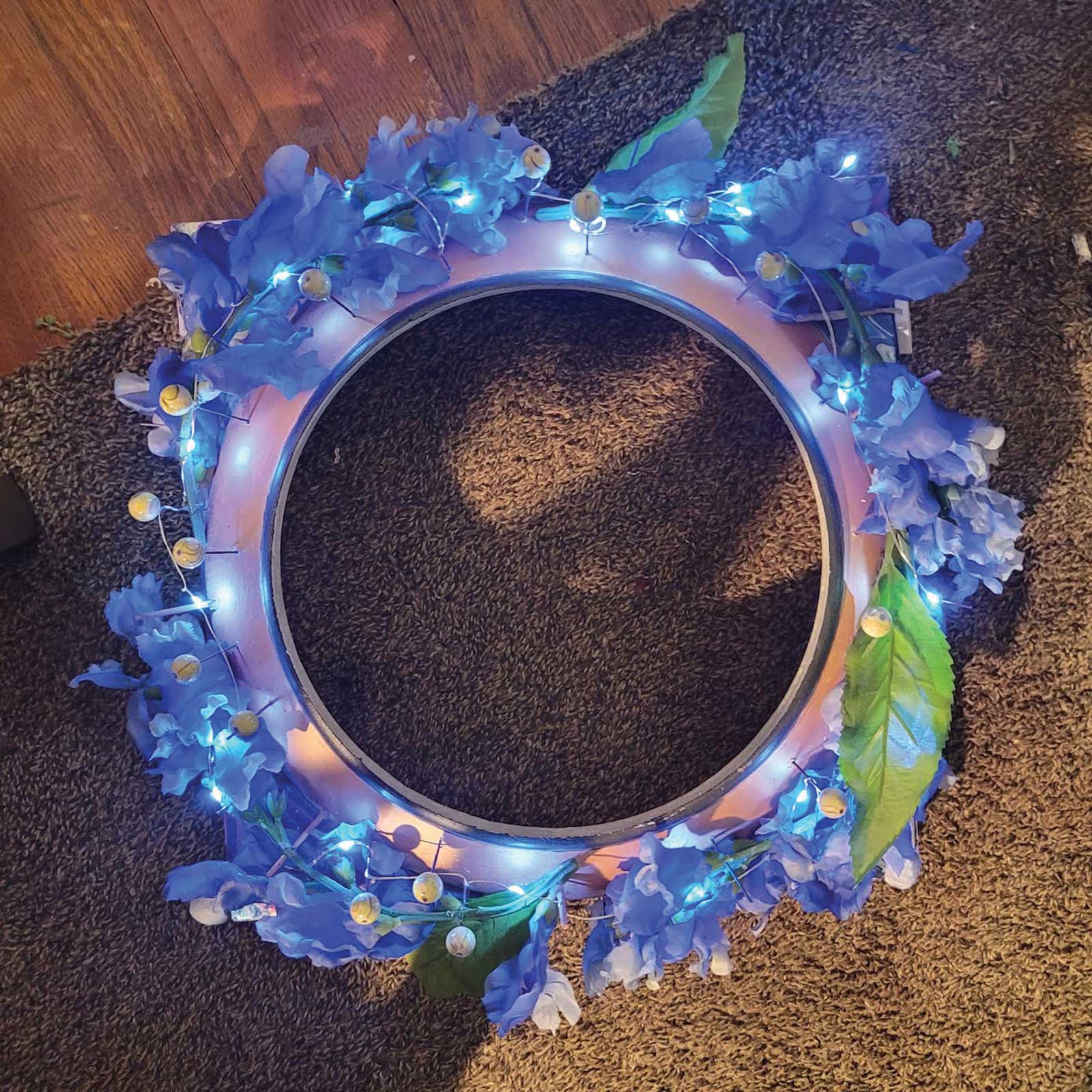 Phoenix Programs creates a citywide art project to raise awareness and support for those recovering from addiction.

The sound of a doorbell ringing fills the small home, and soon, workers are pushing a large, eight-foot-tall pillar into the middle of Cassie Minchew’s living room. Standing up, it nearly touches the ceiling. The pillar is much larger than Cassie has envisioned, but as soon as she sees it in person, she feels inspired and is ready to start bringing her artistic ideas to life for a good cause.

Each of the large pillars are being decorated based on one of the 12 Columns of Recovery that Phoenix Programs implements into their treatment, such as integrity, renewal, or hope. Once the artist has completed their work, these pillars will be picked up and placed in different locations around Columbia to serve as a reminder of the importance of recovery and the qualities necessary to the process.

The Reach of Phoenix

Teresa Goslin, executive director of Phoenix Programs, has been with the facility for four and a half years, although she’s known about the program for over 30 years. She says the facility was founded to treat alcohol addiction in Columbia by a group of people recovering from addiction who felt the need for a treatment facility in the area.

Teresa herself dealt with addiction in the past and went through rehabilitation, which is what introduced her to Phoenix Programs, known as Phoenix House when it first started out.

“I knew of Phoenix Programs probably as far back as the 1980s,” Teresa says. “I started actually by bringing people to treatment at Phoenix. It was a men’s treatment facility then, so when people needed to go to treatment ­— you know my guy friends or whoever that was ­— you took them to Phoenix House.”

The facility switched from being a men’s program to a coed program roughly seven or eight years ago, according to Teresa — just a few years before she became executive director.

Phoenix Programs is a Columbia-based rehabilitation center, but people travel from all over Missouri to come to the facility. Teresa says the community is far-reaching and many times, someone will come to Columbia for treatment and decide to stay in the area and become part of the community after going through the process and finding a sober living situation.

Cassie became aware of the campaign because her father, Randy Minchew, is on the board of Phoenix Programs and her family has been involved with supporting rehabilitation facilities for years.

Cassie says she’s by no means a professional artist, but her dad told her about the 12 Columns Project and, although she works as a veterinary technician, she’s always done art as a hobby and wanted to challenge herself with decorating a pillar.

“Less than a year ago I started teaching myself how to do watercolor and started a TikTok of my paintings, but I’ve kind of done a little bit of everything,” Cassie says.

Although watercolor has been Cassie’s focus in art recently, she had to take things a different route when it came to working on her pillar. The pillar is fiberglass, so she’s had to use acrylic paint.

Teresa says they tried to bring on a very diverse group of artists so the pillars would all feel completely unique. She says some of the other artists working on the project include a tattoo artist, a pinstripe artist, another who works with metal, and someone who does paint detailing on motorcycles.

Once the artists selected or were assigned one of the 12 themes, they were able to design their column in any way they wanted. There were no set guidelines or rules they had to follow when it came to the design concept.

From the 12 Themes of Recovery the artists could pick from, Cassie selected the theme of renewal. Her inspiration for the pillar is the Japanese tradition called kintsugi, in which broken pottery is fixed with gold lacquer that fills the cracks.

“I kind of liked the idea that no one is ever irredeemable,” Cassie says. “You can always turn your life around, and the things that broke you in the first place can actually make you stronger and more beautiful. I hope people will enjoy the art, but I think with the message behind each one, the [pillars] can help people reflect on whatever things they may be dealing with.”

Teresa says the artists are still working on their pillars and although they don’t have an exact date, they’re hoping to have all the pillars placed around Columbia by early autumn.

Current Challenges and Looking to the Future

Teresa says that today the facility serves about 2,400 people a year, helping them through recovery. One of the biggest challenges they’ve been facing in recent years is the opioid epidemic, but Teresa says the rise of opioid use hasn’t changed the amount of meth use in Missouri.

“Addiction is not a pretty thing, and so I just want people to know that even though we talk about opioid addiction all the time, in Missouri, meth hasn’t gone anywhere,” Teresa says. “One did not replace the other — now we just have both.”

Other challenges the program faces are making sure people have a stable environment to move into once they’re out of recovery. Teresa says it’s often hard for those recovering from addiction to find jobs after rehab, to find affordable housing, or to be able to afford any sort of medications they may need.

“We’re constantly doing emergency services case management trying to figure out those pieces for when they do leave treatment and making sure that they have safe environments to go to, that they’re not going back into the same environment they just came from,” Teresa says.

She says Phoenix Programs works with a group of landlords and employers to help combat some of these issues and make sure they can help people land on their feet once they go through recovery.

Teresa says they’re always looking for ways to expand their programs and they’re looking to grow their telehealth system as well as grow in the way they view those recovering and find the best ways to treat them.

Phoenix Programs has volunteers on the grounds on a regular basis to help keep the four acres of land in order, and they have large groups of volunteers that help with any of their fundraising events throughout the year.