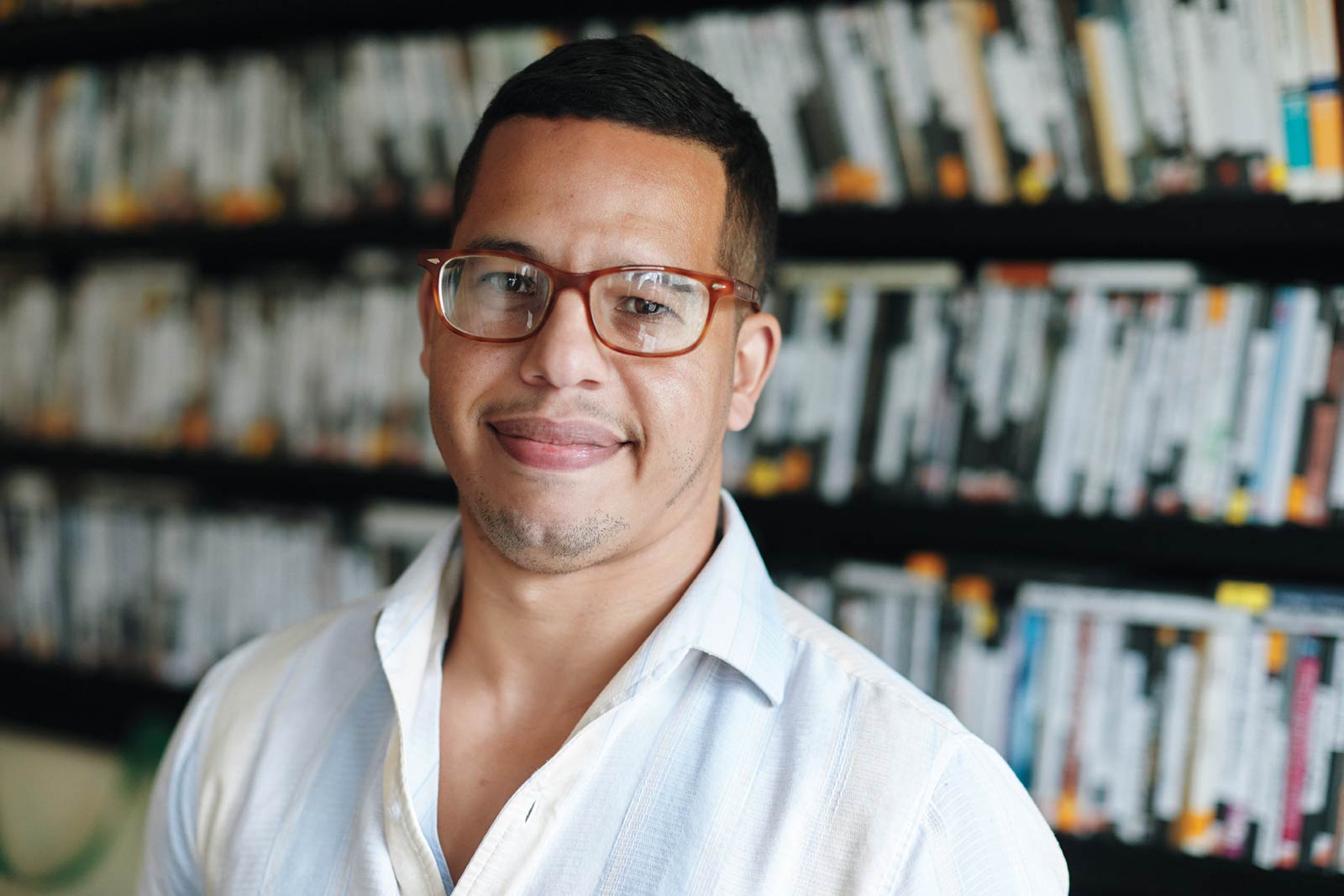 When recalling his first experience with True/False Film Festival, Martin Kamau says: “I was initially attracted to the festival as a student because of the music. There were buskers on the street and I was like, ‘What’s going on?!”

Martin received a ticket to a film at the Missouri Theatre where he saw the same band playing that he listened to on the street. After that, he was hooked.

Now, in his fifth year with True/False as the music director, Martin works to bring a diverse lineup of talent to the festival celebrations. “There’s definitely something for everyone,” says Martin. “We don’t put ourselves in a box, so no matter what type of music you like, you’ll be able to find an artist you’ll enjoy.”

Although the festival is scaled down this year, music has become a more prominent focus, kicking off the festival on both Saturday and Sunday. In addition to ticketed concerts, there will be 11 showcases where different acts have the opportunity to mesh their talents and perform alongside each other.

The artists include a mix of True/False alums and newcomers combining for a rootsy lineup, featuring more country and folk artists than in previous years. “I’m really happy about the lineup. There’s a lot of diversity in artists within it,” says Martin.

True/False is an international festival, but this year it has taken more of a local focus. “I’d say this year we’ve created a Missouri All-Star lineup as the base foundation,” says Martin. “Usually, we bring out more acts from around the country, or even internationally, but this year we’re focusing on more regional acts for the safety of both artists and attendees.”

So what are some of the can’t-miss concerts?

“The Nappy Nina, Jordan Hamilton, and James Tillman bill is something I’m really excited about that closes out the Amphitheater on Saturday,” says Martin. The three artists are combining their unique styles in what is sure to be an unforgettable showcase.

Yasmin Williams and The Other Years

“Yasmin Williams is a folksy Americana artist and is one of the premier young guitarists in the world, so it’s really quite a treat to have her out here,” says Martin. Yasmin will perform alongside The Other Years, a folk duo from Louisville.

The Hootin Hallers will take the stage in their hometown with the Cara Louise Band to perform their signature rockabilly tunes matched with Cara Louise’s bluesy melodies.

Tickets are now on sale for individual concerts, showcases, and passes for the entire festival, which can be purchased at truefalse.org.