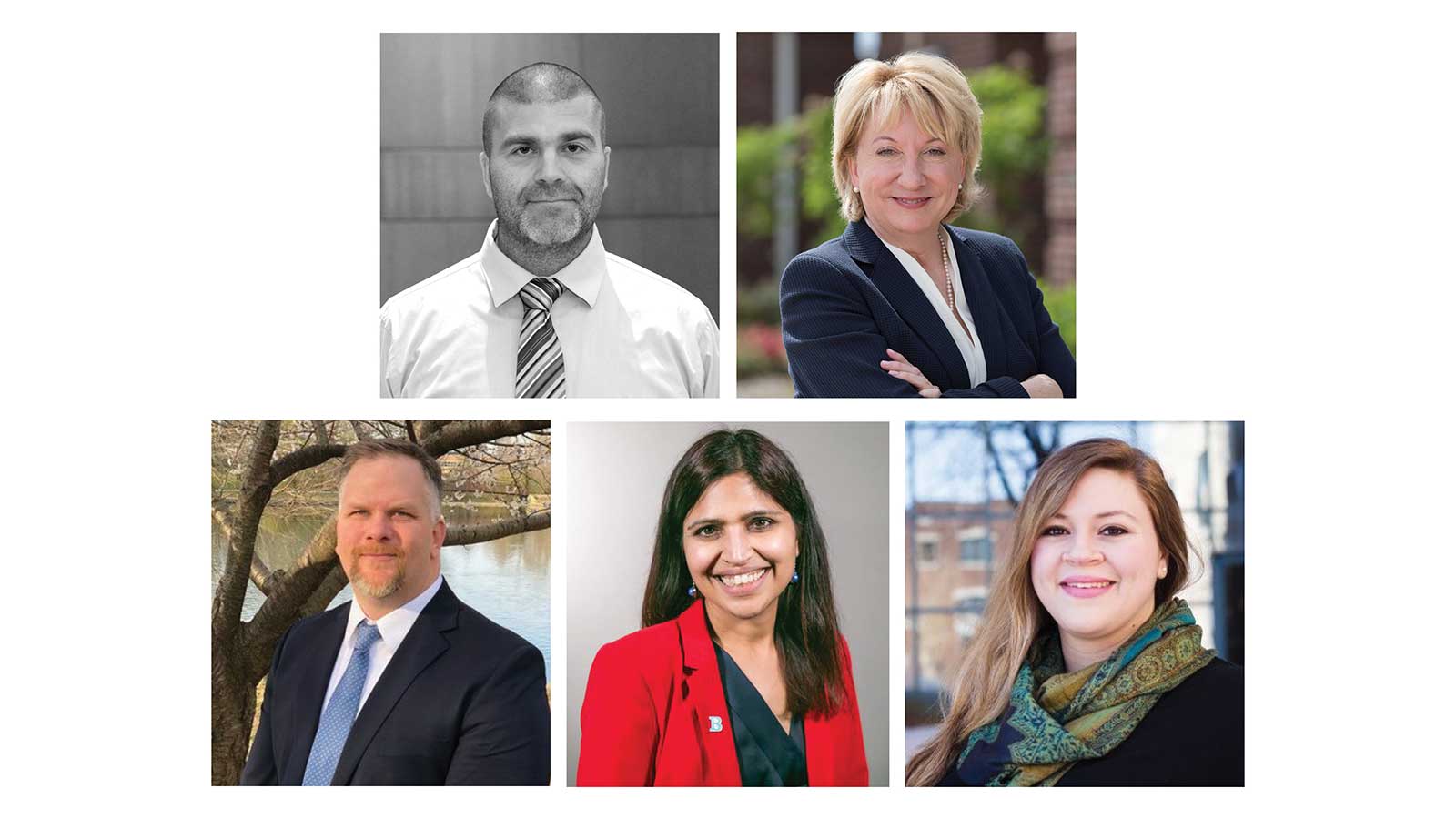 This April, celebrate with the business professionals in our community who are moving up, moving around, and gaining new experiences and opportunities.

The Columbia Housing Authority Board of Commissioners has appointed Randy Cole as the new CEO of the Columbia Housing Authority. Randy has served as the housing programs manager for the City of Columbia since 2011 and has extensive experience in developing and facilitating affordable housing programs. He was also recognized by the Columbia Business Times in the 20 under 40 class of 2019 and received the Missourian Progress Award for Civic Engagement in 2020. His new duties will include oversight of the administrative and professional responsibilities of the CHA.

Missouri Employers Mutual has appointed Eric Kaup to its Agents’ Advisory Council. Eric is the president of Naught-Naught Agency in Columbia.  He began his career with Benchmark Insurers in 2003 and has more than 18 years of experience. The Agents’ Advisory Council is a group of 17 producers who bring issues to the table on producers’ behalf and advise MEM on different marketing strategies.

Columbia Insurance Group has announced that Betty Schuster will become chair of its board of directors. Betty will make history as the first female board chair in the organization’s 147-year history, although she has served as a director for CIG since 1997 and chaired several other boards in the community. She is also the owner of Schuster Financial Services LLC, a personal finance company, and has served as an agent with Principal Financial Group since 1987.

Dr. Garima Singh, the chief medical officer for Burrell, was recently named a fellow of the American Psychiatric Association, an honor for only a select few members of the association meant to reflect dedication to the APA and the psychiatric profession.

Rachel Ballew has been promoted to talent acquisition specialist and will be focusing on recruitment efforts for Burrell’s Central Region. Rachel joined Burrell in 2020 as an administrative assistant before serving as an associate human resources business partner.

Morgan Neale will be recommended to the Columbia Board of Education to become the principal at West Boulevard Elementary School for the 2021-2022 school year, taking over from interim principal Tyler Simmons. After beginning as a music education teacher in Kansas City, Morgan has accrued more than 18 years of experience in education at both the elementary and middle school level. She has served as the assistant principal at Rock Bridge Elementary School since 2017.

Cayce Dermatology welcomed their newest physician assistant, Brooklynne Fogle. A graduate of the University of Texas — Arlington, Brooklynne earned a Master of Physician Assistant Studies degree at Stephens College in Columbia. She is also certified by the National Commission of Certification of Physician Assistants and licensed with the Missouri Board of Healing Arts.