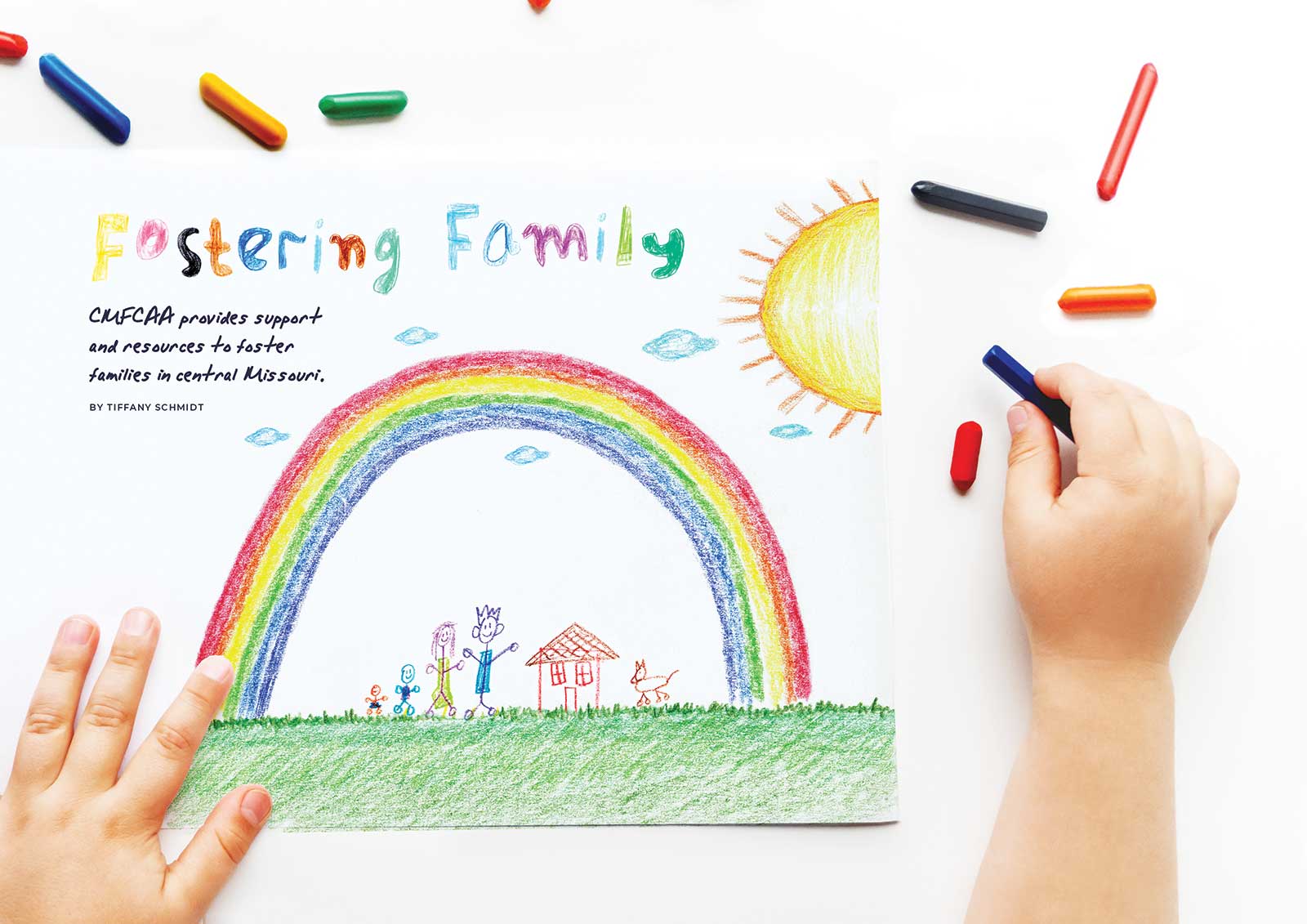 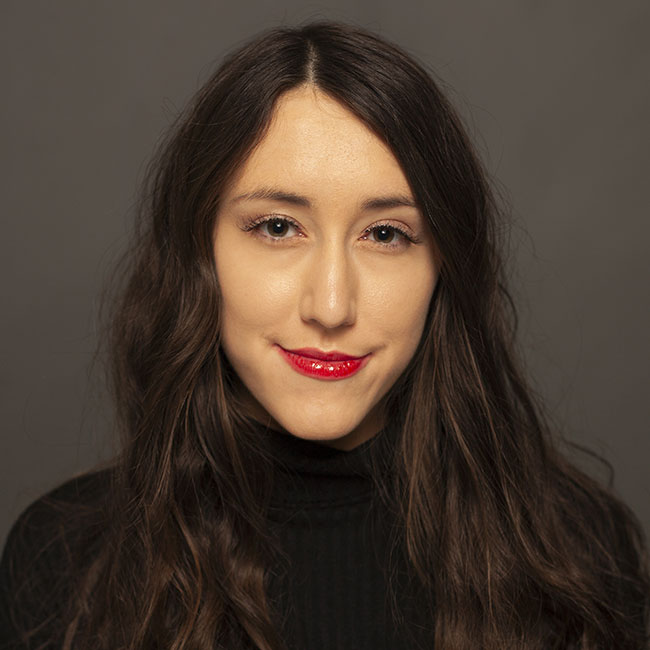 One phone call can forever alter the lives of hopeful parents-to-be.

Sarah and Dustin Berry had been happily married since 2011, and at first, they were wholeheartedly focused on each other and their careers. As it does, the desire to transition from newlyweds to new parents naturally progressed.

Due to health complications, the couple began working through fertility treatments in hopes of getting pregnant. Then, one day, the phone rang. A family member reached out to Sarah asking if she and Dustin would be interested in adopting her second cousin, Connor.

“I didn’t even hesitate,” says Sarah. “I said absolutely, let me just tell my husband we’re adopting!” Because Connor had been in and out of their lives as family, in order to take over his care, the couple had to apply for a kinship license.

Kinship care is a type of foster care in which a relative, family friend, or someone the child has had a previous relationship with takes over the child’s care. In Columbia and the surrounding counties, the Central Missouri Foster Care and Adoption Association offers training services for foster parents who need to become licensed for care.

“The first round of care was really just trial and error — we didn’t really know what to do. I just knew I really wanted to make this work for him,” says Sarah. In 2017, the family officially adopted Connor and began settling into a new home and routine.

Once again, Sarah and Dustin began to feel the itch to grow their family, and Sarah started back on her fertility treatments. This time, her physician recommended in vitro fertilization. But once again, a phone call changed their plans.

This time, a biological mother had seen their file and selected Sarah and Dustin as foster parents for her child. As Sarah and Dustin rushed to finalize paperwork, they received yet another call that brought their plans to a grinding halt.

When the couple adopted Connor, their foster license ended. That meant that, in order to begin caring for a new child, they would first need to get recertified. “When we heard we needed to be certified and were looking at probably six months before we could start classes, we were almost devastated,” says Dustin. “A lot can happen with that child in six months.”

“As a foster parent, you really do experience these highs and lows,” Sarah adds, “the lows being that there is so much uncertainty since you do feel this passion and call to take care of these kids.”

Since the couple had no previous relationship with the child, they were looking at the route of traditional foster care. To apply as a foster family, the household first undergoes a rigorous background check, after which comes a safety walkthrough of the family’s home.

Once the family and home are cleared, foster parents must complete a pre-service training course called STARS Foster Parent Training, a 27-hour program that prepares a family to bring a child into their home.

“STARS is an informative, state policy-driven, trauma-driven program,” says CMFCAA family development supervisor Carol Montie. “All kids that have been removed from their home have some form of trauma. So what we do is to give foster parents as much information as we can to train them with support and knowledge of how it will work once a child comes into their care.”

Sarah immediately turned to her licensing agent, who directed the couple to CMFCAA. That afternoon, the agency had an agent out to the home and the couple enrolled in training.

“Even though we’d already worked in this and had some experience, you still feel helpless or lost not knowing what can happen with this child,” says Sarah. “When I got that second phone call and it led me to Carol and her group, it was like a sign that this is what I was supposed to be doing, and here are the tools you need.”

Training is essential for a smooth transition, helping minimize the risk that when a child comes into a home, they don’t need to be removed later due to complications with the foster family. STARS is just one of five training programs offered by CMFCAA that can help foster parents become licensed in the state of Missouri.

Reunification is the end goal in most fostering situations. However, depending on what happens with the biological parents, the average foster child experiences care for about 24 to 26 months, sometimes longer. Ensuring that families are trauma-informed and know how to work with the needs of the children that are in their care is a critical part of the training process.

Carol has found that, often, healing comes on both sides. “We have a graduation ceremony at the end of the training program,” she says. “One of my foster parents who graduated came up to me crying — she had never gotten to walk across the stage and wear a cap and gown because she was in care and had moved around so much.”

Sarah and Dustin recently graduated from the Spaulding Adoption Training and STARS training programs. In the middle of training, their family was thrown another curveball. After nine years of trying, Sarah was pregnant.

“Sutton was our little surprise,” says Sarah. “At first I was definitely thought ‘how are we going to do this,’ but you just do.” The couple is currently working toward adopting their second child to complete their family of five.

With Connor’s adoption, Sarah and Dustin had a strong connection with the biological parents, as they were relatives of Sarah’s. As they now proceed with their second adoption, both Sarah and Dustin have found that much of the support they need has come from the families they’ve met in their training programs.

“We’ve been blessed in getting to meet so many families, both foster and biological, and developed these relationships,” says Sarah. “They become an extension of your own family.”

“These families often get connected and stay in touch, even going as far as watching each other’s kids or going on vacations together,” Carol says. “Getting to know the people inside your agency — on Facebook, in support groups, getting involved with local associations, and meeting other foster parents in your area that you can lean on — is so important.

CMFCAA offers respite care and programming to offer foster parents the opportunity to take time for themselves, whether that means running errands or simply decompressing at the park. These programs also give foster kids the opportunity to be around other kids who understand the same experiences.

One of these programs, Odyssey, is run in each of CMFCAA’s 13 counties by an average of 40 volunteers who work with the kids for four hours. In Columbia, Odyssey is held at the ARC.

Sarah and Dustin’s second adoption has been progressing throughout the COVID-19 pandemic, making in-person training and support much harder. Both agree that their Zoom calls and Facebook groups have been incredible resources for staying connected, and they look forward to being able to connect with their groups in person in the future.

“I’m sure our foster story isn’t done and I’m excited to see what’s in store for us in the future, but for now we’re just taking it one day at a time,” says Sarah.

Each month in Boone County, there are 350 kids in foster care on average. Last fiscal year, 46 homes were licensed, and 3,576 kids were served throughout CMFCAA’s 13 counties. Comparing these numbers makes it easy to see why the need for foster parents in the community is so great.

“If we don’t have enough foster parents in our community to take these kids, then upon removal from a home, these kids end up spending the night in an office or on a couch somewhere,” says DeAnna Alonso, CEO at CMFCAA.

To help, CMFCAA has implemented programs like 30 Days to Family, which works to provide children who have no permanent options with a home within 30 days. The CMFCAA team has helped some children out of foster care in as little as 48 hours.

“Hanging out in foster care is not OK with us,” says DeAnna, “We either need to get an adoptive family that understands the entirety of the situation or we need to find some family so we can get the child out of foster care.”

Rainbows after the Storm