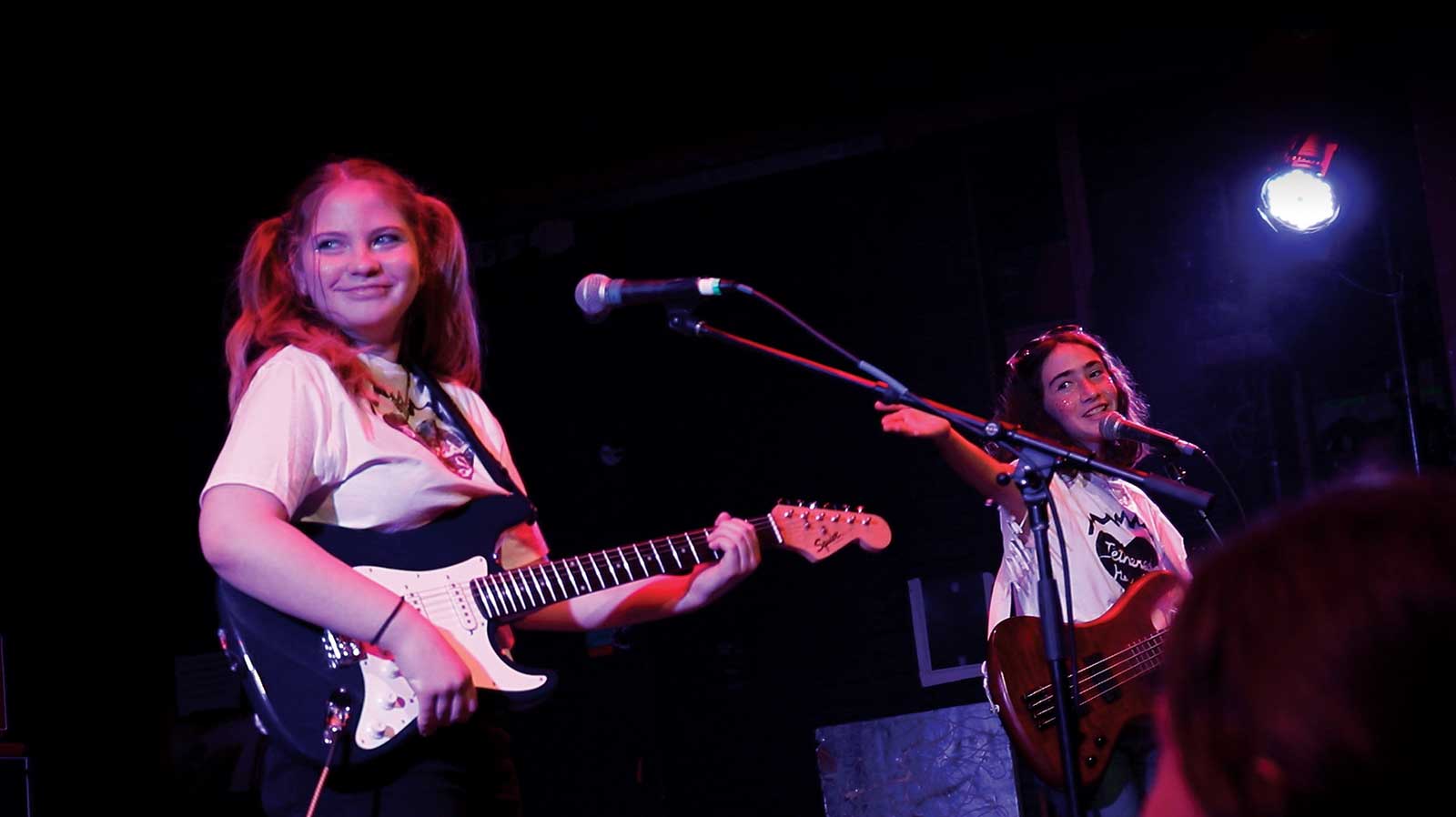 A Power Vacuum in Missouri

Each summer, a group of 25 teenagers from around Columbia comes together for a seven-day camp experience filled with music lessons, planning, songwriting, rehearsals, and creativity, fueled by the promise of taking the stage at the end of the week as a bona fide rock star. The week is intense — emotional and exhausting, empowering and transformative — and the creators of YAAL Rock say they wouldn’t have it any other way.

“I’ve never known anyone who has done it who hasn’t said they love it and would do it again in a heartbeat,” says Sarah Catlin, a YAAL Rock board member who also volunteers as a drum instructor at the camp. “We pull them in promising fame and a performance at The Blue Note, but [the camp] is half music and half personal development.”

Open to girls, gender-expansive, and transgender teens ages 12 to 17, YAAL Rock first came to Columbia as Girls Rock in 2013. As a member of the Girls Rock Camp Alliance, which originated from Seattle’s grunge scene, YAAL Rock is part of a worldwide network of youth-centered arts and social justice organizations. After much hard work by its five board members, YAAL Rock recently received 501(c)(3) nonprofit status.

The Unexpected Methods of Camp

Though last year’s camp was canceled due to COVID-19, Sarah says planning for the summer of 2021 is underway. When campers show up for the week-long day camp on Monday, they are split into four- or five-piece bands, and each camper is assigned an instrument, typically one they have never played before. Each band includes drums, guitar, bass guitar, vocals, and often a keyboard.

“They don’t know what they’re going to play until they show up to camp on Monday,” Sarah says. “They have to be ready by Sunday afternoon to perform an original song they’ve written as a band on stage at The Blue Note. It’s pretty crazy. You wouldn’t think they could get that done, but they always come through somehow, magically.”

In order to transform teenagers, many of whom have no previous music experience, into rock musicians in seven days, there is a one-to-one ratio of campers to adult volunteers. Each band has a pair of band mentors, and each camper has an instrument instructor. But Sarah says volunteers don’t have to have any musical experience, as camp relies on volunteers to move equipment, make name tags, set up snacks throughout the day, or help with accounting and other day-to-day necessities.

In addition to writing a song and learning their instruments, each band has to decide on a band name, create a logo, and make their own T-shirts and posters to represent their band. They also have an official band photoshoot.

“The bands make stamps so they can create their T-shirts and posters,” Sarah says. “We have a very DIY feeling.”

While the initial draw for some campers might be the promise of the big stage and bright lights, each morning at camp includes a workshop focused on empowerment. Volunteer speakers present on topics ranging from marketing as it relates to body image in our society to the history of the feminist movement.

“It’s about empowerment, first and foremost,” Sarah says. “The camp is a vehicle for empowering kids. It has a fairly progressive, feminist perspective.”

The lunch hour is another opportunity for learning and growth, as campers have a front-row seat to a daily concert by a different female-led band each day, followed by a period of Q&A. Sarah says they bring in bands from the area, but they have also brought in bands from St. Louis and Kansas City. Although camp volunteers aren’t paid, Sarah says YAAL Rock likes to offer an honorarium to show appreciation for the bands and workshop instructors who take time out of their lives to make a difference.

Fin Bickelbottom, 19, attended camp for two years and has worked for one summer as a camp volunteer. Fin was especially intrigued by the fact that anyone could get up on stage and have a moment in the spotlight, no matter who they are.

“What first drew me to YAAL Rock was the openness to anyone,” Fin says. “The best thing about camp is the open and friendly environment. Anyone can make a music camp, but YAAL Rock has made a safe and empowering environment. [Its goal is to] make everyone feel safe and empowered, and every camper I know has felt that way at the end of the camp. The camp allows everyone to be their truest self and rock out.”

According to Sarah, YAAL Rock is a labor of love for the volunteers who make it happen. There is a cost for campers to attend, but she says no camper has ever been turned away for inability to pay. One of the ways the organization raises money is through the Grownup Rock Retreat, or GRR!

Formerly known as Ladies Rock Camp, GRR! is a hardcore weekend crash course where female, gender-expansive, and transgender adults can have a miniature camp experience. Though it is a fundraiser, Sarah says admission is on a sliding scale, and nobody is ever excluded for inability to pay. During the weekend, a silent auction raises funds that are integral to providing the YAAL Rock experience for campers.

Although YAAL Rock is one of the smaller camps in the GRCA, it is one of the forerunners in the movement — it’s the first camp to change its name from Girls Rock to something that’s more inclusive.

“We changed our bylaws and our name to reflect that it isn’t just girls,” Sarah says. “We are a baby camp compared to places like Denver that have five full-time employees, but we led the way, and they were looking to us about our name change. The entire organization will eventually have a new name that is more inclusive, but we are proud that we have led the way in inclusion. We’ve been the test case.”

Because camp is run solely by volunteers, Sarah says it is important for any growth to be slow and steady. But she says YAAL Rock has dreams of expansion. Some programs around the country have sleep-away camps, and some, like Denver’s camp, have year-round employees and programming. While Stephens College has been generous enough to provide a home base for YAAL Rock, future plans could include permanent space and more frequent programming.

“We had the goal of doing something social once a month in a low-key, safe space, but the pandemic shut that down completely,” Sarah says. “The campers do say they would like to do more during the year to keep the camaraderie, so we would like to build up to having little things throughout the year where campers can get together and learn something.”

As the mother of two sons and a 7-year-old daughter, Sarah says she is committed to camp because she wants it to be around five years from now, when her daughter is old enough to attend. And she’s proud of the open, accepting, and vibrant community of rockers that has taken Columbia by storm each summer.

“We’re the Austin, Texas, of Missouri,” she says. “We are way more progressive than anything around us.”