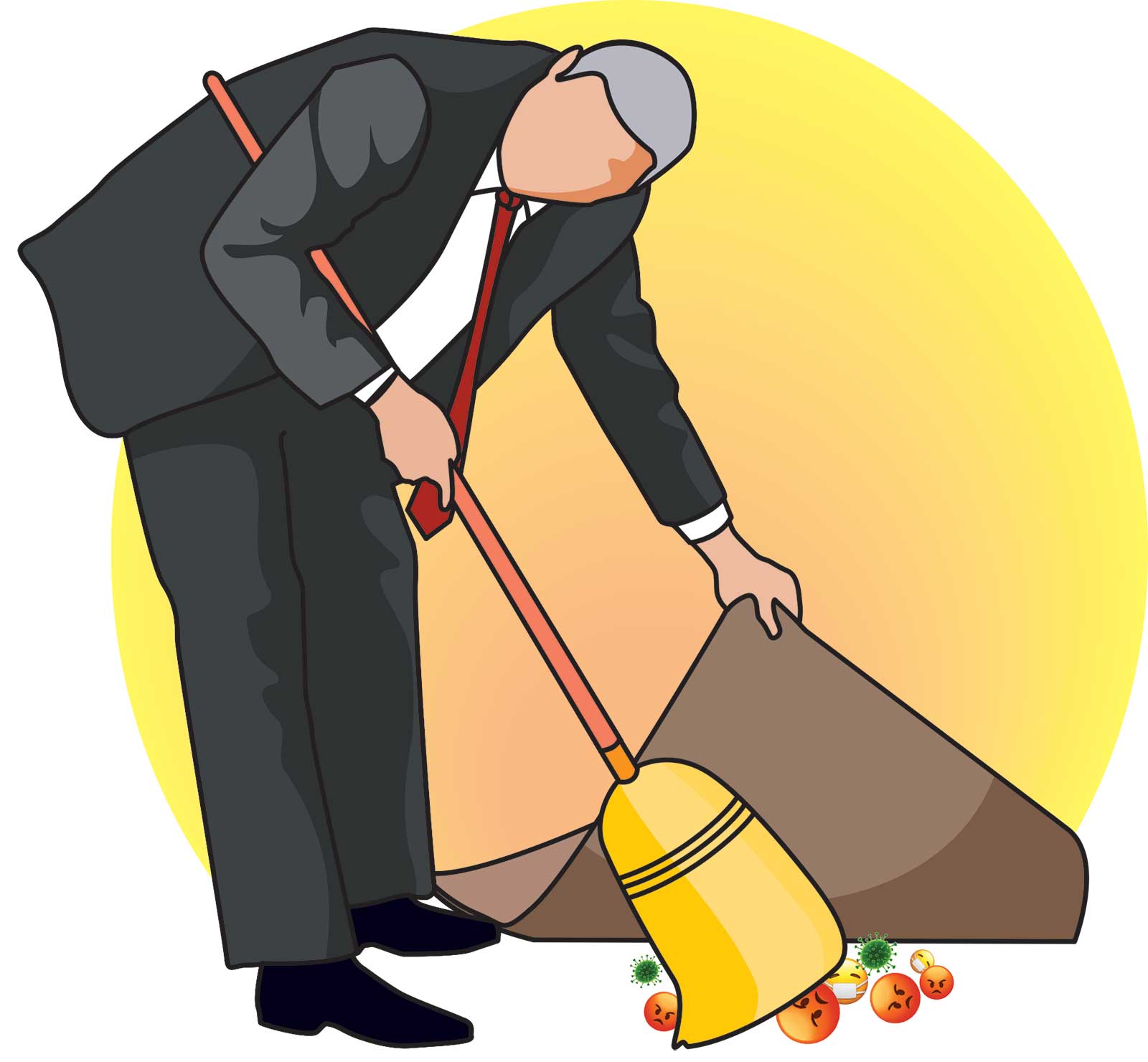 Expert Tips for Healthy Dining Out

It was an interesting collection of Missouri statewide office holders inaugurated earlier in January. Four of the five on the inaugural stage were incumbents who had never been part of an inauguration ceremony for the offices they hold. The resignation of Governor Eric Greitens in 2018 triggered a realignment of officials affecting all but two statewide offices.

Mike Parson became governor with a bible and an oath and nothing more. The same was true for Lieutenant Governor Mike Kehoe, appointed by Parson to replace him in that job, but now affirmed by Missouri voters. Parson had also appointed State Treasurer Eric Schmitt to replace newly-elected U.S. Senator Josh Hawley as Missouri Attorney General. And he appointed State Representative Scott Fitzpatrick to replace Schmitt as treasurer. Likely, none of them really felt like newcomers as they took their oaths. But there’s nothing like an hour spent outdoors under an overcast sky with a biting January breeze hitting you in the face to make you feel like you’d finally earned it.

The program on the capitol lawn appeared to go off without a hitch, despite long-simmering concerns about a potential exposure to COVID-19 in what could be a super-spreader event. There was a mixture of masked and unmasked attendees, and many, if not most, of the folding chairs set up were left empty, as small groups in the audience heeded the advice of organizers to maintain social distance by leaving space between them. “[COVID was] actually how we lost my father-in-law,” Sedalia resident Lisa Ditzfeld told KRCG 13 reporter Brock Higley. “So we are masked up and ready. I think we’re going to be alright. I think they’ve got this pretty prepared for everybody to be safe.”

The bigger gorilla on that lawn was the heightened need for capitol security. The January 11 Missouri inauguration came just five days after the violence at the U.S. Capitol in Washington, DC, when a mob supporting outgoing president Donald Trump stormed the building to try to stop the certification of the presidential election of Joe Biden. It was only after the Missouri inauguration that word got out the FBI had alerted authorities to potential trouble in capital cities around the country, with an official warning about armed demonstrations everywhere in the days leading up to the presidential inauguration January 20.

But it’s safe to assume police agencies in Jefferson City were aware of the FBI’s concerns before Parson and the others stepped onto that inauguration stage. When I asked her about security the preceding Friday, Missouri Capitol Police Chief Zim Schwartze told me: “We understand that people have safety and security concerns right now, and they can rest assured that we have plans in place. We are very fortunate that we partner with all of our local agencies, as well as those that work inside the capitol. Our highest priority is the safety of people who visit the seat of government and will continue to be so.” In hindsight, her language was circumspect.

For his part, Mike Parson focused on the positive. He titled his inaugural address “Missouri Shines On,” and kept the spotlight on 2021 as Missouri’s bicentennial year.

There were lots of applause lines in the speech: “Missourians are strong . . . Missourians are courageous . . . Missourians are family!” Parson avoided specific promises. Those would come later, in his State of the State address to lawmakers. He talked instead about his desire to care for everyone, regardless of race, age, or socioeconomic status. And facing a budget year depleted by a loss of revenue in the COVID economy, Parson told medical providers, law enforcement officers, teachers, and farmers they will get the tools they need to succeed. “Sunny days are ahead!” he exclaimed.

It was a special day for the officeholders and their families — one filled with the pomp of an army band, a B-2 flyover, and a 21-gun cannon salute over the Missouri River valley. And Mike Parson would have preferred to leave it that way. But the traditional post-speech news conference brought the crushing reality of gubernatorial challenge back into focus.

There were questions about getting Medicaid expansion online, about a renewed police reform debate, and about reaching out to people who didn’t vote for him. When David Lieb, of the Associated Press, asked about local security adjustments in the wake of the U.S. Capitol siege, and KRCG 13’s Mark Slavit asked whether Parson thought Senator Josh Hawley should resign (for pressing the electoral college challenge after the riot and, in the eyes of many, inciting the mob members in the first place), the governor winced. “We’ll be talking about Washington, DC, every day from hereafter,” Parson said in response to Slavit. “Everybody has to be responsible for the decisions they make, good or bad or indifferent. That’s what I’ll say.”

Don’t expect Missouri Democrats to leave it at that. “In setting the tone for his coming term, Governor Parson could have used his inaugural speech to forcefully denounce the members of his political party who helped encourage and incite the insurrectionist mob that assaulted the U.S. Capitol last week,” House Minority Leader Crystal Quade, of Springfield, proclaimed in a statement. “He instead pretended the events that have shaken the very foundations of American democracy didn’t happen and ignored his party’s complicity in them. At this critical juncture in our history, we need leaders who will unequivocally and vocally oppose domestic terrorism. On the first day of his new term, Governor Parson failed to do so, and Missourians should demand to know why.”

At that point, the inauguration party was pretty much over.