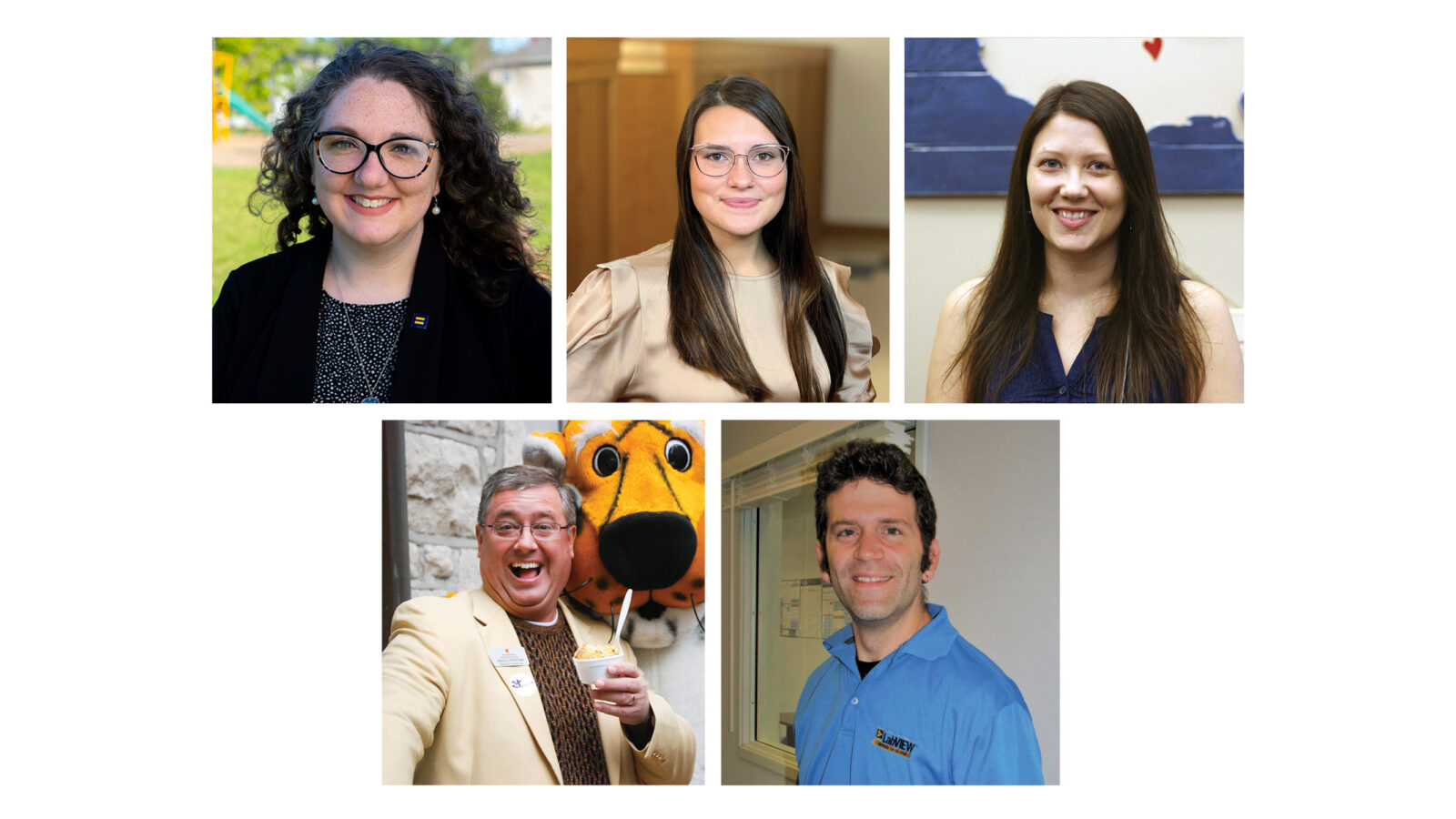 This December, celebrate with the business professionals in our community who are moving up, moving around, and gaining new experiences and opportunities.

Andrea Waner announced she will seek election to the Columbia City Council representing the city’s Second Ward. Andrea serves as chair of the Human Rights Commission for Columbia. As a leader on the commission, Andrea worked to broaden Columbia’s nationally recognized workplace, fair-housing, and civil rights ordinances to include contractors. She has also worked with multiple public and private health agencies, including the Columbia/Boone County Health Department, the Institute for People, Place, and Possibility, and MU Health Care. Her work has led her to tackle food insecurity, discrimination, access to childcare, and mental health issues. Andrea was born in Columbia and received both her bachelor’s and master’s degrees from MU.

Klingner and Associates welcomed Abra Spisso to its Columbia office as a water and wastewater engineer. Abra specializes in water and sewer main design, stormwater pollution prevention plans, report preparation and inspections, specification development, and permitting. Abra holds a Bachelor of Science in civil engineering from the University of Pittsburgh and a Bachelor of Arts in physics from Duquesne University.

Jennifer Rodriguez joined SuretyBonds.com as its content strategist. In this role, Jennifer will develop and manage the execution of SuretyBonds.com’s content marketing strategy, driving traffic to the website alongside a team of content creators. Jennifer has nearly a decade’s worth of experience in content marketing and public relations, serving as managing editor at two Columbia-based companies before joining SuretyBonds.com. She previously worked in higher education, most recently as Columbia College’s associate registrar.

The Mizzou Alumni Association announced that Wally Pfeffer has been named the 2020 Alumni Legacy Award winner after nearly four decades of service to MU. Wally has been a member of the MAA’s Boone County chapter for 37 years, where he has served as co-chair, treasurer, and membership chair. He has also served as president twice, from 2004 to 2006 and from 2018 to 2019, in addition to serving on a multitude of other volunteer boards on campus. These awards are given alumni who exemplify leadership and service to MU through their volunteer work with the MAA; the Alumni Legacy Award in particular honors a lifetime of exemplary service.

Michael Carraher joined ThermAvant Technologies as the IT manager and LabVIEW specialist. Aside from his IT duties, Michael’s role at ThermAvant is to manage and govern the company’s NIST 800-171 protocols and maintain the new Cybersecurity Maturity Model Certification security standards. Michael brings over 14 years of computer, technological, electrical, and research experience, including dual degrees in both computer and electrical engineering from MU. In his previous roles, Michael worked as the senior research specialist and technician for the University of Missouri Department of Bioengineering and Civil Engineering, where he supervised the operations, upgrades, repairs, maintenance, and training for several material testing labs. In that role, he also assisted faculty with experimental designs and implementation. Michael is CompTIA A+ certified, Network+ certified, and a LabVIEW developer certified.