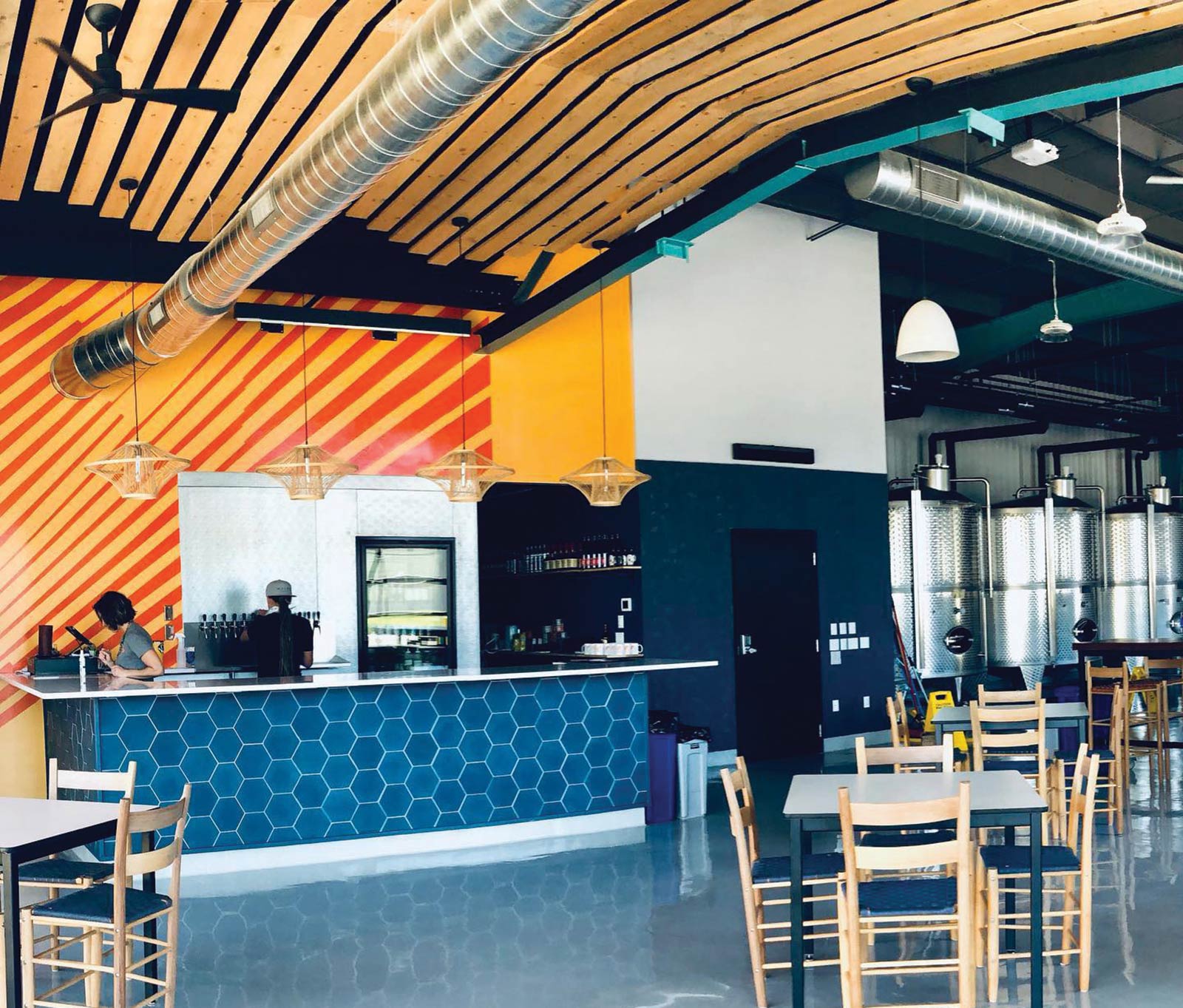 This month, we take a look at three of Columbia’s businesses – Waves Cider Company, Cracked Up Mobile, and Chi-Town Eats.

About two and a half years into opening Logboat Brewing Co., Judson Ball, one of the brewery’s co-founders, learned that he had a severe food allergy to wheat and barley, causing him to be unable to try any of the beer the brewery was making. With this discovery came the creation of Waves Cider Company, a hard cider company that offers gluten-free beverages.

Since opening in the late summer months of 2020, Judson explains that Waves Cider Company has collaborated with several other local restaurants that also offer gluten-free menu items to host food-pairing events in the company’s new space. The company also has plans to expand its cider portfolio and also add some other gluten-free beverages.

“This [allergy] opened our eyes to all of these cool and delicious beverages that are out there and that aren’t really being made regionally,” Judson says. And now, he can get a taste of the company’s flavorful success.

As a marketing consultant, Mikel Fields was looking to get into some new business opportunities. In April of 2019, he did just that as he purchased and took over ownership of Cracked Up Mobile, a mobile phone repair shop that was established in 2013. “This was an opportunity where I could help with the rebrand and business brand strategy of the company,” he says. “It’s a service that put me in the position to be able to help pretty much anybody.”

So far, the company has been seeing success with its rebrand, but, Mikel says, they’re not done yet. The company is working to expand, too, and now offers on-site services so customers can stay at home and have their devices fixed.

From iPhone to Android to laptops to tablets, for battery or small-parts replacements or even gaming console repairs, Cracked Up Mobile’s services go beyond cell phones. Mikel says: “We’re growing into becoming more of a local tech shop. We’re trying to grow into becoming a mix between a local Geek Squad and a local tech shop.”

“I’ve been [in Columbia] for almost a year, and I couldn’t take not having Chicago food here,” Angelo Smith Jr., a 20-year-old Chicago native, says. “No one else has it here, so why not me?”

Angelo was ready for Columbia to meet Chicago cuisine, and in October, he opened Chi-Town Eats.

With a menu full of wings, seafood, burgers, and nachos, Angelo is bringing a taste of Chicago to his new home, including a few of his own favorite dishes, like the Pizza Puff and Italian beef sandwich. “Something unique for everyone is our mild sauce and lemon pepper — our mild sauce is a Chicago favorite, and our lemon pepper is nothing like what people have heard of,” Angelo says of Chi-Town Eats’ Chicago-style spin.

Once Chi-Town Eat’s first location gains the success and attention that Angelo wants it to, he plans to expand to different college campuses across the country.