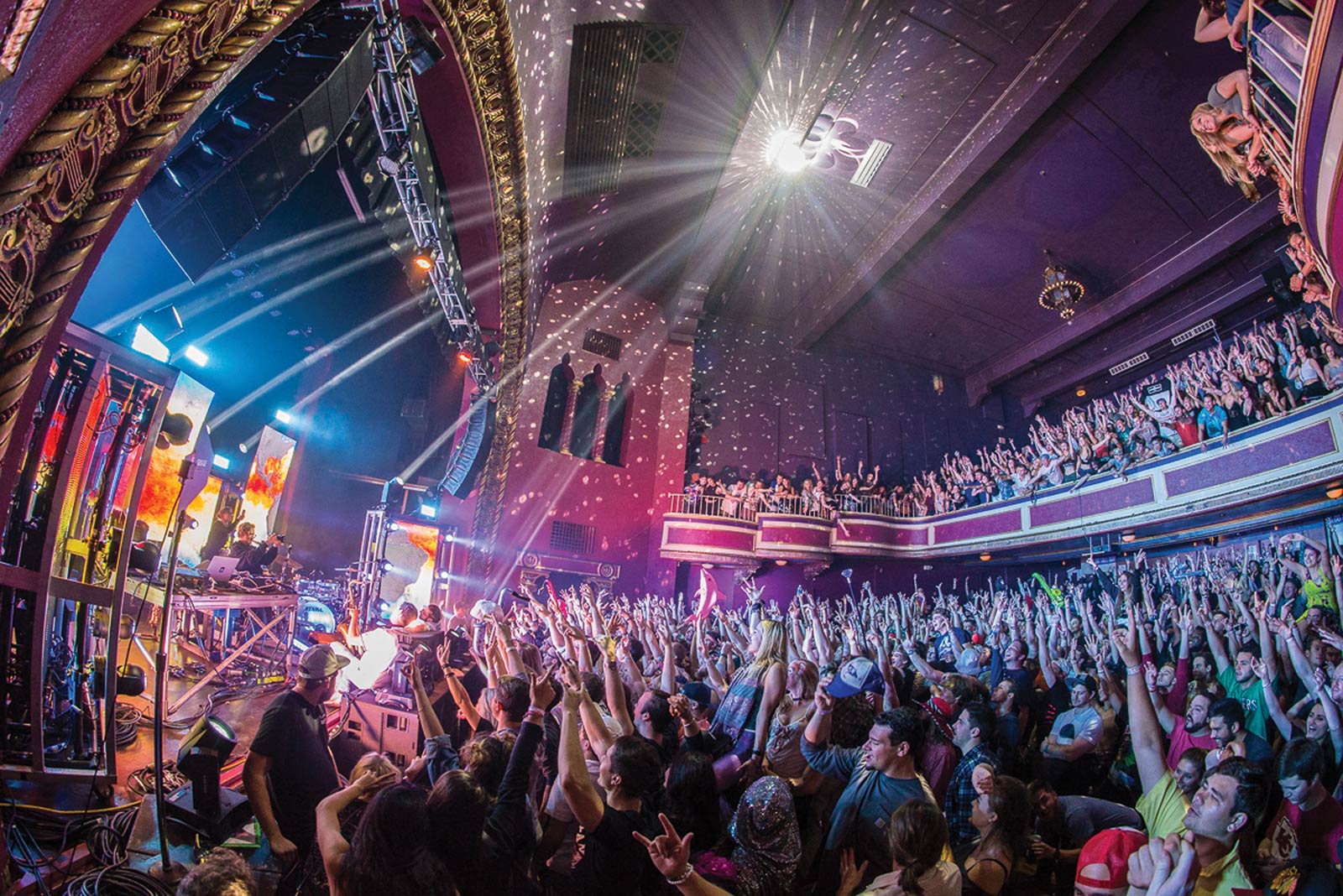 Looking back on The Blue Note’s four decades of concerts and community.

Downtown Columbia is full of icons. You can find plenty of the city’s staples there, from restaurants to art galleries and more. The Blue Note — one of Columbia’s most iconic music venues — also calls downtown its home, and it just turned 40. The Blue Note family is feeling grateful and honored to carry on the legacy and is determined to bring the city of Columbia plenty of great concerts for years to come.

In  1980, Richard King and Phil Costello purchased a music venue on the north side of Columbia, away from the foot traffic of the university and downtown. As a new decade came along, Richard, who was the sole owner at that time, decided to move The Blue Note to the building Columbians know and love today. In 1999, Richard also purchased Mojo’s, a smaller venue just down the way, which people now know as Rose Music Hall.

In the ensuring decades, the sister venues have hosted some big names — The Red Hot Chili Peppers, R.E.M., Arcade Fire, and The Black Keys are just a few of the big-name bands who have made their way to Mid-Missouri through these concert halls.

Richard sold The Blue Note and Rose to its current owners, Matt Gerding and Scott Leslie, in 2014. Matt and Scott own other venues, including the Majestic Theater in Madison, Wisconsin, but Matt says The Blue Note will always have a special place in his heart.

Matt, 42, is a Columbia native. He fell in love with music during his punk-rock high school days and has been passionate about the culture and experience of live shows ever since. His interest in a music career was solidified while attending shows at The Blue Note in college, which he said makes his current ownership all the more special.

“I just decided at some point during college that I wanted to do something in the music business,” Matt says. “I graduated from Mizzou in 2002 and then moved to LA. I worked out there for about four years, and then decided that I wanted to move back to the Midwest and open a live music venue.”

Matt has seen many memorable shows at The Blue Note both before and after he took ownership. His favorites include Chris Stapleton, Snoop Dogg, and My Morning Jacket. But he said that one show that sticks out to him most was the Local Natives — for both the music and the memories.

“The Local Natives are actually managed by Phil, one of the founders, and Richard came in for the show as well,” Matt says. “So it was me, Scott, Phil, and Richard for this sold-out show, the founders and the caretakers. And it was just a really special moment, a rare moment in time.”

Mike Nolan, 31, is the general manager of The Blue Note and Rose Music Hall. He started as an intern at The Blue Note in his early 20s and feels lucky to have grown up in such a great organization — and to have seen many performances.

“Being at the forefront of the live music scene in our town has meant a lot to me,” Mike says. “All the relationships that I’ve forged with staff, bands, and tour managers — it has been an awesome experience from the start . . . I remember seeing Gary Clark Jr. for the first time at The Blue Note, and I just had a realization that [music] was something I wanted to pursue full time as a career.”

Many shows at The Blue Note have had to be canceled or postponed due to the COVID-19 pandemic and resulting Columbia ordinances. Matt says, although it’s been crippling for the music industry, it has made him appreciate what they have and how the community has been supporting them.

“When you’re in the throes of a really busy season, you take some of the normal stuff for granted sometimes,” Matt says. “But when something is gone, people remember how great it was and appreciate it, and that certainly goes for me. And it goes for all the concert-loving people in Columbia.”

Looking Back and Looking Forward

With 2020 marking 40 years of The Blue Note, Matt and his staff had big plans for an anniversary celebration. But due to COVID-19, their plans had to be canceled. He hopes that they will eventually be able to celebrate such a milestone.

“We’re hopeful we can still celebrate at some point when things get back to normal,” Matt says.

As for the immediate future, they have something exciting coming up in November called “The Revival Concert Series.” They’ll be opening their doors at a limited capacity of about 150 people for cabaret-style concerts of reserved tables and chairs. The Blue Note staff has coordinated closely with the Columbia and Boone County health department to make sure that they can bring live music back in a safe manner.

“It will allow us to put staff to work and keep music alive on some level in the city, which means a lot to us,” Matt says. “There’s nothing that I love more than bringing people together from different ages, backgrounds, and musical tastes into a single space to celebrate live music together.”

Looking back on four decades of The Blue Note and Rose Music Hall, Matt feels lucky to have such a great community of music lovers supporting them. He says he feels grateful to be entrusted with such a special part of Columbia’s culture.

“To be in charge of such a staple in Columbia — it’s just an honor,” Matt says. “It’s a legacy we feel that we need to keep alive and roll forward.”

Mike is thrilled that he has been able to keep things up and running throughout the years and looks forward to things to come.

“We’re happy that we’re able to carry it on,” Mike says. “I’m glad [Richard] passed it to Matt and Scott, and I’m glad to get to run things. It’s a gem in Columbia that people can come into such an old space and see all kinds of music.”

“They’ve taken all of the things that I had been developing and only made them better,” Richard says. “I feel very lucky to have owned the Blue Note for 30 something years, and I wouldn’t trade it for anything. And they’ve done an unbelievable job.”

1980
Richard King and Phil Costello purchase The Blue Note’s original space on the north side of Columbia.

2014
Matt and Scott rename Mojo’s to Rose Music Hall after Forrest Rose, who was a columnist for the Columbia Daily Tribune.