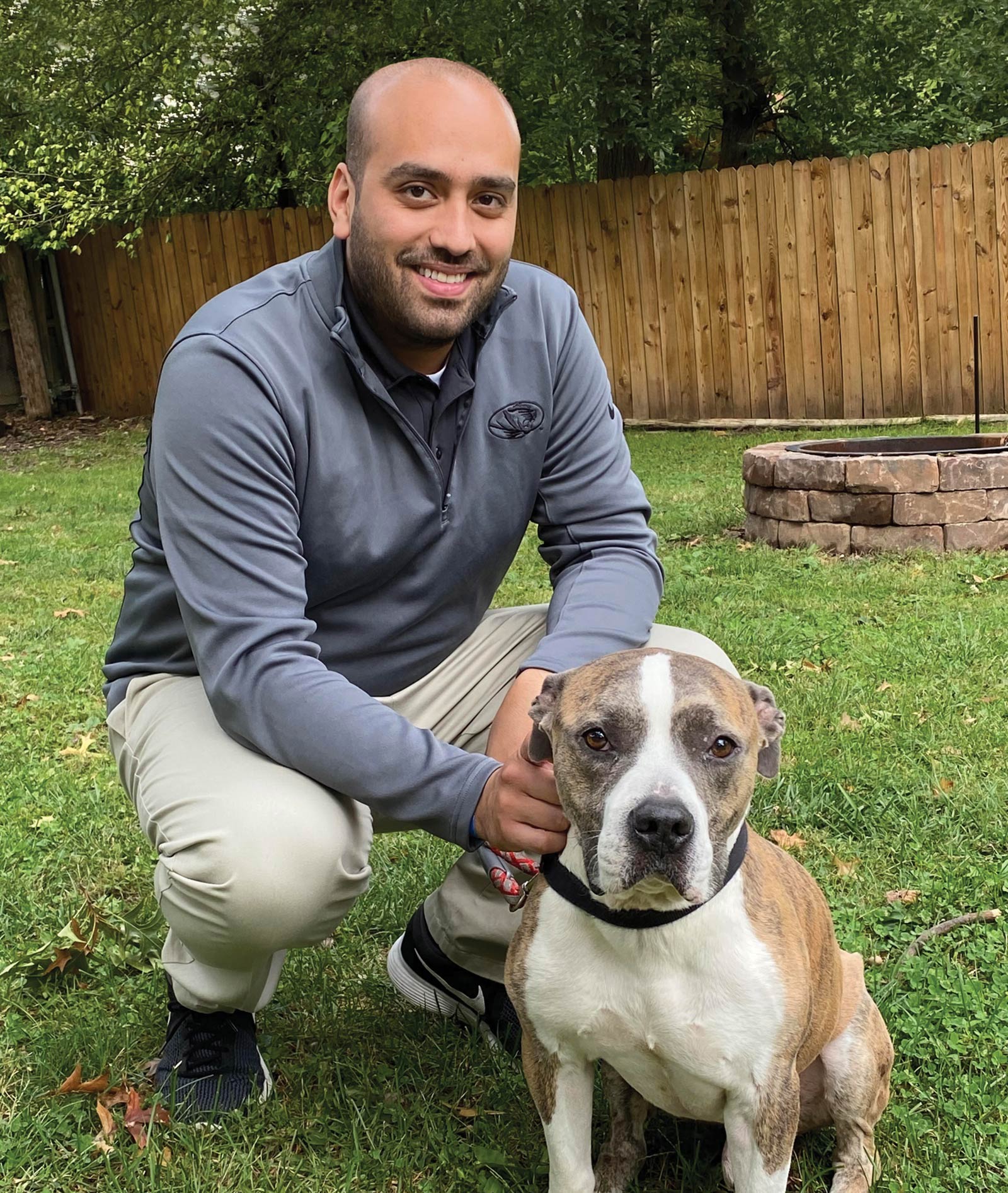 November: Briefly in the News

any people have heard of adopting a dog from the Central Missouri Humane Society, but not as many have heard of fostering a dog. But being a foster parent to a dog can not only provide the same companionship that adopted dogs offer, but it can also play an important role in helping animals in need.

Tony Wirkus is one such foster parent who gives back to the Columbia community by fostering dogs for the shelter. Tony has been fostering dogs since 2015, and about 15 dogs have come and gone through his home during that time.

“I’ve always loved dogs,” he says. “I never had one growing up, so I got my first dog when I graduated. . . . and then I thought [foster parenting] would kind of be a good way to give back.”

To get a foster pet, the foster parent chooses a shelter pet that they believe they can care for properly, and then it’s temporarily released into their care while waiting for a long-term owner to adopt the pet.

Tony says dogs may come to him because they “either have a behavioral issue, or they’re scared of the shelter.” He adds, “It’s rewarding to see an animal who needs you, and it’s great to see where you can get them from a point where they need help to where they can be adopted by a family and have a great rest of their life.”

Tony says, “Someone that just loves animals and wants to do something for their community would be a really good fit.”

Fostering an animal has some heartbreak to it. Eventually, each of Tony’s foster pets must leave him to go to permanent families.

“It’s both the best part and the worst part,” Tony says. “You get connected to animals, especially if you have one long-term. They feel like they’re your dog, and when they get adopted out, you just kind of feel that void. It’s both rewarding and very difficult. I definitely miss some of my fosters.”

Currently, Tony is fostering a dog named Dallas for the Central Missouri Humane Society. He says: “The dog I am fostering is a mixed breed with some white and brindle. I’ve had Dallas for a couple months as he’s been going through heartworm treatment.”

If Tony could leave a potential foster parent with an idea, he says, “I think just that fostering is a great service, and I would highly suggest that anyone who is interested look into it.”