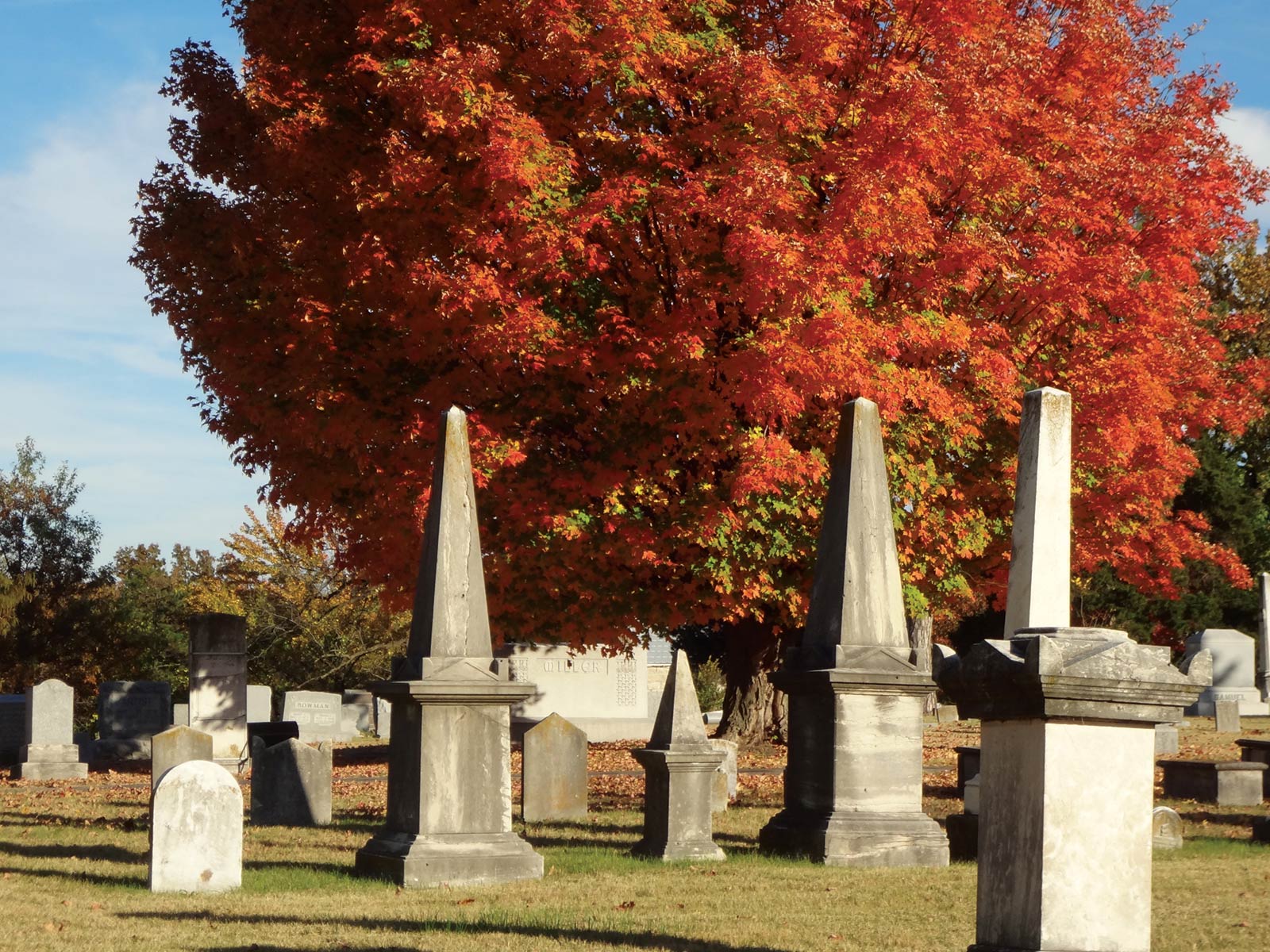 he Columbia Cemetery, at the heart of Columbia, will turn 200 years old this year. However, due to the pandemic, the city is unable to celebrate. But, virus or not, the cemetery remains a fascinating feature of the community for its significance as a marker of Columbia’s history.

As Columbian and cemetery historian Cindy Mustard says: “It’s a beautiful place. It’s quiet. It’s thought-provoking. I would call it a historical gem.”

The Columbia Cemetery was designated in 1820 by early Columbia founders.

Genie Rogers, a cemetery historian and Columbian whose family members have been interred in Columbia Cemetery since the mid-1800s, says, “This was the only city burial ground, and it was started in 1820 because it was on high ground.”

The high ground was essential for its ability to stave off flooding during heavy Missouri rains. This positioning seems to have worked, since over thirteen thousand people are currently interred at Columbia Cemetery, and there have been no complaints about leaks.

Among these graves lies the resting site of one of the earliest people to be buried in the cemetery, someone who had a huge impact on early Columbia’s survival during the Civil War.

“It started with Mary Todd — she was the niece of Mary Todd Lincoln, which had a huge role in Columbia not getting buried down in the war,” Genie says. “We have every war represented here — even the war of 1812. We have both north and south soldiers from the Civil War. We have people from the Korean War and Vietnam.”

The cemetery also has sections of the cemetery dedicated to different ethnic groups, such as Columbia’s Jewish population, and a section to honor a Black Civil War infantry that fought for the Union. It is features like these that make walking through the cemetery a walk through history, giving visitors the chance to posthumously meet people who have influenced academics, art, and culture.

For instance, the cemetery is the resting place of Walter Williams, who founded the world’s first school of journalism at MU and also introduced journalism as an educational endeavor globally. The cemetery also claims Henry Kirkland, a Black academic who taught agriculture at MU during the segregationist era despite the fact that he was not allowed into school buildings. From her research, Cindy discovered that he was so popular as a teacher that students were willing to meet him on the school steps for lectures.

It’s hard to walk a few steps in the cemetery without walking past more special Columbia history like this.

The cemetery has also historically been used for relaxation in the Columbia community.

“People would come out on Sunday afternoon, they would have horse races, and it was that way because back then, people didn’t have city parks,” Genie says. “There was a bandstand, and it’s where they would have concerts and poetry readings in the late 1800s. It burned in 1900. The foundation lines are still there, and we are using that as our scattering garden for ashes. It’s kind of a grove of cedars now.”

However, the cemetery is not only important for its historical recreational uses, but also for the welcoming hand it extends to modern visitors.

For Korean students from MU, the cemetery is a fascinating way for them to experience American culture in an unexpected way. Genie explains that Korean students like to watch the process of grave-digging since, in Korea, where land is scarce and thus used for more profitable ventures like farming, Koreans rarely get a chance to see the American tradition of burying passed loved ones.

Tanja Patton, a cemetery superintendent and resident on the cemetery grounds, adds her own personal experience with the cemetery: “When my oldest son’s wife was pregnant, we walked out here to look for names. So that’s where they got their ideas to name their children.”

MU students and resident Columbians also like to take walks in the cemetery, watch the local deer population, and occasionally visit during Halloween — if they’re feeling brave. Especially during the pandemic, cemetery caretakers have noticed that the cemetery has become a magnet for Columbia families looking to relax away from their houses amid social distancing.

But despite the cemetery’s beauty, historical significance, and recreational benefits, Tanja says that “there are still a lot of people who don’t know we’re here.”

Though the Columbia Cemetery cannot celebrate its bicentennial anniversary due to the COVID-19 pandemic, Cindy believes people should still visit and enjoy what the cemetery offers.

“I just think this represents kind of a hidden gem in our society here in Columbia,” Cindy says. “It just offers so much about the culture and the community, and it’s old enough that it shows the culture from 1820 to now.”