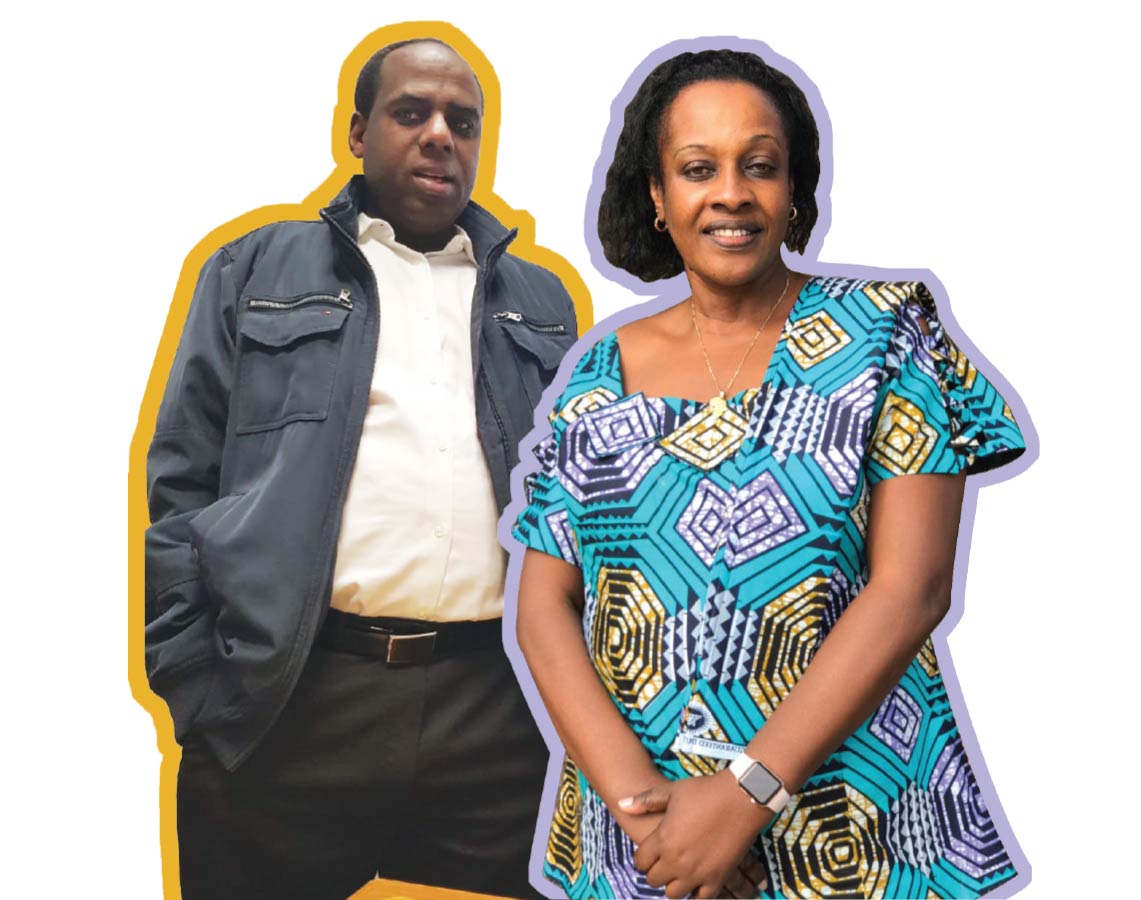 How refugees are making Columbia their new home after theirs were destroyed.

According to the United Nations, 79.5 million people were forcibly displaced worldwide by the end of 2019, whether by war, tyranny, or genocide. For most of us, it’s almost impossible to imagine living in a war-torn country, watching helplessly as our homes, families, and daily lives are destroyed, leaving us no choice but to flee to another country to start our lives over from scratch. But this is the reality that thousands of refugees like Caritas Habimana and Noe Rusaysa, two refugees that escaped their home countries and came to Columbia, face every year.

From Refugees to U.S. Citizens

Cari Habimana came to Columbia in 1996 to escape her war-torn home country of Rwanda. She fled to Kenya during the Rwandan Civil War and genocide, where she waited to be granted permission to enter the U.S. This is also where she was reunited with her husband and three children, from whom she was separated for five months during the war. When they arrived in America, Cari and her family spoke no English. In addition to having to learn the language, American culture, how to drive, her children’s new school system, and how to find work, she was also overcoming the trauma of losing family in the genocide and being forced from her home.

Twenty-six years later, Cari is now a U.S. citizen, and she actively serves the vast East African refugee community in Columbia, which is estimated to be in the hundreds. Cari works as an in-home caregiver for Help at Home and is an interpreter for CPS, Family Health Center, and the Columbia Housing Authority. She speaks six languages, including French and Swahili, which makes her able to speak to and translate for the majority of refugees coming from East African nations like Rwanda, Eritrea, Burundi, Kenya, and the Democratic Republic of Congo.

Cari also is a deaconess with Christian Fellowship Church, which has an active refugee outreach ministry. Cari learned about some of the other refugees in town when she saw some walking from the Gerbes on Broadway, carrying things on their heads. The East African refugees, most of whom are overcoming the shared trauma of fleeing their homelands, have formed a community and support each other.

“We get together a lot,” Cari says with pride. “All of the refugees know each other. When we lose someone, or someone gets married, we get together. And we put money together for them. It’s really amazing.”

Cari moved to Georgia with her husband for a time, but moved back to Columbia because, she says, Columbia is the best and has been very welcoming to refugees like her.

And while Columbia is home now, Cari has been able to return to Africa a few times to visit her family who survived the genocide. But one of the times she went back was to claim the bodies of her family who did not survive, in order to keep them from being buried in mass graves.

Noe Rusaysa came to Columbia in 2008, escaping war in his home country of the Democratic Republic of Congo with his three young children.

“If you’re coming here, it’s because you’re escaping conflict back home,” Noe says. He and his family were in much the same boat as Cari was when they arrived in Columbia.

“Learning English and learning to drive were challenges,” he says. “Columbia is home now. It was hard to overcome barriers — you have to learn the culture, how to make friends, and the language.”

Noe is now a U.S. citizen and has had two more children since arriving here. He is an energetic parent and stays busy while working at Big Tree Medical.

The Journey to Columbia

Every year, under obligation to the United Nations High Commissioner for Refugees, the president, in coordination with congress and federal agencies, determines how many refugees will be permitted into the country. Most refugees go to developing countries, but tens of thousands come to the U.S. each year.

Refugees are different from immigrants, who decide to relocate to another country willingly, and even from asylum seekers, whose refugee status has not been verified. Refugees are extensively screened by the U.S. State Department before being allowed to enter the country, and the process can be lengthy. Once granted refugee status, refugees do not have a choice as to where they settle in the U.S. Instead, the government contracts with nonprofit and faith-based organizations to settle them.

One such organization is Refugee and Immigration Services of Catholic Charities of Central and Northern Missouri. This refugee resettlement office is located in Columbia and is the social services outreach arm of the Diocese of Jefferson City. Columbia, Springfield, St. Louis, and Kansas City are the four Missouri cities that accept refugees. About 2% of refugees coming to America settle in Missouri. Refugee and Immigration Services provides refugees with initial housing, household goods, help with employment, English language training, and extensive case management to help refugees navigate their new homes. These services are provided for three to six months.

After the initial settlement period, City of Refuge, a Columbia nonprofit, steps in to help refugees.

“City of Refuge steps in after about three to six months, when RIS has stopped their settlement services and the refugees have their first jobs and are left to be more independent, which we found takes a lot longer,” says Lori Stoll, refugee care coordinator for City of Refuge. “We’ve found that the help they need is probably life-long. Also, they have trauma. With trauma, you don’t keep a lot of short-term memory, so your learning curve is a lot bigger.”

Lori says that the refugees’ language barrier prevents them from having many employment choices, and when they do find a job, they often work seven days a week or in 10 to 12-hour shifts — it’s not easy.

“Most of us have an uncle or a grandma somewhere we can call when we’re down on our luck and need help, but these folks, their families are over in a refugee camp starving, and once they get their job, they’re sending all of their extra income back home to their sister or grandma instead of using it to heal here,” Lori says. “That’s why we get out of bed. People don’t really get it until they know a refugee and learn their story.”

For the last several years, City of Refuge has served about 800 refugees in the community, including some who are now U.S. citizens. As more refugees settle in Columbia, Cari asks for residents’ patience. “We don’t know the mannerisms, we don’t know the expectations in America, so bear with us,” she says. “We are learning, and we are becoming Americans. Communication is hard for us, and we make mistakes, but we’ll get there.”