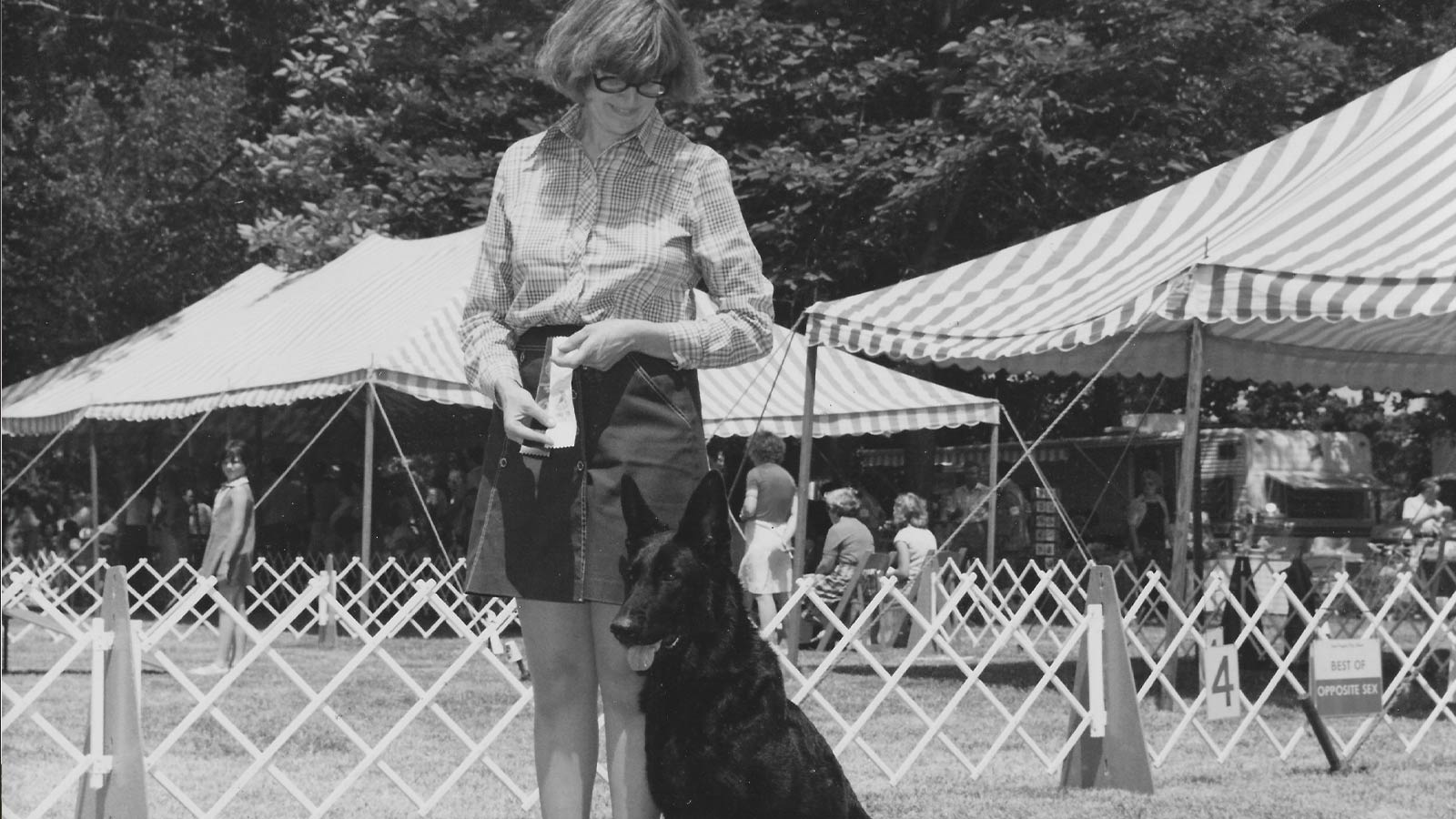 Anne’s 50 years of experience began with training a family dog that her husband, who was in the military, insisted be well-behaved since their family moved around so much. From there, Anne trained dogs for other military families who were having difficulty moving around with their dogs.

Eventually, Anne’s husband retired from the military and they came to Columbia.
“We weren’t in the service anymore, and the same thing sort of happened, except I had a young [German] shepherd by then that I was working on training to show,” Anne says. “I had trained him, but I had not worked him around any other dogs or anything like that. I needed a class, and there were some people in town who were [giving] dog training classes. I went there, and it was absolutely deplorable. I was very upset by the way they trained and so on. I came home and said, ‘Forget that, I’m going to start all my own classes!’”

And that is how Anne Gafke’s Teacher’s Pet was born. This dog training facility is where Anne applies understanding and caring methods of training to each dog. Anne has trained various dogs for various purposes, but she approaches each case with a consistent belief that the bond between a person and their dog is important and unique.

This individualization is a key component of Anne’s approach to dog training, which she prefers to view as an “education.” Anne says that one of her biggest problems is that people drop off their dogs at her facility and come back and “want to know which button to push.”

By approaching each case on its own terms like this, Anne is better able to understand what dogs — and their owners — need out of her training. “I definitely prefer positive reinforcement,” she says. “We want the dogs to love work and love working for you.”