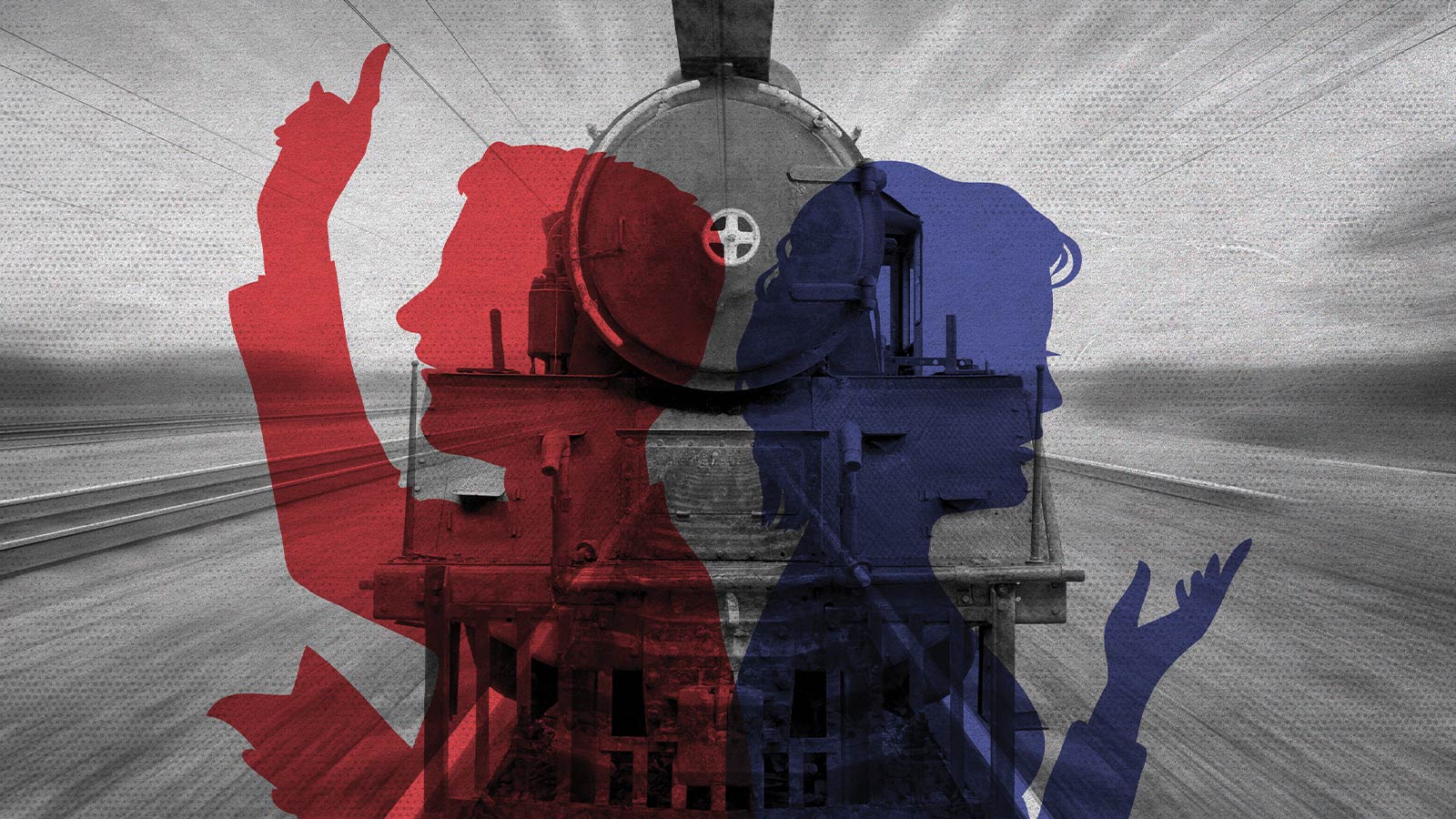 A rundown of how Missouri’s politicians are responding to the COVID-19 pandemic.

People ask me what it’s been like to cover the COVID-19 pandemic. I generally tell them it’s a bit like laying track in front of a moving train. You never can be sure when the evolving data will overtake a coherent presentation and derail your effort. I can only assume that it’s pretty much the same for policymakers in Missouri. They have no blueprint for this, and they get second-guessed at every turn.

Governor Mike Parson has been the man on the hottest of hot seats. People have repeatedly questioned his initial resistance to a statewide stay-at-home order.

“The advantage of social distancing is not so much the duration of infections,” noted Dr. Mark Wakefield, the associate chief medical officer at MU Health Care. “It’s avoiding the surge, or the height of the peak that can overwhelm the capacity to take care of critically ill patients. And if we slow down the peak and flatten the curve, then we’ll save lives and preserve the capacity to take care of sick patients.”

At the time of writing, we are roughly a month into the state’s war on the coronavirus. To date, no hospital nor public health agency in Missouri has reported the curve being so steep as to leave them overwhelmed.

Still, the fact that Parson is engaged in a re-election campaign leaves his decisions on COVID-19 management an obvious and irresistible target for his political opponents. And Parson’s initial resistance to a statewide stay-at-home order was front and center.

On March 31, State Auditor Nicole Galloway, the presumptive Democratic Party nominee for governor, turned up the heat. “Failure to address the immediate threat to public health will undermine our economic recovery,” Galloway asserted in a news release. “Public health experts, frontline hospital workers, and medical professionals have provided clear guidance on what our state needs to do to make it through this crisis.” It should be noted that the release came not from the state auditor’s office, but from Galloway’s campaign spokesman, Eric Slusher.

The next day, a reporter asked Parson about Galloway’s statement. He didn’t mince words, saying: “I would say the state auditor needs to worry about being the state auditor right now. All of us elected officials need to have one thing in mind: what do we do to help with the COVID-19 situation. This is not the time to play politics out of this issue.”

With Missouri one of just 10 remaining states without them at the time, Parson announced a statewide stay-at home order on April 3, to take effect the following Monday, April 6. “There comes a time when we have to make major sacrifices in our lives,” the governor said. But that did not quell the partisan assault. The top Democrat in the Missouri House suggested that the order, which allowed people to access grocery stores, gas stations, and banks, and to engage in outdoor recreation, was an empty gesture.

“It is so riddled with exemptions that it differs little from the weak and ineffective social distancing directive the administration previously issued,” assailed Springfield Democrat Crystal Quade, the house minority leader. “And it formally punts responsibility for imposing stricter measures to local officials.”

Before the stay-at-home order, in a series of almost daily releases, the Galloway campaign pushed Parson to form an “emergency economic relief council to advise the governor’s administration on economic stabilization in the short term and recovery,” to “bypass statutory hurdles to get unemployment payments to displaced workers quickly,” to activate a “COVID-19 Response Command Center,” and to design a relief package.

Since the statewide order (and before the April 20 deadline for this article), Galloway has issued four additional statements. On April 10, she called on Parson to use some of the billions of dollars in federal relief money to pay counties the $35 million dollars the state owes for housing its prisoners in county jails. On April 13, Galloway urged the governor to support expanded absentee and early voting, citing CDC recommendations for mail-in ballots and other strategies to avoid having people show up at polling locations. And on April 18, she questioned Parson’s declaration that 50,000 COVID-19 tests were needed weekly in order for Missouri’s economy to re-open fully. On April 20, in a release from her office, Galloway requested information on the working group formed by Parson to direct the distribution of the billions of federal dollars bound for Missouri.

The incumbent chief executive has taken heat from the opposition direction, as well. Saundra McDowell, the U.S. Air Force veteran and attorney has jumped into the race for governor, as well. On April 13, McDowell put out a release challenging the constitutionality of Parson’s statewide stay-at-home order.

“[While] I believe the Governor’s intent is to safeguard the lives of Missourians, the order infringes upon our right to peacefully assemble, as well as the free exercise of religion,” McDowell wrote. “I cannot, therefore, in good conscience stand by as our sacred First Amendment rights are infringed upon.”

Parson is hardly a political victim here. After every coronavirus briefing, his office puts out a news release summarizing the steps announced and taken that day, followed by a release from his campaign organization exalting his “decisive action.”

Team Parson has celebrated the Missouri Republican’s efforts to expand COVID-19 testing, to extend social welfare benefits, to define social distancing, to waive dozens of statutes and regulations, to put the National Guard on the hunt for auxiliary housing and treatment sites, to create an army of medical volunteers to backstop frontline workers, to declare the statewide stay-at-home order, and, on April 16, to announce a move towards normalcy by getting people back to work on May 4.

Governor Parson’s biggest political problem could be his decision to suspend reporter participation in his daily coronavirus briefings, claiming deference to social distancing. Despite media concerns about transparency, Parson shifted distribution of the sessions to his own Facebook page and required reporters to submit questions in advance. News organizations questioned Parson for not using Zoom or some other online conferencing technology to bring the governor and the media together.

“The frustration is that other states are doing it and the President of the United States is doing [real time Q&A],” Missouri Broadcasters Association President and CEO Mark Gordon told the Kansas City Star. “So I don’t know why we can’t do it in Missouri. And that is disappointing, to say the least.”

Parson finally allowed reporters back to the capitol for a face-to-face Q&A session on April 17, roughly the same time he announced Missouri would begin the re-opening process. But his public perception problems don’t end there. At the time of this writing, the public has grown restless and the week ahead looks to be filled with capitol rallies and other public demonstrations of protest to his stay-at-home order. As I said, it’s a little like laying track in front of a moving train.