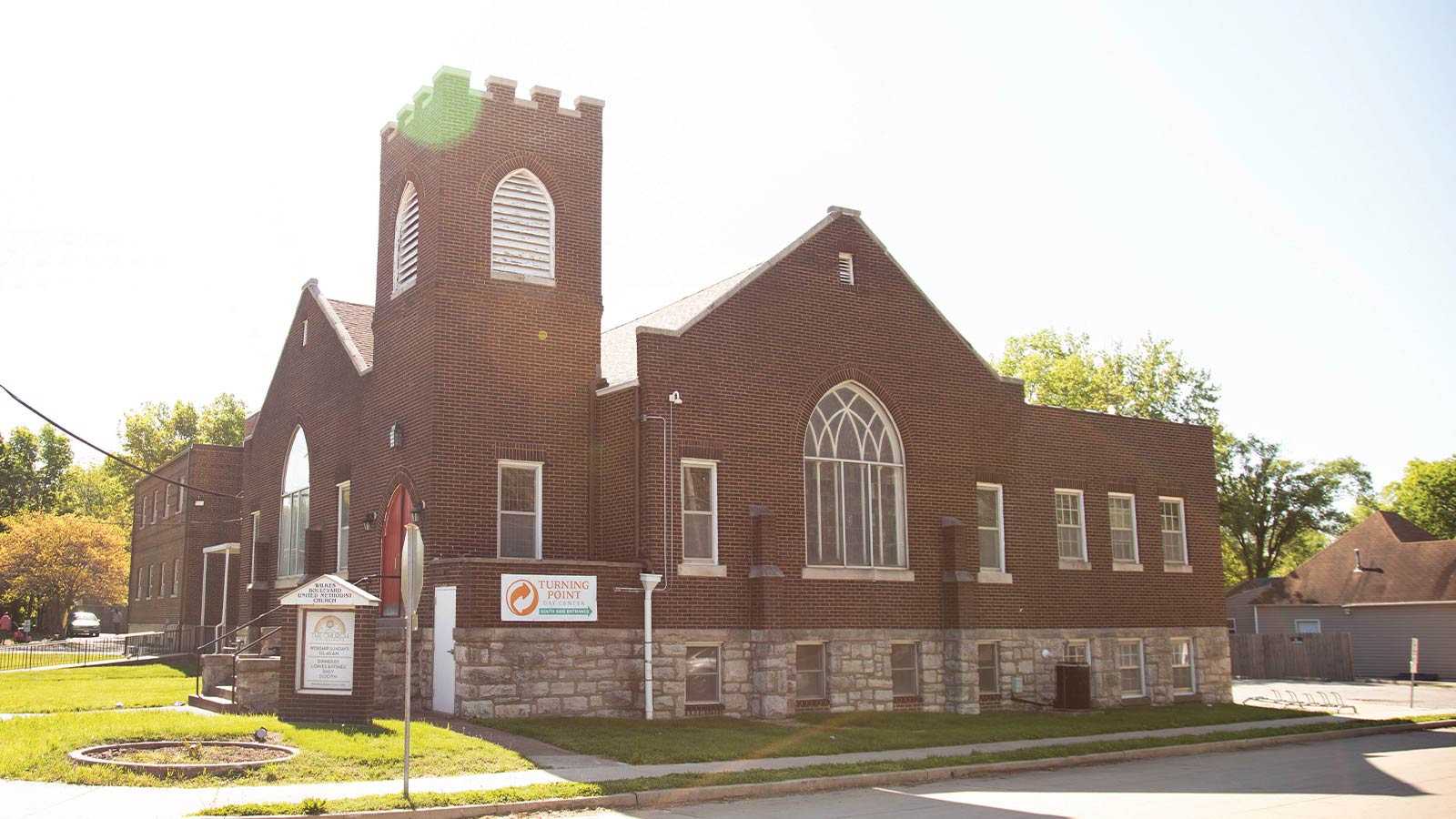 “If I was forced to say what the biggest reason why people are homeless is, that’s how I would frame it: somebody, somewhere who was supposed to take care of this person — a parent, a teacher, a coach, the foster care system, the criminal justice system — at the very least neglected that duty or, at the worst, used it in an abusive way. That’s really what unites all of these stories,” says Pastor Brad Bryan of Wilkes Boulevard United Methodist Church. WBUMC is home to Turning Point Day Center, a support center for those experiencing homelessness.

Unlike other organizations that provide overnight shelter or meals, Turning Point Day Center provides a wider range of critical services to those experiencing homelessness: a safe place to shower and do laundry; phone and internet access; storage of personal belongings for up to 60 days; a physical mailing address, which Brad says is the most used service; access to counseling, case management, and local resources; and fellowship. Open from 7:30 a.m. to 12:30 p.m. Monday through Friday, Turning Point, which served 1,676 people in 2019, opened in 2014 as the result of a major transition at the church.

A Turning Point for the Church Itself
On its website, Turning Point says a “turning point” is defined as “a point at which a significant change occurs.”

“My predecessor, Pastor Meg Hegemann, led the congregation of Wilkes Boulevard United Methodist Church through a process of really intense discernments that ended up with the church deciding we needed to do something pretty big or we were going to end up slowly declining and dying as a church,” Brad says. “We’d just have to close our doors and sell our building.”

Attendance had been declining for years, and churches are seldom sitting on large cash reserves to go to in times of trouble.

“The church decided it needed to do something big, which led them to the question of, ‘What does our town really need from us?’” Brad says. “At the same time that was happening, Loaves and Fishes [a homelessness support program in Columbia] was quickly outgrowing its location in the Columbia Housing Authority apartments. The first big thing that WBUMC did was welcome Loaves and Fishes to our fellowship hall and start serving dinner. That continued to grow, and that became the foundation for becoming a direct access point for resources for homeless people. We started with money from the Missouri Conference of the United Methodist Church and opened Turning Point in 2013, and we cut the ribbon in 2014.”

Around the same time, one particular incident laid bare the need for an organization like Turning Point in Columbia. A homeless man died under an I-70 overpass, and as no one came forward as family, there also was no place to conduct a funeral. “Pastor Hegemann was asked to provide a space for the funeral for a person with no family,” Brad says. “Just finding out [his name] was difficult. That was part of what led us to say we’re going to try to be the church that, at its heart, tries to focus on and reach our unsheltered neighbors in Columbia.”

Turning Point is run by just three paid staff members, a robust squad of client volunteers who also receive Turning Point services, and an even bigger group of community volunteers. Brad joined WBUMC in 2017; he says that, like a lot of people in their 20s, he had needed to move back home with his parents who were in Columbia. Wilkes Boulevard United Methodist Church was his grandmother’s church for 50 years. “Because of my educational experience and personal passion for this particular ministry, the United Methodist System sent me to WBUMC three years ago, but my Columbia roots go back quite a ways,” Brad says.

Brad says that part of what makes Turning Point a successful point of service is its proximity to partners in the work to assist homeless individuals. “Saint Francis House and Lois Bryant House were established and up and running just down at Wilkes and Tenth,” Brad explains. “Central Missouri Community Action was established and running at the other end of Wilkes at Providence. We’re close to the Voluntary Action Center, and we’re pretty close to Salvation Army’s Harbor House. Love INC is also a good partner and supporter.”

Understanding Homelessness
The Missouri Balance of State Continuum of Care conducts a point-in-time count of homeless individuals in 101 Missouri counties each January, as required by the U.S. Department of Housing and Urban Development. The 2016 point-in-time count recorded 220 homeless individuals in Boone County, and that number grew to 268 in 2019. Lack of affordable housing, unemployment, poverty, and low wages are the top causes of homelessness nationally, according to the National Law Center on Homelessness and Poverty.

Brad says that the lack of affordable housing in Columbia, along with a lack of transitional housing to bridge the gap from shelter to rental or homeownership, are among the biggest challenges facing our homeless community. “The homeless population in Columbia is here because of the I-70 corridor, because of the VA, and because of our hospitals,” Brad says. “Because Columbia is in relatively good shape in terms of its health care system, people come here for those services and end up stuck here when they’re released from those services. It’s true that there’s a group of people who made a mistake at some point, and the result has been experiencing homelessness. There is a group of young people aging out of foster care who don’t have anywhere to go, and there are veterans who, for whatever reason, do not respond to the great work being done at Welcome Home — not everyone is going to be attracted to a place like that.”

It Could Happen to Anyone
In ministering to the homeless, Brad reminds us: “We’re all one really bad experience away from living on the streets. That could be medical, professional, or personal, but every single one of us is just one really bad day or one really bad week away from homelessness. We just have to remember that, and at Turning Point and WBUMC, we completely remove judgment from the process.”

This level of empathy allows Turning Point to focus on providing help in whatever way it’s needed, regardless of circumstances. “It’s about what you need from us right now, and how can we get you connected to that,” Brad says. “These are people who have lived that one really bad experience over and over and over again, and they need to know that they are loved, and that they are respected, and they are believed in so that they might start believing in themselves again. And that’s what we do — we believe in people until they start to believe in themselves again, and when that happens, those are our success stories.”