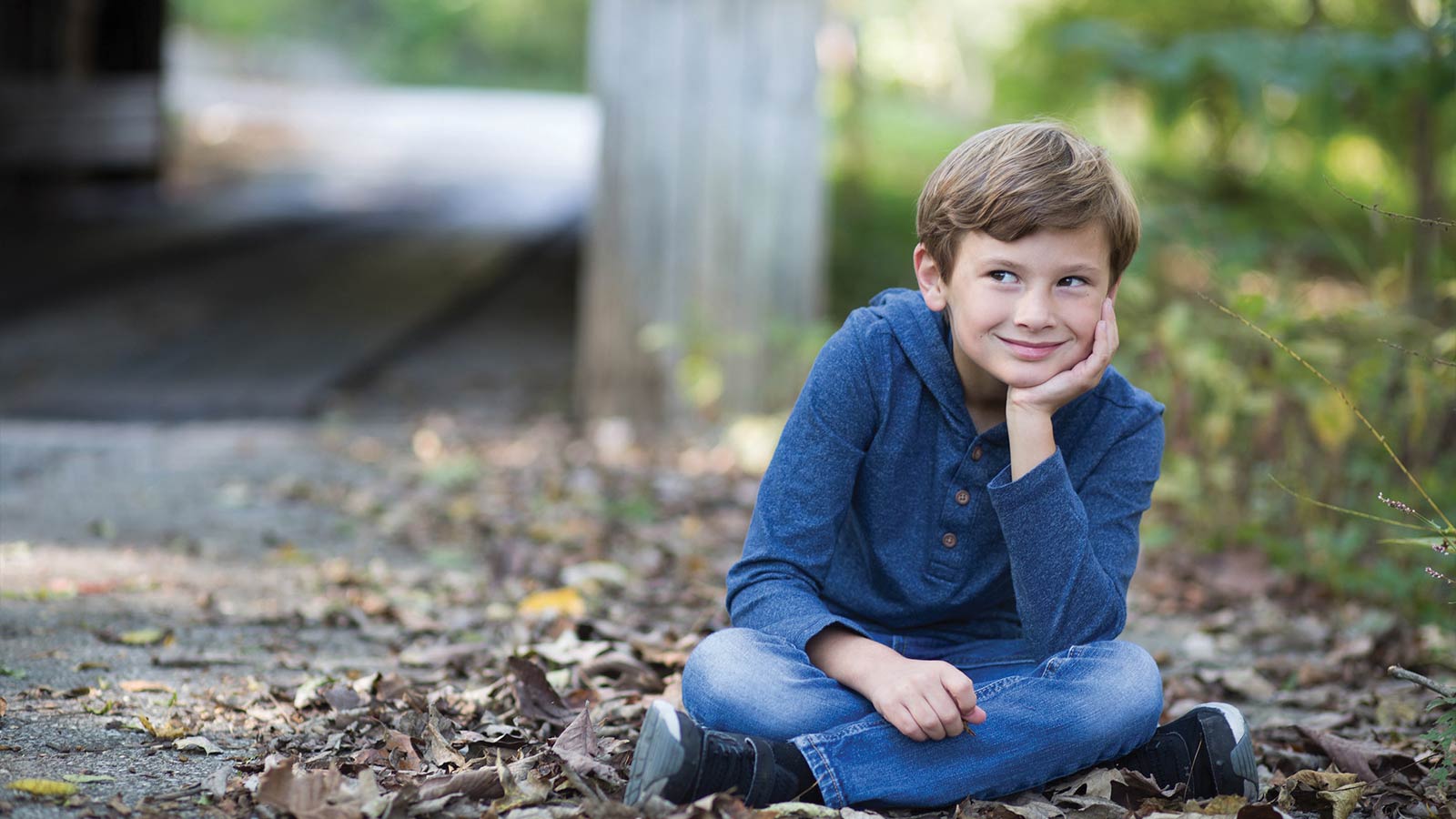 A mother’s journey to help her young son discover and embrace his learning disorder.

Early in her son Walker’s educational journey, Beth Dunafon’s intuition was telling her that something wasn’t quite right. She knew, and reports from his teachers confirmed, that he was a smart kid. Yet he struggled and struggled with letters, reading, and writing. As a result, his self-esteem suffered. He was unhappy at school, frustrated because he felt like he was constantly failing.

“His teachers always said how smart he was,” Beth says. “He wasn’t quite up to grade-level, but he was making progress. He does just well enough that there wouldn’t have been any red flags without me knowing that it wasn’t quite right.”

As she pieced the information together, Beth began to suspect that Walker had dyslexia, a learning disorder that involves difficulty reading due to problems identifying speech sounds and learning how they relate to letters and words. Because Walker’s paternal aunt and cousin are both dyslexic, Beth knew that dyslexia is a hereditary neurological disorder. She also knew that, many times, dyslexia presents alongside ADD/ADHD, which Walker, who has a hard time staying focused on his work, had already been diagnosed with.

“It was such a struggle for such a long time because they won’t test very early, because a lot of kids reverse their letters. But he had the classic signs — switching letters, reading front to back, Bs and Ds were always backwards,” Beth says. “He would always comment about how dumb he was, because people would tell him he should be seeing something on paper when what he was seeing was all mixed up.”

While speaking with staff at Beulah Ralph Elementary, Beth learned that the school district doesn’t test specifically for dyslexia.

“They test for a discrepancy between your IQ and your reading and writing abilities,” Beth explains. “If there is a big enough gap, they know the student could be performing higher.”

But Beth wanted to confirm her hunch, so this past summer, after Walker’s second grade year, Beth scheduled and paid for independent testing through the University of Missouri’s Speech and Hearing Clinic. The results confirmed what Beth had suspected — Walker was struggling with dyslexia.

“After we got the testing back, I was able to tell Walker that his brain sees things differently than everybody else, so he will have to work harder to train his brain to see what most people see,” Beth says. “But because he is working his brain, it is getting stronger and stronger and more creative than other brains that don’t have to struggle.”

According to Beth, having a diagnosis and an explanation for his academic struggles, was a huge relief to Walker, who wanted to share the news with everyone.

This past September, Beth hired Stacy Cooper to tutor Walker in reading and writing.
“She is awesome,” Beth says. “She has gotten him to the point where he is reading fluently, but not quite at grade-level. He is probably about a year behind in reading. If he continues to read, he will gradually catch up.”

By the time the school district tested Walker for his Individualized Education Plan, he had made so much progress with Stacy that he didn’t qualify for reading help at school. He did, however, qualify for 30 minutes of writing help at school each day, which he began in October.

Walker’s hard work, and Beth’s persistence, is paying off. He recently brought home a sticker chart and big piece of candy from his writing tutor at school and said: “See Mom? I knew I was a smarty pants.”

“He is so smart, he thinks outside of the box, and he even has strong political ideas as a third grader,” Beth says. “As a mom, that’s all you want. You want your kid to have confidence and to feel good about himself, and having all this help has helped.”

As Beth looks towards the future, she says Walker’s diagnosis will ensure that he has the opportunity to be as successful as possible.

“When I look down the line at taking the ACT, will he need more time for it? Will he qualify at that point to have extra time as needed? I don’t know. Time will tell,” Beth says. “I’m glad we know now so if he does, he has the opportunity to perform the best he can with his disability.”

While Walker has been thriving with additional support both at and outside of school, Stacy says repetition and practice are key to continued growth and success. Years of training and experience as a Columbia Public Schools teacher and as a private tutor have taught Stacy that once a student has broken the code of reading, they will continue to progress if they continue to practice their skills.

“Anytime students quit reading, they will regress,” Stacy says. “So over a summer break or spring break, typically a dyslexic brain will regress faster than someone who didn’t have to work so hard to break the code. Walker will have to continue on his own regularly, and if he does, he should do fine at reading. He is a strong reader now.”

The Right Books are Important

One of Stacy’s best — and most practical — tips for encouraging reading for all kids is to let them pick books that interest them.

“You don’t want someone picking out a book for you to read,” Stacy says. “Kids have to continue reading regularly, every day, particularly books they are interested in, so they pick up the book on their own.”

If the subject matter is interesting to them, a child may even be able to handle a harder book, Stacy says. But the real skill is in finding a “just right” book for each child that is challenging, but not so challenging that it becomes frustrating.

Stacy also cautions parents that nonfiction text is often written on a tougher readability level, so directions for math word problems or for science and social studies assignments might be more challenging to read and comprehend.

“Parents should be aware of that,” Stacy says. “Even an on-level reader might have trouble with complicated directions, but a dyslexic kid can lose their confidence quickly.”

While Beth says only time will tell if Walker will need continued reading and writing support through middle school and high school, she finds great relief in knowing that his diagnosis has opened up a support system for his success.

“I don’t know if he’ll ever be excited to go to school, but at least he isn’t so upset and frustrated, and he doesn’t feel like he’s constantly failing,” Beth says.