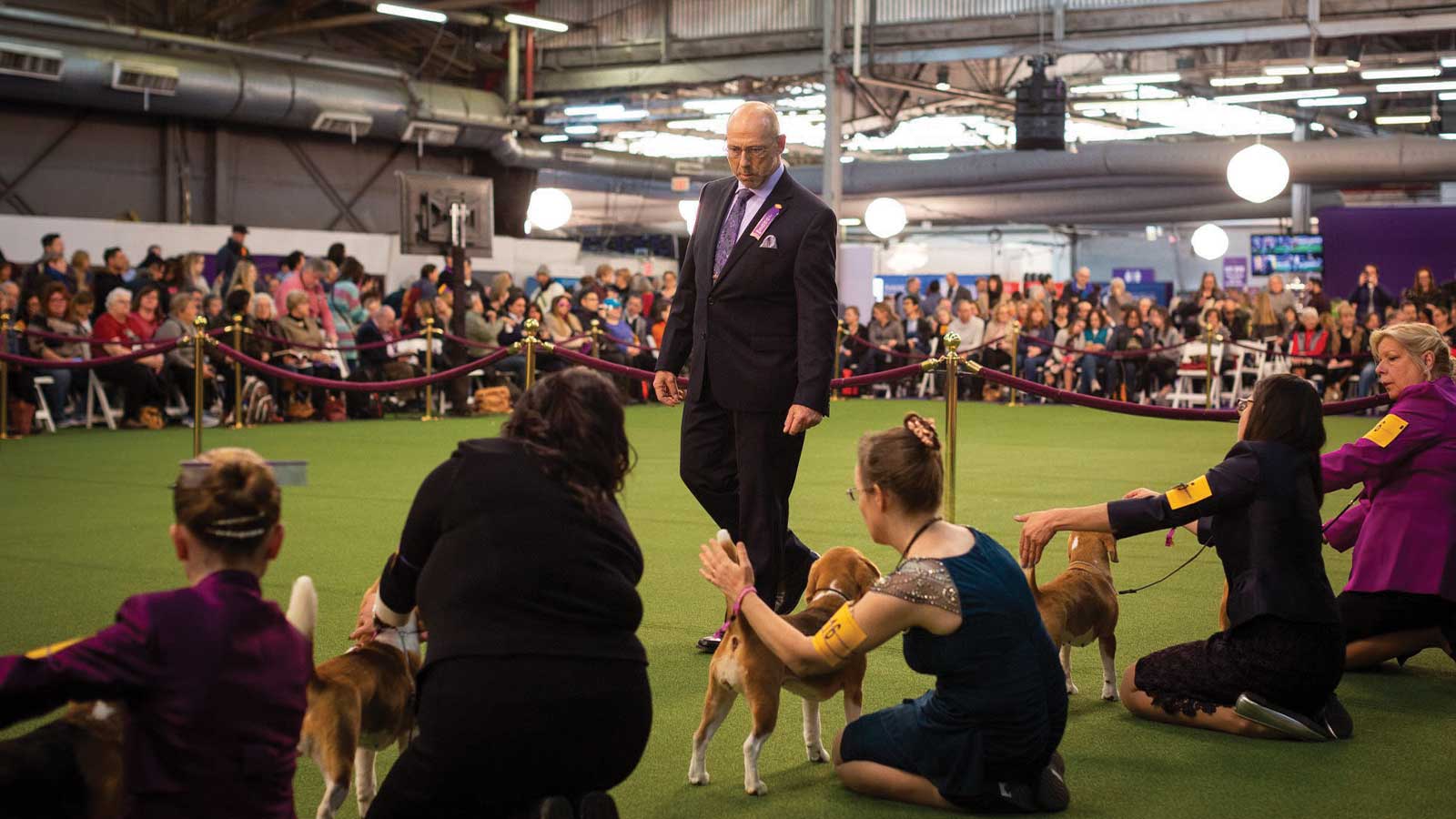 Eddie Dzuik shares his experience as a judge in one of the oldest sporting events in history.

This February, Columbian Eddie Dzuik was a judge for the most important dog show in the world — The Westminster Kennel Club Dog Show in New York City.

From the time he was a kid, Eddie has loved dogs, “My family has always been animal crazy. I used to ride my bike to the grocery store parking lot to watch dog obedience classes,” he remembers.

Soon after his adventures to the grocery store parking lot began, Eddie’s family brought home a beagle and began showing it. Since then, he’s been hooked.

Many Westminster wins followed for him, culminating in two Best in Show beagles: Uno, in 2008, and Miss P, in 2015. There have only been three other trainers with more than one Westminster Best in Show winner.

At Westminster, the dogs are judged in groups of breed, function, and best in show. Breed judging happens during the day, with 200 different breeds represented. Next, the winners of best in breed get split into seven groups based on function: herding, hound, non-sporting, sporting, terrier, toy, and working. Then, the top seven dogs appear in the show at night.

“The quality of the animals themselves was incredible. Having been involved in showing and breeding dogs the better part of my life, I loved having that number of high-caliber dogs to sort through,” Eddie says.

His job was to judge basenjis, basset hounds, beagles, and dachshunds, sending the best of breed to compete in best-of group at Madison Square Garden. “To be honest, once I got there, the breeds they gave me to judge are breeds I’m familiar with,” he says. “I wasn’t really nervous. I got in the zone and did my job.”

This year, there were 30 judges, 10 of whom were first-timers. Eddie says judging dogs is not a profession, “It’s a labor of love — it’s something you have to enjoy.” With Westminster being a once-in-a-lifetime experience, he thinks you’d be crazy not to enjoy it, though. “I don’t know a good analogy other than this: You’re a referee and you’re selected by the NFL to ref the Super Bowl.”

On top of judging, Eddie got to be part of incredible NYC experiences. “The fact that I wore a tux four nights in a row — stuff like that is a little different, right? The Westminster judge dinner was held at the New York Yacht Club. When will I ever be a guest at the Yacht club in New York again? I mean, never,” he laughs.

Beginning in 1877, the Westminster show is, with the exception of the Kentucky Derby, the oldest running sporting event in the country’s history. There’s a huge tradition to it.

“There are hundreds and hundreds of people who are licensed to judge at dog shows, so to be one of those 30 people selected by the Westminster is an honor.” Eddie continues, “And to be invited back 40 years after attending my first one? That was a full circle thing, after all these years.”