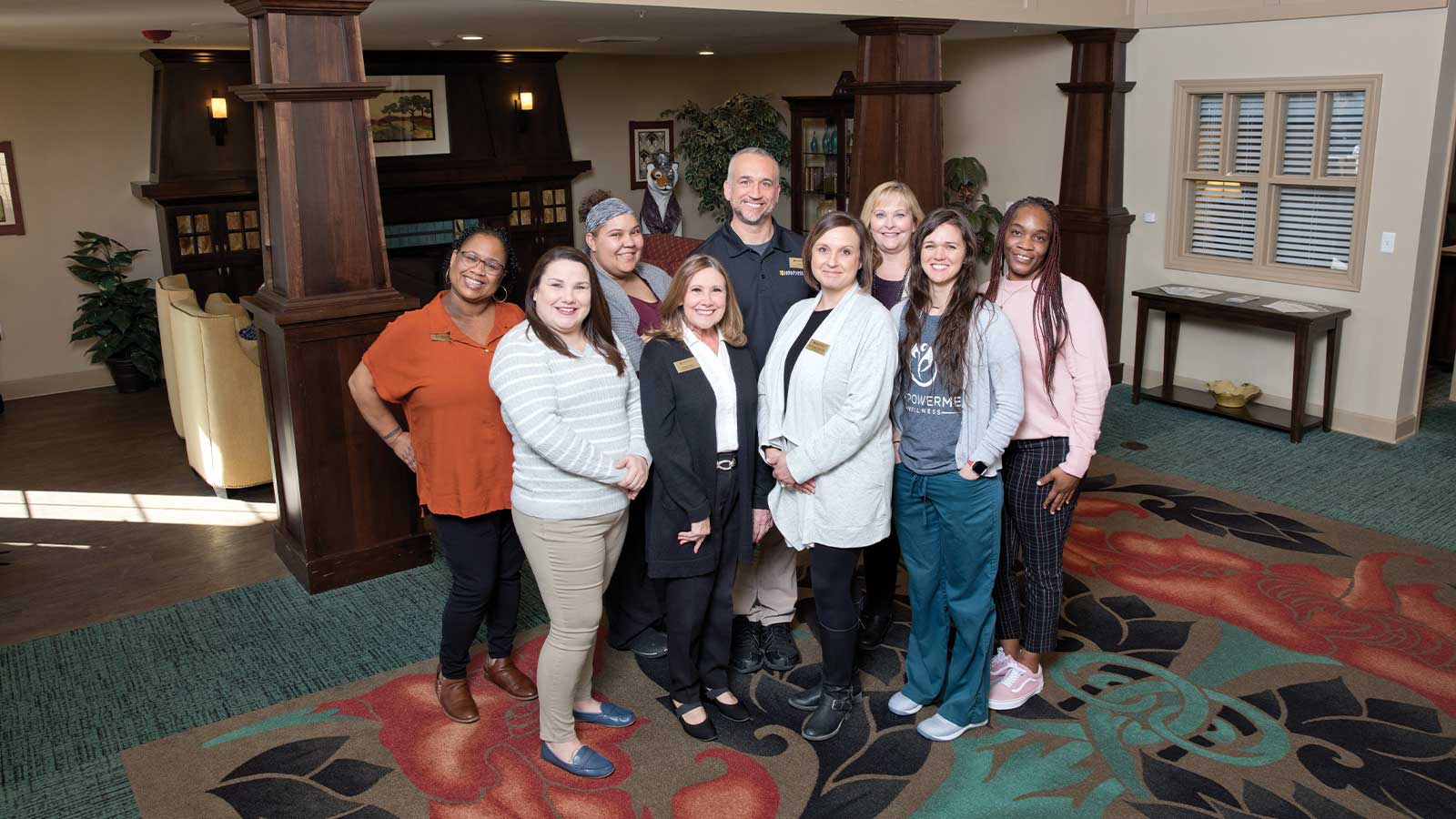 Cedarhurst of Columbia celebrates five years of helping residents maintain their independence and hobbies in a home-like atmosphere.

Community relations director, Denise Falco takes families and potential residents on tours of Cedarhurst of Columbia, greeting employees and residents by name as they pass by. She knows most everyone because she’s been with the company since 2014, the same year construction began on the assisted living and memory care facility.

On the tour, people quickly learn that the building is 95,000 square feet and sits on 11 acres. The left wing of the building houses 63 assisted living apartments and the right wing houses 34 memory care apartments.

Cedarhurst wants to offer person-centered care, which is why they also hire more than the state-required minimum number of nurses. This gives each resident more individualized attention, says Denise. In addition, medical staff work the same floor every shift, so residents see the same faces.

Residents are encouraged to live the life they were accustomed to before moving into Cedarhurst while also knowing that discreet assistance is available when needed.

Cedarhurst’s focus is on caring for their residents by providing them with a home-like atmosphere, encouraging their independence, and enriching their lives.

Independence
Moving into a Cedarhurst apartment is often an adjustment for residents, explains Denise. “When they move in here, they are downsizing because a lot of people move from their homes,” she says.

Though downsizing may be difficult for them, there are a few things residents don’t have to give up when they move in, one being their pets. Small dogs and feline friends are welcome to join their owners at Cedarhurst.

Residents also don’t have to give up their independence. Cedarhurst encourages residents to keep doing many of the normal activities they did at home, such as cleaning the apartment. But if residents would prefer someone else do the cleaning, it’s taken care of free of charge. Laundry facilities and a small kitchen are also available should residents want to use them. If not, Cedarhurst staff will take care of the laundry, and the Chapel Hill Dining Room is open from 6:30 a.m. to 6:30 p.m. for a restaurant dining experience with new menus daily and breakfast served all day.

In addition to independence, Cedarhurst also encourages residents to have a sense of ownership over the facility. It is their home, after all, says Denise.

This promotion of independence is the responsibility of the life enrichment program and team, which puts together monthly activities. Residents also meet monthly for a residents council, where they discuss and vote on ways to improve services and to create new life enrichment activities.

“Our residents have a lot of say so on what goes on here,” says Denise. “They voted to get rid of the chapel and have a gym built, so Wilson’s Fitness Center came in and designed our gym for us.”

The state-of-the-art fitness center allows residents to receive physical therapy, occupational therapy, and speech therapy on the premises rather than having to go somewhere. Cedarhurst has also recently partnered with Boone Hospital Center to offer wound care at Cedarhurst instead of transporting the resident to the hospital, says Denise.

Enrichment
Residents are also encouraged to keep up their hobbies and pursue their dreams, says Denise.

One model example is current resident Dr. Richard Hart. “We have a monarch butterfly sanctuary garden on our property started by Dr. Hart, an entomologist,” explains Denise.

“He’s pretty much the epitome of what we want to try and promote in this building — continue your hobbies. We want to be able to do what we can to help you continue your lifestyle and independence, and he’s a very good example of that,” says Sheli Lander, Cedarhurst’s executive director.

Dr. Hart and his wife, Margaret, are passionate about monarch butterflies, and together they created the Monarch Butterfly Sanctuary Garden at Cedarhurst.

For the past three years, the Harts, along with other Cedarhurst residents, have selected the butterfly eggs to be hatched and then watched them turn into caterpillars, then larvae, and then butterflies. In 2019, they released over 188 monarch butterflies, according to Denise.

Family
Another large aspect to any resident’s life is their family, which is why Cedarhurst seeks to make sure residents stay involved with their families, says Denise.

As Cedarhurst reflects on their past five years and the next five years, Sheli and Denise say their goal hasn’t changed. They want to make sure their residents are living their best lives, and that means being flexible.