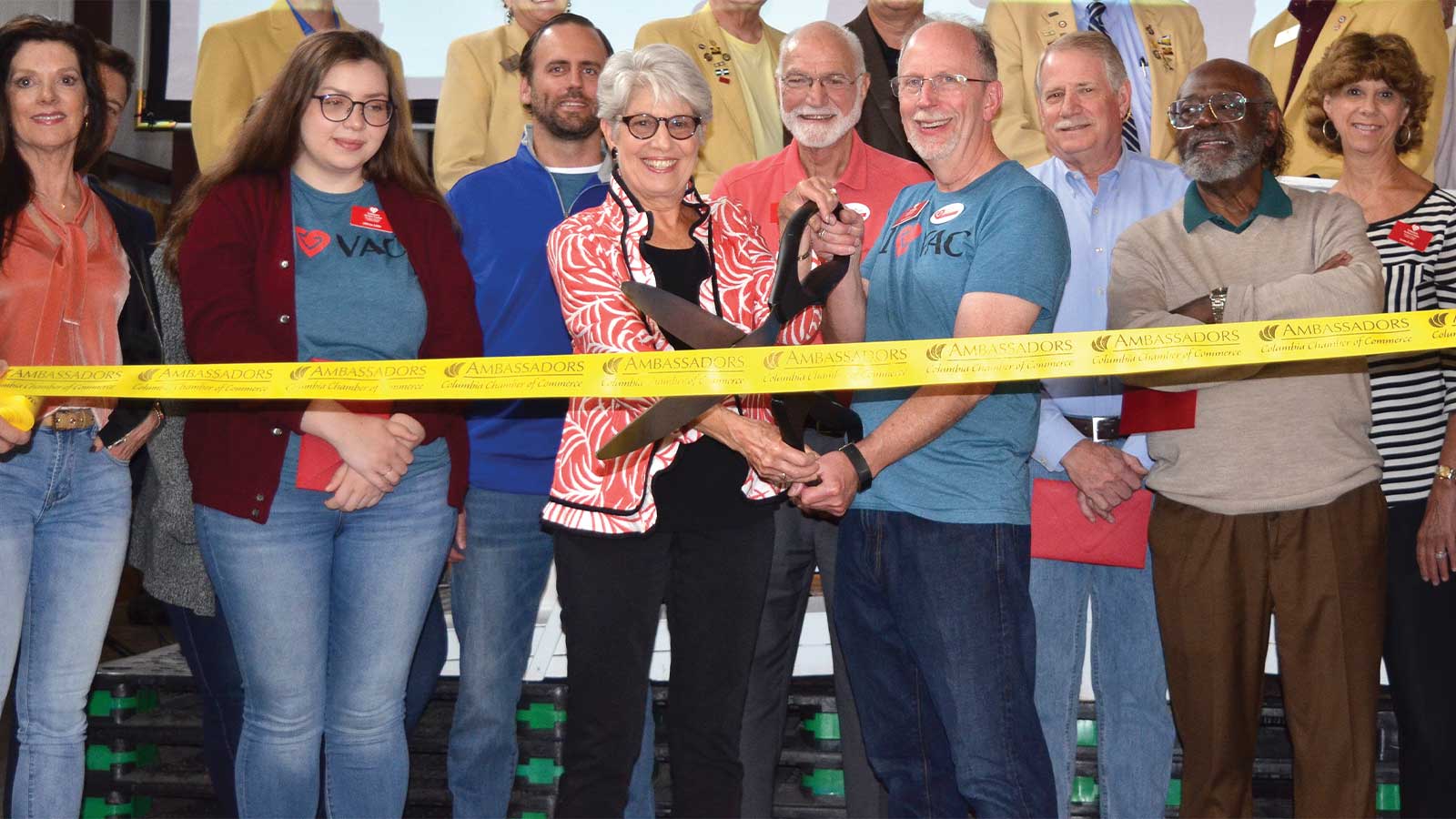 Boone County’s Voluntary Action Center celebrates 50 years of service with a party and plenty of reflection.

What’s the best way to celebrate a 50-year anniversary? For the staff of the Voluntary Action Center, or VAC, the answer was neither a fancy evening dinner nor a casual midday luncheon. The answer was a birthday party complete with balloons, barbecue, and beverages fit for adults and children.

VAC’s humble beginnings in 1969 are no match for the reputation it holds in Columbia today, a reputation that VAC’s executive director Nick Foster holds closely. “I feel a deep sense of responsibility,” he says.

Eight years have gone by since Nick began leading VAC, which is a testament to his personal values. “I’ve had a long interest in the concerns of people who struggle,” Nick says. Before VAC, he worked with Habitat for Humanity, aided in the Alabama Poverty Project, coordinated community service projects, and served as a pastor.

Nick’s inclination to volunteer is shared with others in the community, as well. As communicated through VAC’s mission statement, there’s a gap between crisis and stability, and sometimes it’s a large one. “We’re a bridge to people who are struggling to help them get across that period of struggle, and we’re a bridge to people in the community who want to help,” Nick says.

Reflecting on his role since he first became VAC’s executive director, Nick understands the weight of leading an organization with a significant history. Its importance is heightened by the fact that VAC is not connected to a national affiliate. “I think that people in the community have a sense of ownership about the agency,” he says. It’s by Boone County and for Boone County.

Philosophy or Practicality?
VAC’s ability to serve the community is rooted in being both hopeful and realistic. “My feeling is that when we improve the lives of those who are struggling most, then we’re going to improve the lives of everyone in the community and we make the community better as a whole,” Nick says. For him, this statement doesn’t serve the purpose of being philosophical or making someone feel good; instead, it’s a practical belief, an ethos for action.

“We don’t pretend that we help people with everything they need,” Nick says.

VAC’s goal to improve the quality of life for Boone County residents is made possible through the staff’s ability to wear many hats. That goal is further aided with the help of the VAC Board of Directors. The board’s role isn’t as on-the-ground as Nick’s, but they are responsible for making sure that Nick and his staff have access to whatever they need.

“As an adult, it’s sometimes hard to figure out how to plug in in those ways that you could when you were on campus,” says Diamond Scott, the current president of VAC’s Board of Directors. As Diamond searched for opportunities to continue the volunteer work in her professional life that had always been dear to her, VAC’s former board president, Kelsey Raymond, introduced her to VAC. Diamond has now served as a board member for five years, including as vice president for two years prior to her presidency.

“I feel pretty fortunate that I get to serve in a lot of different areas in the community, but this is one that I feel so passionate about because I’m from Columbia and VAC directly impacts this community, and it impacts our neighbors,” she says. Diamond’s own family has utilized VAC’s services, so there was never any question about her support of the agency.

Looking Forward
Although 50 years is an important milestone for an organization such as VAC, Nick hopes that a 100th birthday party isn’t in the cards.

“I’d like to believe, and the more optimistic part of me does believe, that one day there won’t be a need for agencies like this one because everyone is going to have access to the opportunities they need to provide for themselves,” Nick says.

In the meantime, though, VAC will continue to serve the community in any way that it can. What that looks like is constantly shifting as Nick considers funding, community issues, and VAC’s mission statement. “I think the time has come for us to do what we did about seven years ago: to think again about our mission statement . . . and to also review all of our services,” he says. Nick wants to make sure that VAC continues to align with what the community wants and needs.

One approach to this is through VAC’s collaboration with similar agencies. When one agency can’t provide a particular service to a client, VAC steps in. For example, when Boone Electric Cooperative and Columbia Water and Light asked if they could provide air conditioners to clients who needed them and were turned down, VAC offered their help. Now, just this year, VAC provided 67 replacement air conditioners.

“I think our role in the community is somewhat unique, and we want to maintain that role,” Nick says.

VAC also hopes to continue collaborating with the Functional Zero Task Force, a collection of community organizations dedicated to addressing homelessness in the area.

In the end, Nick and his staff want to make one thing clear: They are non-judgmental. The situations that VAC’s clients deal with vary greatly; some are temporary and others are long-term. “We accept them for who they are and for where they are, and we do the very best we can to help them in the immediate situation in which they find themselves,” Nick says.

Mission Statement
To help low-income individuals and families bridge the gaps between crisis and stability and improve quality of life in Boone County.