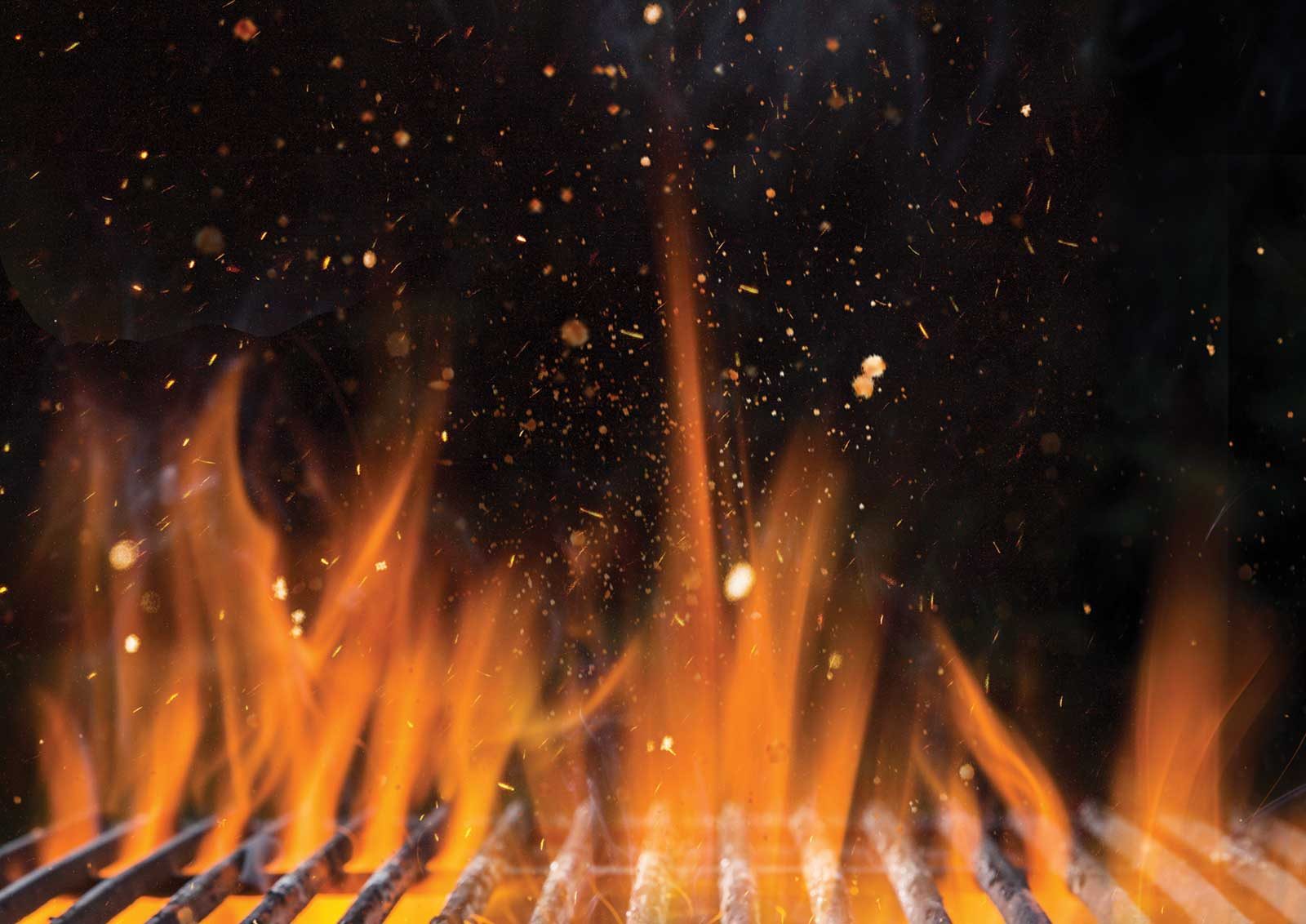 A Spur of the Moment Decision

It’s an American tradition, beloved by many sports fans, food fans, fans of beer, fans of camaraderie, and fans of having a darn good time. This ritual has captivated Ivy League professors, who have spent years studying what it is about tailgating that keeps people going on the coldest of days, on the hottest of days, and every day in between.

But for many of us who have spent our lives, or maybe just a section of our lives, here in Columbia, there’s no question about it: It’s just what we do. Starting in September, parking lots near MU’s Faurot Field and around campus become seas of black and gold. Dedicated fans roll in early, set up tents, grills, chairs, tables, tiger décor, and TVs. Generations of families, friends, and strangers park next to each other and spend the next three months as Saturday neighbors.

This cycle loops season after season, sometimes for generations. And each tailgate is as different as the group that’s hosting. But all tailgates have at least a few things in common: food, people, the party atmosphere, and of course, what it’s all centered around, the game. And though it’s easy to believe that tailgates have evolved into extravagant modern day displays of excess, the truth is that the premise is still very much the same as it was decades ago.

The Tailgates
David Smith, an MU alum and father to two MU alums (one of which is Justin Smith, who played at MU before spending over a decade playing in the NFL), has been tailgating off and on since the ’70s. “In some ways it really hasn’t changed much,” he says. “It’s a deal where people really just get together to enjoy the whole atmosphere of it.”

David has passed down his Saturday traditions to his daughter, Sarah Dubbert. “It’s what we do during football season,” she says. “It’s our social life. It’s just so much a part of the fabric of how we view ourselves and each other.” She echoes her father’s sentiments, adding one important detail: “It just resembles life.”

Lot A
Dave Griggs and his wife, Nancy, her brother Dale, and Dale’s honey, Bev, make up the core group of the Griggs tailgate in Lot A. Dave and Nancy are both MU alums and have made attending football games a priority since the ’70s. “If it’s really nasty weather, it’s just the four of us,” Griggs says. “But there may be as many as 25, 30, or 45 people who stop by.” The game is their first priority — there are very few games that they haven’t been in the stands for — but food is a close second. They even prepare menus, sent out ahead of time, for each home game.

Lot K
Paul and Keri Showers have been part of the Lot K tailgating community for over five years. Neither are MU grads, but they’ve caught the fan fever after making their lives in Mid-Missouri. Paul, who manages Withrow Electric, uses the opportunity to build friendships and business connections — and to throw one heck of a party. “I just like entertaining. From that aspect, having tons of people there is like one huge party, so I enjoy that,” he says.

Lot U
Sarah Dubbert and her husband, Joe, co-host this tailgate with pals Jeff Windett and Jeff Hilbrenner. It’s evolved over the years; the food changes and the attendance varies, but it’s always about the fellowship. Every Saturday is devoted to enjoying each second, each conversation, and each moment of the day. Jeff Hilbrenner even has an email list that he sends out a week before the game highlighting the theme and serving up fun facts about the opposing team. Sarah’s father used to host the tailgate and now attends hers.

The People
Jeff Windett says the people at his tailgate are like a seasonal community. “I think it’s a pretty important part of the college game day experience,” he says. “It’s a good way to network with a lot of friends and people who you see at ballgames who you don’t see any other time of the year.”

It’s like the beloved cliché: they’re friends who you may not see for a long time, but when you meet again, it’s like no time has passed. These interactions are what matter most to the folks in Lot U. “It’s really about the fellowship for us,” Sarah says.

This fellowship has formed lasting friendships. “It’s like how you look forward to family reunions every year,” David Smith says. “It’s sort of the same thing. I guess it’s a Mizzou family that keeps growing and changing.”

David watched his own kids grow up at tailgates throughout the years before cheering them on in their endeavors at MU. Now, he’s seeing yet another generation along the same journey. “Some of Sarah’s friends we didn’t know at first brought their boys,” he says. “We looked at them and we said, ‘You know, they look like they might be football players down the road,’ and sure enough, Mizzou has offered one of them a spot. It’s sort of fun to see that after we experienced all of those things.”

“Our tailgate would not be complete without really good hors d’oeuvres and really good food that’s done on a grill in the parking lot,” Dave says. “We always have some kind of hors d’oeuvres, be it sausages in BBQ sauce or mixed nuts, and all kinds of stuff like marinated steaks and baked potatoes and smoked pork chops from Jennings [Premium Meats].”

During Justin Smith’s MU football years, his family would welcome friends and passersby to their tailgate behind the south end zone. “We would have sort of a place for people to stop and visit and grab something both before and after the game,” David says. “One time we fried 11 whole turkeys and ate them all.”

You’ll find good eats in Lot U, too, where there’s usually a culinary theme. “We had a whole hog when we played Arkansas one time,” Sarah says. “We’ve done everything — potluck, we’ve had it catered. It’s something different every time.” You can try Jeff Windett’s recipe for slow-roasted brats to the right.

The Game
And of course, there’s the game — the whole reason for the seas of black and gold, the rising up before dawn, the staying well after dark, dead tired, packing up under the glow of stadium lights.

After 15 years away from Columbia and college football, Jeff Windett was ready to make his return to game day. “Because of my job, I couldn’t go to a game on Saturday during those years,” he says. “I had a chance to move back to Columbia and kind of rediscovered going to football games and tailgating. It was an enjoyable time to unwind after a busy week, connect with friends, and socialize.”

Tailgating changed when MU joined the SEC in 2012. Ticket-holders can no longer exit and re-enter after halftime; you’re either in or out. But along with many others around the stadium, in Lot K, the Showers have it covered. “We have two TVs set up so people can watch the game,” Paul says. And, if you’re interested in a different sport, he’s probably got you covered there, too.

After a win, it’s no surprise that the atmosphere around Columbia is pretty bright. That’s the case for tailgates in Lot U, too. “We’ve had some memorable ones, especially after big wins,” Jeff Windett says. “I remember everyone was in a party mood after the Oklahoma game when ESPN’s “College Gameday’ was here, and the year we beat Nebraska. That was a big night.” But no matter the weather, or the outcome, true fans stay ’til the end. “It can be raining or freezing cold or blistering hot and we’re out there in the same spot for the whole time.” Sarah adds.

The Party
Tailgates are celebrations. All of these aspects — the food, the people, the game — are integral in keeping the party alive. And it’s not always just about MU in Lot U. “People have birthday parties there,” Sarah says. “If your birthday is in the fall, your party will probably be at a tailgate.”

In Lot K, the Showers’ tailgate might be the ultimate game day celebration, but it wasn’t always so extravagant.

“We started out with a little Mizzou tent and it just kind of escalated over the years,” Paul says. “We’ve grown to two big tents now, and we have a big sound system, catered-in food every game, whether it be a Mexican theme or barbecue or something like that. We’ve got a group of friends around us and everyone pretty much sets up next to each other, so it’s just one big party.”

And that’s exactly the kind of game day experience he hopes to provide. “We get out there at the crack of dawn — the gates don’t open until 8 a.m., but my buddy Ryan Grathwol and I are always out there at 6 o’clock every morning,” Paul says.

On a normal game day, 200 to 300 people will stop by Paul’s party. “We’ve had Coach [Barry] Odom’s wife show up, a lot of Mizzou basketball players, and there’s a lot of police offers and highway patrol,” he says. “We’ll give them a plate and they come over and have a good time. Word spreads quickly that there’s a good tailgate down the road, so we get a lot of people coming by just for a beer or to have a drink or a plate of food.”

You might have even seen this party on TV; Paul says the SEC Network usually stops by on game day.

Whether you’re setting up in lot A, K, U, or any of the others, the spirit of tailgating has been, and will be, the same: arrive early, stay late, have fun. “We laugh because we say we buy our season tickets so we can qualify to get parking passes,” Sarah says. “It’s not an exaggeration — it’s a true statement.”