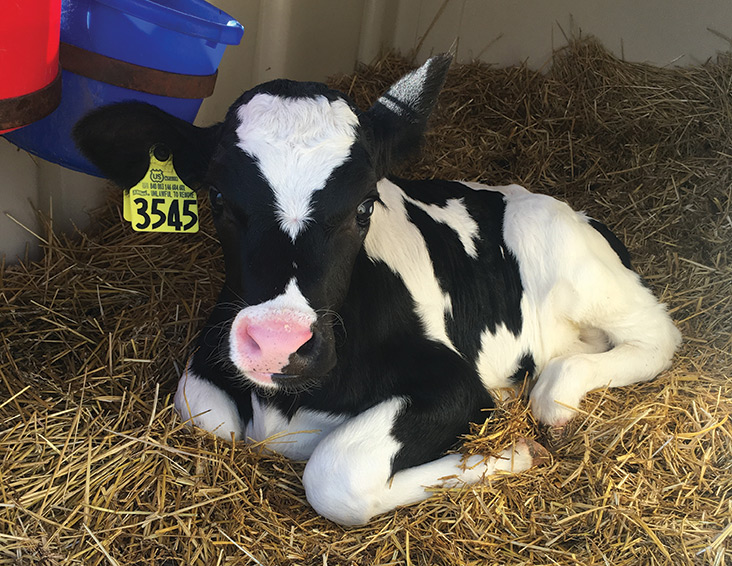 How I fell in love with a cow and her calf at MU’s dairy farm.

One fall night during my first semester at MU, I met a young heifer with a heart-shaped spot on her forehead. As a freshman in the animal science program, I was encouraged to participate in Little American Royal, a student-led program where we learned to care for and show livestock. Along with two other students, I was appointed to a heifer’s care for the week. We quickly named her Ava Grace and, nearly as quickly, fell in love.

We fed, watered, mucked, and petted her. We bathed, groomed, and even walked her in a halter in preparation for Saturday’s show. Although none of us won, my classmates and I bonded with Ava and with each other (pictured below). 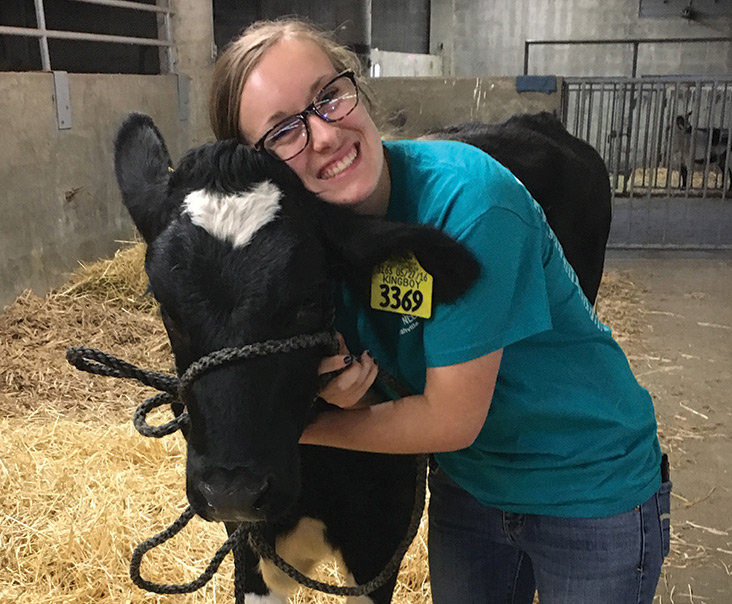 That week, I became increasingly interested in dairy cattle and the dairy industry. When the week ended, Ava returned to Foremost Dairy Research Center, MU’s dairy farm, and I joined the MU Dairy Club. As part of the club, I visited Foremost and got updates on Ava when I could.

Soon I became more involved. I attended meetings, made friends, and helped plan outreach events and fundraisers. Our most successful event of the year, Calves on Campus, brought dairy calves to Speakers Circle at MU to educate the public about agriculture and the dairy industry.

One year led to the next; Ava grew and matured, and as a sophomore, I found out that my girl was going to be a mom! I eagerly waited, and in March of 2018, Ava gave birth to a heifer calf, a little girl. I was asked to name her, and I chose Paisley Mae.

I met Paisley when she was just two days old, and before long, she joined me with many other dairy club volunteers for our second annual Calves on Campus event. She and another calf charmed crowds of adoring fans while we educated students and faculty.

Paisley returned to the farm, just like her mom, and I continued to watch her mature. Ava also matured and became a producing member of the herd, meaning she was milked twice each day. I visited her at the farm and watched her adjust to life as a milking cow.

Now another year has gone by, and Ava and Paisley still live at Foremost Dairy. Paisley is almost a year old now, and Ava is still providing milk for Foremost.

I’m so grateful to the animal science department at MU and the MU Dairy Club for giving me the opportunity to watch this family’s story unfold. I am hopeful that many other students will also develop relationships with livestock and with each other as they pursue their future careers in agriculture.