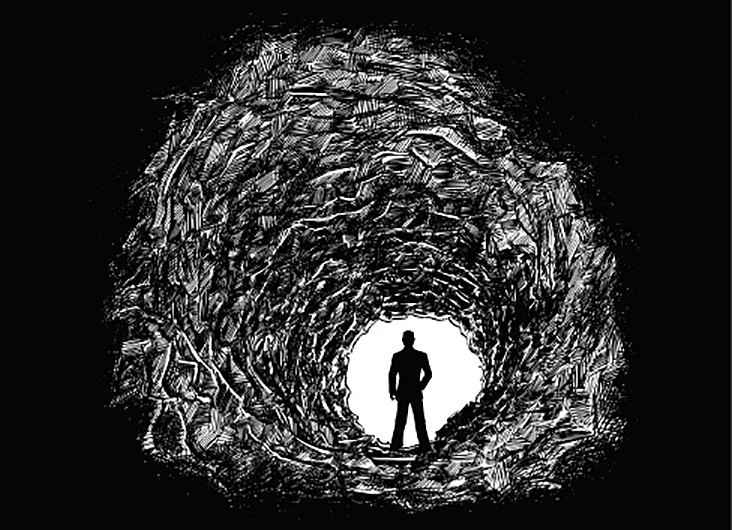 The mysterious story found me a few summers back in a cemetery off a slow stretch of gravel about a mile from my grandpa’s farm. It was there on the first line of the first page of the spiral bound burial registry. Name of deceased: “Unknown — Lightning Strike.”

The ever-present journalist in me tried to piece together the narrative. There was something so evocative about that image: the solitary, disconnected, unknown individual, dead on the dusty plains of southern Nebraska. Did he arrive on one of the trains that came and went, looking for a plot of land to make a new start? Or maybe he was one of the drifters my grandma would tell stories about, needing a bit of sustenance to carry him deeper westward? What of the storm? Was it one of those almost ghostly arrivals known for whipping up and unsettling even the firmest soul?

This encounter came fresh to my mind when I picked up Phong Nguyen’s novel, “The Adventures of Joe Harper.”

I appreciate authors who use textured brush strokes. They layer in grit and tension, richness and depth. Theirs is not an empty-caloried, bright-lighted experience. Mark Twain has long been the resonant voice of the American soul and its nuanced characters. Phong may only “stand knee-high to (Twain’s) genius,” as he states in his dedication, but he does add another compelling and fun chapter to the heritage of “The Adventures of Tom Sawyer” and “The Adventures of Huckleberry Finn.”

“The Adventures of Joe Harper” is a tale narrated by a 35-year-old Joe Harper, who has put aside a life of pirating with Tom only to take up a vagabond quest of finding a cave and dying proper. But it is to be no solitary affair. As Harper sets out from Missouri, his lot is soon tied to the companionship of a Chinese railroad worker and an Amish runaway bride.

The result is a propulsive, bingeable journey. Each stop, whether in Independence or Salina or Salt Lake City, feels like a new episode with plenty of drama, humor, and narrow escapes.

“It originally started as a short story,” says Phong, 40, who has also published two short story collections. “But it let me know it was something bigger and wanted to be a novel. It came as a surprise to me.”

Twain is very much a part of Phong’s identity. His first contact came in college, but, “I didn’t fully understand the depth and nuance of his writings at the time.” Then he became an English professor, and every semester for the past 11 years, he has taught courses featuring “The Adventures of Huckleberry Finn.” A curiosity about the distinctiveness of Joe Harper’s personality set Phong on the path to publishing his debut novel in 2016.

“He possessed that dramatic and romantic quality that made me want to explore Twain’s world,” says Phong, the Miller Family Endowed Chair of Literature and Writing at MU.

Even if you have no previous Twain connections, like myself, it’s a book you should consider picking up. There is an exuberance to Phong’s writing that reminds us the best stories illuminate and make known that which can easily go overlooked or unnoticed.

Phong will be a speaker at the Unbound Book Festival on Saturday, April 20, at Stephens College. The festival is free and open to the public.