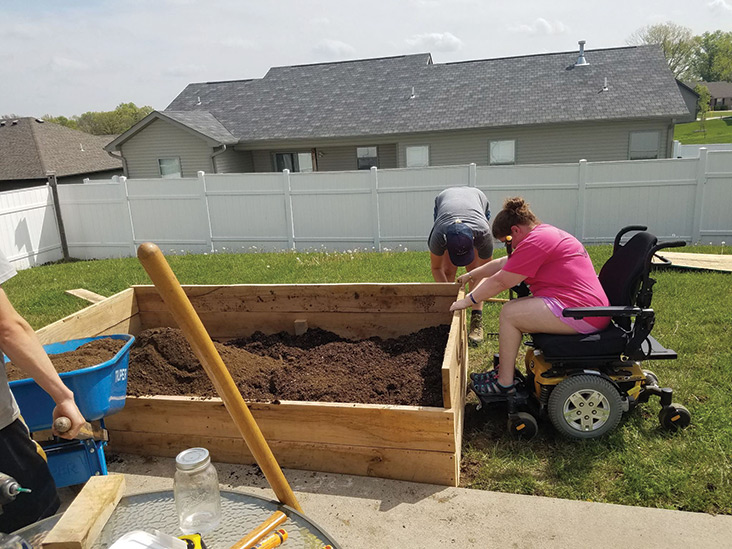 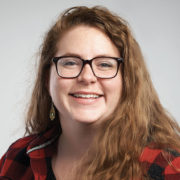 Brandy Schrag develops a love for cooking fresh food thanks to her Opportunity Garden.

Feeding picky kids a healthy dinner is something most parents struggle with. Brandy Schrag, a single mom of two kids with special needs, understands this struggle intimately. But her resources got a little more interesting when her son Kannon brought home a flier from school about a gardening program.

The flier advertised the Columbia Center for Urban Agriculture’s Opportunity Gardens program, led by Trish Woolbright. The program partners gardening experts and volunteers with low-income households to build garden beds and provide supplies and mentorship over a period of three years. Opportunity Gardens provides everything: the lumber, dirt, compost, seedlings, even a garden hose if you need one. But Brandy, who uses a wheelchair and had never gardened before, was a little hesitant.

“I was worried we weren’t going to be able to do it because I can’t get down on the ground,” Brandy says.

But Trish, a born optimist, wasn’t deterred; she had built raised beds before. In 2018, Trish worked with 96 different households. Since 2011, Opportunity Gardens has installed 516 garden beds. Building an accessible garden for Brandy was certainly within Trish’s wheelhouse. Brandy estimates they had the whole thing built in about an hour.

While installing a custom-built garden was integral to giving Brandy the chance to grow her own food, what really makes the program special is the mentorship aspect. For someone who isn’t sure where herbs come from, growing basil is fairly intimidating. Trish’s encouragement went a long way. When Brandy’s garden first started growing, she wasn’t sure how to measure success; she called Trish asking if the tomatoes were doing OK.

“She taught me how to do the hot water bath canning,” Brandy says. “It was not as hard as I was thinking it was going to be.”

Brandy only planted two tomato plants and but ended up with 27 pints of tomato products. Pretty prolific for a new gardener. And her kids even like her salsa.

“So, it goes from people who’ve never touched dirt and who eat mainly fast food to getting them into gardening and cooking at home,” Trish says. “Some people just want a salad garden. Some people, like Brandy, want to can some vegetables and show their kids where vegetables come from and have some good family time and community time outside.”

As most kids tend to do, Kannon saw his interest in gardening wane. But Brandy is hooked. “I enjoy it much more than I thought I was going to,” she says.

And she’s learning a lot, too, like how to store her onions and potatoes separately so they stay fresh longer. And that butternut squash likes to “climb.” (She has plans for a trellis next season.)

As CCUA moves into the new agriculture park near the ARC this year, more resources will become available for people like Brandy. Trish is looking forward to expanding her teaching opportunities so that one day those people who have never touched dirt can be the ones selling tomatoes at a farmer’s market booth.

Brandy’s just excited for this spring, when the onions and garlic wintering in her bed right now will be ready to harvest.