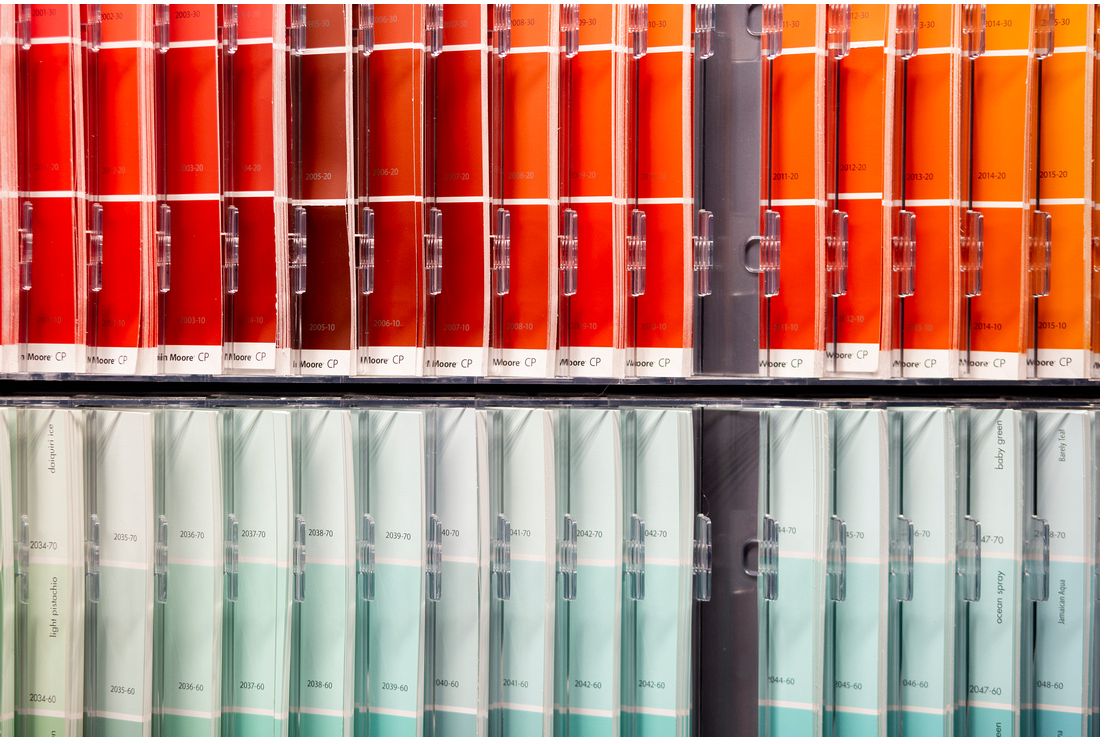 Johnston Paint and Decorating announces 2018 color of the year.

Johnston Paint and Decorating recently hosted their second annual designer brunch, which announced 2018’s color trends brought to us by Benjamin Moore Paints. Upon walking in, I was greeted by many smiling faces, each deep in conversation with what appeared to be close friends. I was slightly intimidated.

I went over to speak with Johnston Paint and Decorating owner Melissa Murphy. Melissa’s kind hospitality put me at ease and we awed over the room, as it was full of laughter and friendly exchanges.

Shortly after, designers, architects, salespeople, and one reporter sat down to listen to Jason Walker, the architectural rep for Benjamin Moore, share with us the 2018 color forecast.  We all waited patiently as Jason announced the 2018 Color of the Year to be Caliente Red (Caliente AF-290 Benjamin Moore Paint, to be precise).

To my surprise, as Caliente Red debuted on the slideshow, I noticed that I just so happened to be a walking model for this celebrated color. Wearing a bright red romper and holding a matching bright red purse, I never felt more under the spotlight than that moment.

Jason began his speech about this very special red: “You don’t wear red to sit in the corner. Red is confidence, red is empowering,” he said.

“Red is not a color that enters a room quietly. Red is radical.”

As Jason continued with his speech, I was entranced with his use of color. I tend to stay within the neutrals in all aspects of décor, especially in clothing. Red Rompers and purses aren’t normally my go to, so this was an unusual choice for me. I began to rethink my tendency to stray from color.

Slide after slide, Jason sold the crowd on the usage of Caliente Red as a pop of color in any design, showing images of red accent walls, doors, and furniture paired with neutrals. Just looking at these rooms I felt recharged; each room energized me with its usage of color.

When the speech ended, I sat still in my seat. I watched as the other attendees chatted about Caliente Red, and they too seemed energized. The room had returned to bustling conversations. I looked down at my Caliente Red purse and romper and remembered Jason’s words: “You don’t wear red to sit in the corner.”

I left my corner seat and joined in.

This designers’ brunch was intended to be an informative speech for designers and those working within the design world. I, however, left feeling a sense of empowerment. After all, red is confidence, red is empowering, red is radical.