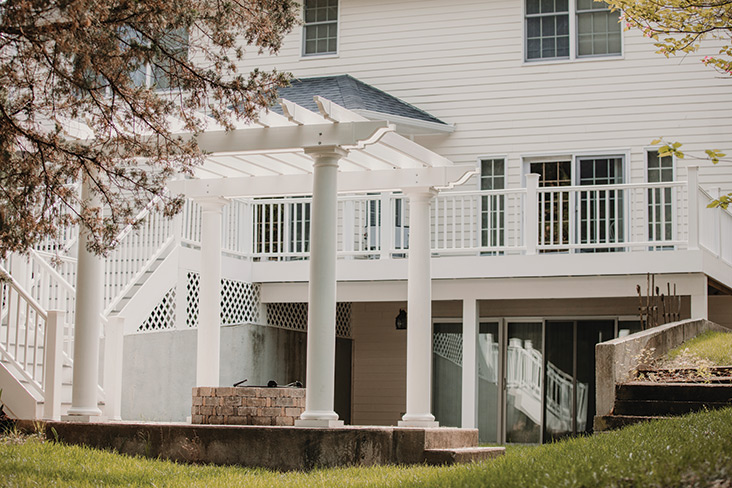 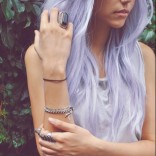 Eating on the Katy Trail

Stephen and Christi Brietzke invest in the permanence of their deck.

In 2002, Stephen and Christi Brietzke moved to Columbia and bought their charming yellow house with black shutters and a red brick chimney off Tayside Circle. The house, which was built in 1991, served the Brietzkes perfectly until the deck’s stairs began to deteriorate and collapse. After 26 years, the deck was ready to be restored. 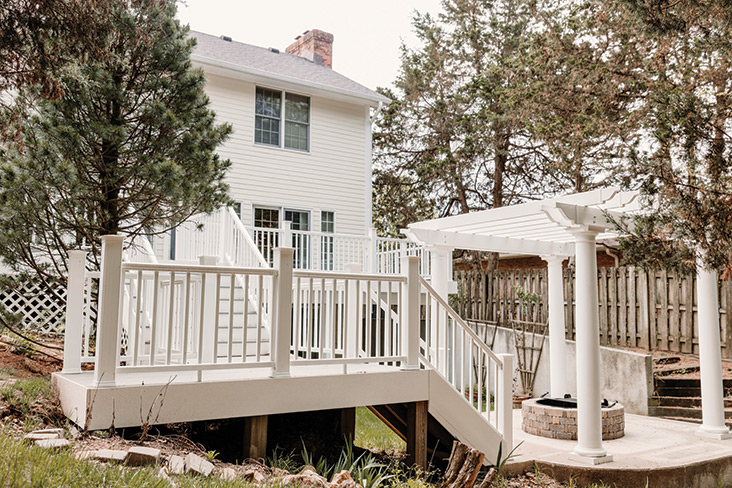 Dr. Brietzke, an endocrinologist for MU Health, had used Manor Roofing and Restoration for other projects, so it was a no brainer to call owner Nick Allen again, this time for a deck upgrade. “We feel like Nick is part of our family,” Stephen says. “He is always very responsive and courteous.”

Nick was thrilled to take on the restoration. “Decks are very exciting projects, and outdoor living is currently an extremely popular part of the construction market,” he says.

Stephen and Christi’s deck was a dark, burnt wood color before the renovation, and the house came with an in-ground hot tub that had become dilapidated over time. The project called for a material and color upgrade as well as a solution for the space formerly occupied by the hot tub. 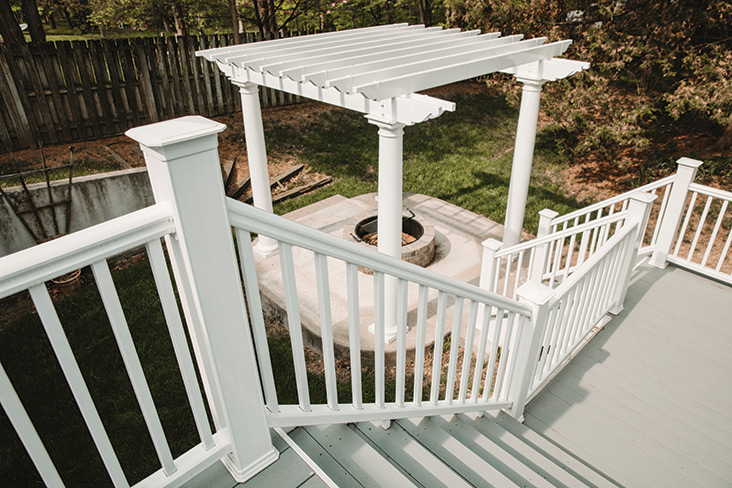 The Brietzkes sat down with the project manager to discuss what they did and did not want in their new deck. They were shown several computer mock-ups as well as different options for materials and vendors. The process took about a month.

The planning phase resulted in a soft gray deck with white railing that matches the bright tone of the house. The Brietzkes settled on polymer, a PVC-type material, because of its permanence. “This fits the idea of putting something back better than what we started with,” Stephen says. “This has been a very nice house to us, and we try to make it better than when we inherited it.” 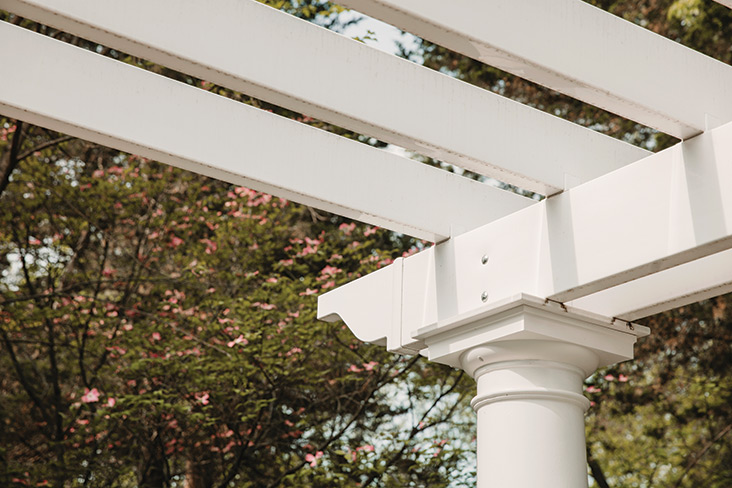 When the Brietzkes talked about what to do with the hot tub space, they debated between a gazebo, a fire pit, and a few other options. They settled on a fire pit. Since the renovations, the Brietzkes have had one deck party and have plans for more events this summer. Currently, Stephen uses the deck to grill when the weather is nice.

When contemplating a deck project, Stephen recommends choosing materials that add to the attractiveness of the house. “Do it to please yourself,” Stephen shares. “I could have built a wooden deck for a third of the cost, but the permanence of the polymer deck and the low upkeep over time is a good long-term investment.” 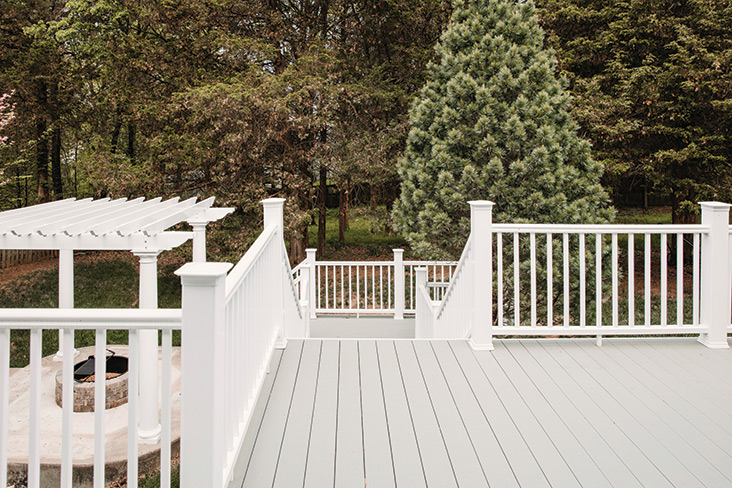