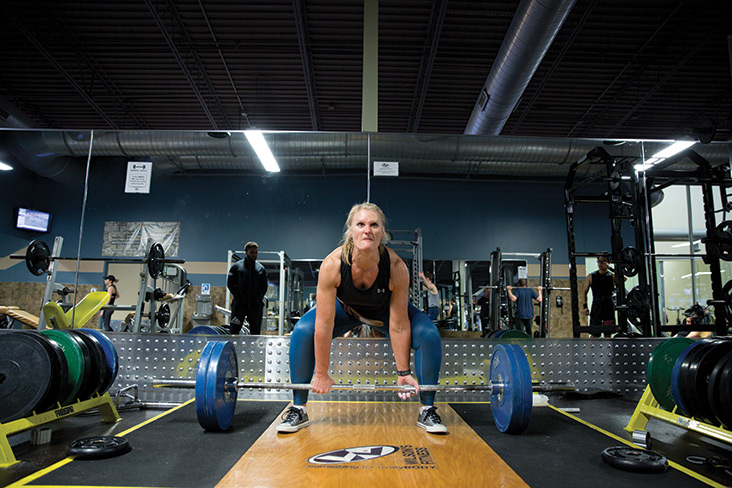 Beth Van Hove is fairly easy to spot in the weight lifting area of the sprawling Wilson’s Fitness facility on Forum Boulevard. She’s 54, so many of the patrons are half her age, and they’re predominantly male. And of all those pumping, lifting, and curling on a busy Monday night, she’s the only woman standing on the dead lift platform.

Beth’s focus is intense as she mentally rehearses the lift she is about to attempt. She stoops, grasps the bar bell with a flat back and eyes ahead, and, after a pause, she lifts with fierce effort. Her brow furrows as she stands, the bar bell resting at her thighs. She exhales forcefully, and then reverses the series to carefully bring the weight back to the floor. She completes 10 reps, her focus never breaking.

“Right now, she’s warming up with 135 pounds,” says Danny Wade. Danny, a personal trainer and powerlifter in his 20s, has been Beth’s trainer for the last two years. “She’s trying to get the blood flowing.”

Beth’s husband, Greg, strides over, sweaty from his own workout, to watch and help Danny move weights on and off the barbell. He seems at home in this helping capacity and knows just what to do. His pride in Beth’s powerlifting ability is evident.

“You have to be very at peace with yourself to go to the gym with your wife when she lifts more weight than you do,” Greg jokes.

“He’s my biggest cheerleader,” Beth says of her husband.

Danny gradually increases the amount of weight on the barbell to 235 pounds while Beth decreases her reps to one or two. This more closely resembles a round of competition in powerlifting, a sport in which the athlete attempts to lift as much weight as possible in three exercises: squat, bench press, and dead lift.

Beth got into the sport in March 2014 and entered her first competition just four months later, where she placed in her age and weight class. She currently holds multiple records in all three events in the American Drug Free Powerlifting Federation, including a world record she set in 2017 for deadlifting 254.1 pounds.

“How are you feeling?” Danny asks.

“Awesome,” Beth says with a big smile. “The sweat feels good. It’s like you’ve accomplished something.”

Monday nights are when Beth and Danny train in deadlifting. She devotes two other nights to bench press and squats, and gets in plenty of cardio on non-lifting days. While she trains like a competitive athlete now, this level of fitness has not always been her norm. 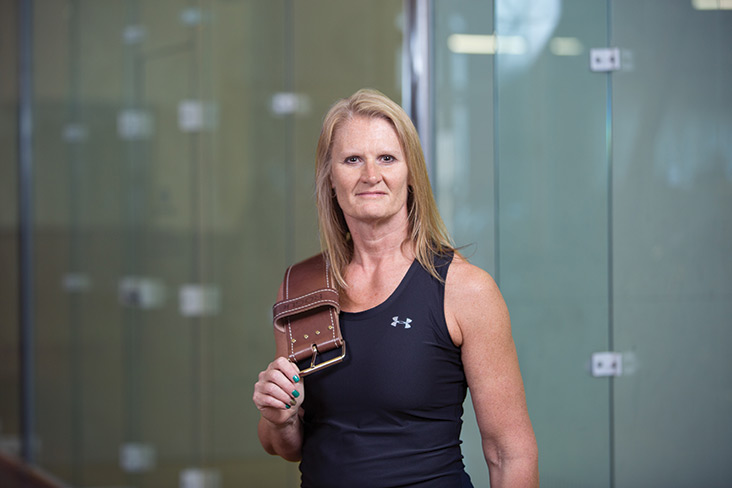 Beth and Greg, Columbia natives and parents to five grown children, will celebrate their 35th wedding anniversary this month. Beth says that, for years, she prioritized taking care of her family and managing her career as an administrator for University Hospital over her health. By her mid-40s, her weight had crept up to 293 pounds. She knew she had to make a change.

Over the next few years, Beth lost an incredible 70 pounds by eating healthier and getting active. At 48, she then enlisted the help of a personal trainer with the goal of getting in the best shape of her life by age 50. When she accomplished that goal, she was persuaded to try powerlifting by her yoga instructor, Kate Walker, a world-record holder in the sport.

“Everyone encouraged me to keep going, saying I had so much more in me,” Beth recalls. “I doubted them. How could I, at 50, do powerlifting and be successful? But they were right.” 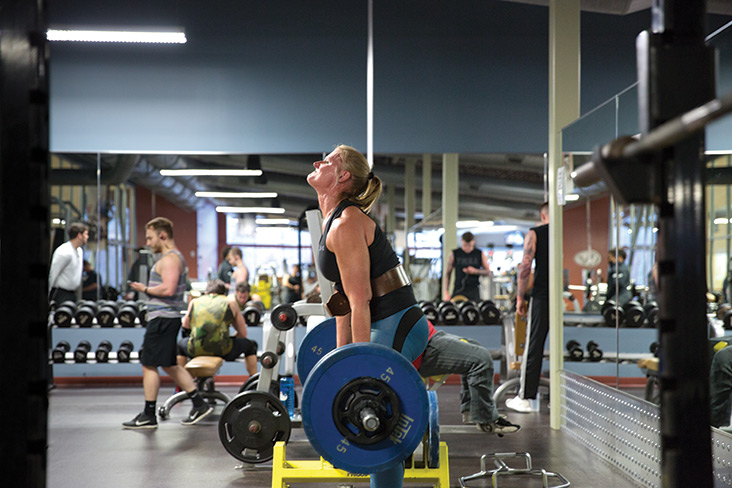 Now at 182 pounds and fully confident working out in the gym, Beth remembers how intimidating it was just to understand how the exercise equipment worked. Her advice to anyone starting their fitness journey is to not go it alone.

“Get an expert [like a personal trainer],” she says. “Even if you just pay for three sessions. Tell them what you want to accomplish. Have them show you the machines.”
And, though we’re sometimes tempted to believe otherwise: “Avoid gimmicks. There is no magic pill. Diet and exercise are the keys to success.”

Beth also believes that daily meal tracking and scheduling workouts on your calendar can help keep you accountable, and mixing up your routine can help avoid boredom and plateaus. But more than anything, she encourages people to just get up and get moving.

“Start small. Take one class a week. You’ll find something that keeps you motivated,” she encourages. “You’ll decide to get off the couch and go for it.”