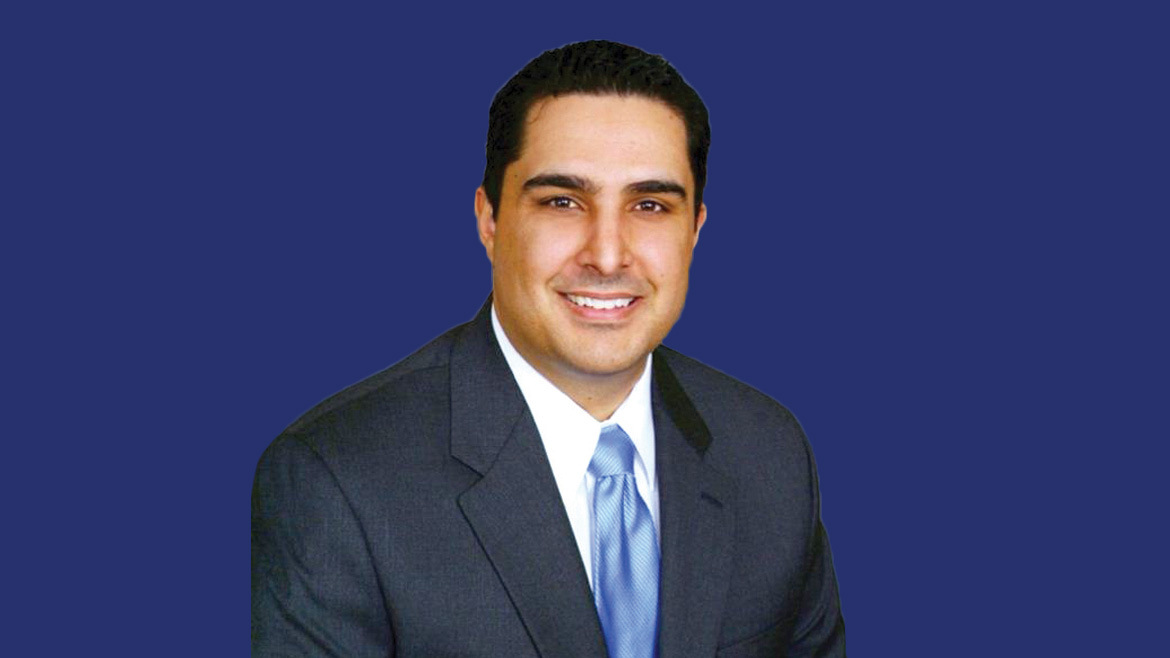 1. What does your typical day look like? Oh, I wish there was such a thing! With hundreds of bankers across three states running three very different lines of business, every day is different from the one before it. I consider my job to be like that of an orchestra conductor: I don’t play the instruments, but I make sure that all the players are working together, following the same sheet of music, playing in tune, and using a number of very different instruments to make a single, harmonious sound.

2. How has the “face” of banking changed during your career? I think early in my career, and even as recently as five or 10 years ago, bank customers would think of their favorite teller or loan officer as being the face of their local bank. Today, many would say it’s their bank’s mobile app. If you combine all the teller transactions in a month that take place across our 40-plus branch network and all of our ATMs, that figure would still only be about half of the number of mobile banking log-ins that happen in same timeframe.

3. Landmark’s done some innovative things in their retail division. Tell us about that. A few years back, we started thinking about the changes in customer behavior and the demand from consumers to do business on their schedules. Banks just weren’t doing it. So we started looking for solutions that would allow us to offer something we felt was a clear differentiator: seven-day service and extended hours. So we went “7-by-7-by-7”: seven days a week, 7 a.m. to 7 p.m., in our call center and our branch drive-thrus.

The customer response has been great. About 40 percent of all transactions that happen in the channel happen at a time when the bank would otherwise be closed. We do more than 1,000 transactions each Sunday. On Columbus Day, when all our competitors were closed, we did 2,500 transactions. Today, we do more transactions in a week through our Enhanced Drive-Thru channel than our busiest branch does in a month.

4. As someone who has worked his way up in the industry, what advice would you give someone just starting his or her career in financial services? One good tip, which is a bit of a Mexican proverb passed down from my father, is that you should always “give a man on the last day whatever you gave him on the first.” There’s a tendency to try to make a good first impression by running yourself ragged in the early stages of a new job. But then when the inevitable drop-off comes, it’s even more pronounced. Know your work–life balance. Be fair with your own time and your family time. Give 100 percent on day one and keep giving 100 percent as long as you’re in the role.

5. What’s your ‘why’? What inspires you to get up each day and make a difference? Living up to and furthering the legacy my parents passed to me. My Hispanic heritage is very important to me. As a second-generation American with a father that learned English as a second language, I’m blessed to be part of a family that has experienced the real “American dream.” My immigrant grandparents made sacrifices I can’t really even understand so that their children and their children’s children would have the opportunity to change the trajectory of the family’s future.

6. What have you done professionally that you consider a success, but that you wouldn’t want to repeat? I completed my MBA while working full-time and raising two sons. I was the first person in my family to graduate from college, so to further that with a graduate degree was a very important life goal for me. But I also had a family to support, little league teams to coach, and an ongoing career path that took hard work and dedication. So I just buckled down. I jokingly call it the “10-to-Midnight” degree because most of the time, those were the hours I found available to read, study, and write.

7. Tell us something about you that we wouldn’t learn from your resume alone. In my early 20s, I spent two years as a full-time touring musician and singer, playing shows in Oklahoma, Texas, Arkansas, and Missouri. I played in a band called South 40 that had some regional success, but I also played solo on many occasions. Both of my boys play instruments and sing, and we love spending time together creating. This love of the arts has driven a lot of my community involvement over the years. I serve on the board of the Ragtag Film Society, working with Ragtag Cinema and the True/False Film Festival. Before moving to Columbia, I served for many years as a trustee for the Oklahoma Shakespearean Festival.

8. Is it better to be perfect and late or good and on time? The answer to this question is dependent on the situation — if you’re working on a project to change the way millions of dollars in cash move between branches, late and perfect is probably the right answer! But in general, I tend to believe that the “minimum viable product” approach is the most effective in today’s environment.