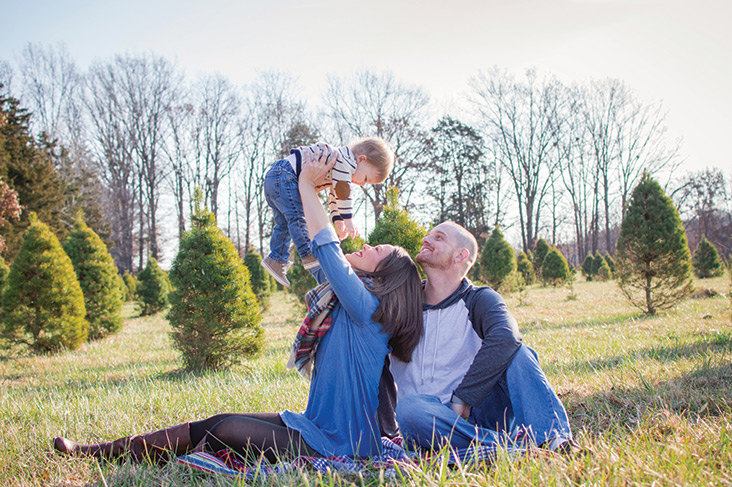 Rachel and Erik Kirchner’s five-year journey to start their family.

When Erik and Rachel Kirchner thought about starting their family, they envisioned cuddling their sweet, chubby-cheeked babies and watching them grow up, seeing them experience everything for the first time. They thought their journey to parenthood would happen naturally, and they never put much thought into the obstacles they might encounter along the way.

“We had talked about a family before we got married — we both knew we wanted kids,” Rachel says. “It never crossed our minds that we might struggle to start our family.”

The Fight with Infertility

The Kirchners decided they were ready to have a baby in 2011. “We just knew it would happen right away,” Rachel says. But after six unsuccessful months, they decided to consult a reproductive endocrinologist. After a battery of tests, she recommended that the couple try intrauterine insemination, a type of artificial insemination commonly known as IUI.

“We tried IUI three times with no success,” Rachel says. After more tests, the endocrinologist said Rachel had a diminished ovarian reserve, a difficult-to-treat condition that presents in 10 to 30 percent of patients experiencing infertility. The Kirchners were given the option to try in vitro fertilization, or IVF, but their physician hadn’t seen much success with other patients who had this condition. “We were sad. And weren’t sure where to go from there,” Rachel shares.

But in March 2013, the Kirchners received an unexpected surprise: a positive pregnancy test. “We kept it a secret, wanting to do some sort of exciting reveal to our family after our first appointment,” says Rachel. “Then, one day before our ultrasound, I started bleeding.”

The ultrasound revealed an empty sac, otherwise known as a blighted ovum — a type of miscarriage. “We were devastated,” Rachel says.

The Kirchners opened up to family and friends and told them what had happened. “We found comfort in talking about it with others,” Rachel says, “even if people didn’t know what to say.”

In the summer of that same year, the Kirchners attended an infertility education session about IVF. The class had a contest to win a free IVF procedure, and out of the 25 couples in attendance, the Kirchners won. In September 2013, they did their first and only IVF procedure. The doctor was able to retrieve three eggs, two of which fertilized and one of which made it to the day-five blastocyst stage. “We did the transfer and we were able to see it on the ultrasound screen,” Rachel shares. “Fast forward a week and a half, and we got the call that the procedure didn’t work. I wasn’t pregnant.

“For me, this was a very low low,” Rachel says. “It was harder than the first miscarriage. It hurt even more. We didn’t want to talk about it because it hurt too much. Through it all, we leaned on one another.”

Once again, in April of 2014, the Kirchners found out they were pregnant. They were more cautious about their excitement this time, but when they went in for the seven-week ultrasound, their baby girl had a heartbeat. Rachel had never felt so happy. But on their four-year wedding anniversary, Rachel woke up and didn’t feel pregnant anymore. She went to the doctor and the ultrasound revealed no fetal heartbeat. “I don’t ever remember feeling sadness or anger as intense as what I felt over the next few weeks,” she says. “I was so angry. Angry at God. Angry at everyone.”

The next year was hard for the Kirchners. “We decided that maybe having a family just wasn’t meant to be,” Rachel says. “We may have even convinced ourselves, for a short while, that we were going to be happy without kids.”

Every time someone announced their pregnancy or had their baby, all the feelings of anger and hurt came rushing back to Rachel. “Then a co-worker of mine became a mom through adoption,” she says. “Her son was born and I remember seeing pictures of them with their new son and thinking about what a beautiful family they were. And I came to the realization that I would probably never be fully happy or truly fulfilled without a child.”

Adoption wasn’t something the Kirchners had seriously considered before. “It scared us a lot. The cost, the risks, all of it. And I wanted to experience pregnancy,” says Rachel. But seeing her friend with her son made Rachel think their family could be created through adoption. They began the application process with Lutheran Family and Children’s Services in December 2015 and completed it in March 2016.

In June 2016, the Kirchners received a call that a potential birth mother wanted to meet them. The couple met her on their six-year anniversary, two years after their last miscarriage. A week later, they got the good news. “What I remember most about that summer was feeling so ready, so happy that we were finally going to have our family,” says Rachel.

On August 11, 2016, their son, Lennon, was born. “The feelings that we felt in that delivery room can’t be put into words,” says Rachel. “I have a love for my son and his birth mom that I don’t think I could ever fully describe.” 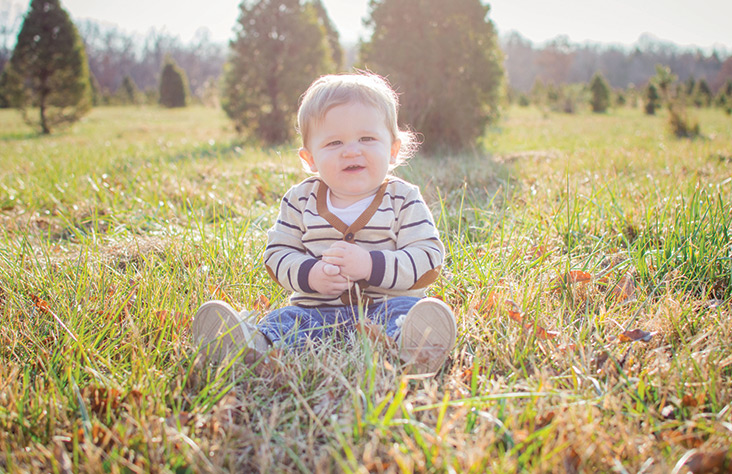 Rachel had another miscarriage in August of this year after being diagnosed with endometriosis just months prior. “I won’t try to understand why it happened again,” she says. “And it still hurt, but not like it has in the past, and I think that’s because of Lennon. Our life is infinitely better because he is our son.”

Rachel and Erik have now begun the process to adopt a second time. They knew almost immediately after Lennon was born they wanted to be parents a second time. “We are so excited to expand our family,” Rachel says.

A recent MU study discusses specialized communication narratives that help couples deal with miscarriage. According to the study, “Many individuals struggle with disclosing their feelings and often rely on a spouse for continual support.” The study looks at ways in which both men and women can use “communicated perspective-taking” to cope with loss and strengthen their relationships.

During their struggles in starting a family, Rachel says she sometimes assumed Erik knew how she was feeling. “But I realized that he didn’t, and it became very clear that the only way we would grow closer was to share how we were feeling with one another.” The couple began having open conversations. “It was comforting knowing we were feeling a lot of the same things. We empathized with one another because we both understood it,” Rachel says.

Rachel finds it meaningful to share their story because hearing similar stories has helped her heal. “This is something we don’t talk about enough in our society, so people don’t know how to respond to the situation,” Rachel shares. “I’m simply paying it forward in the hopes that I can help other women in the same way.”