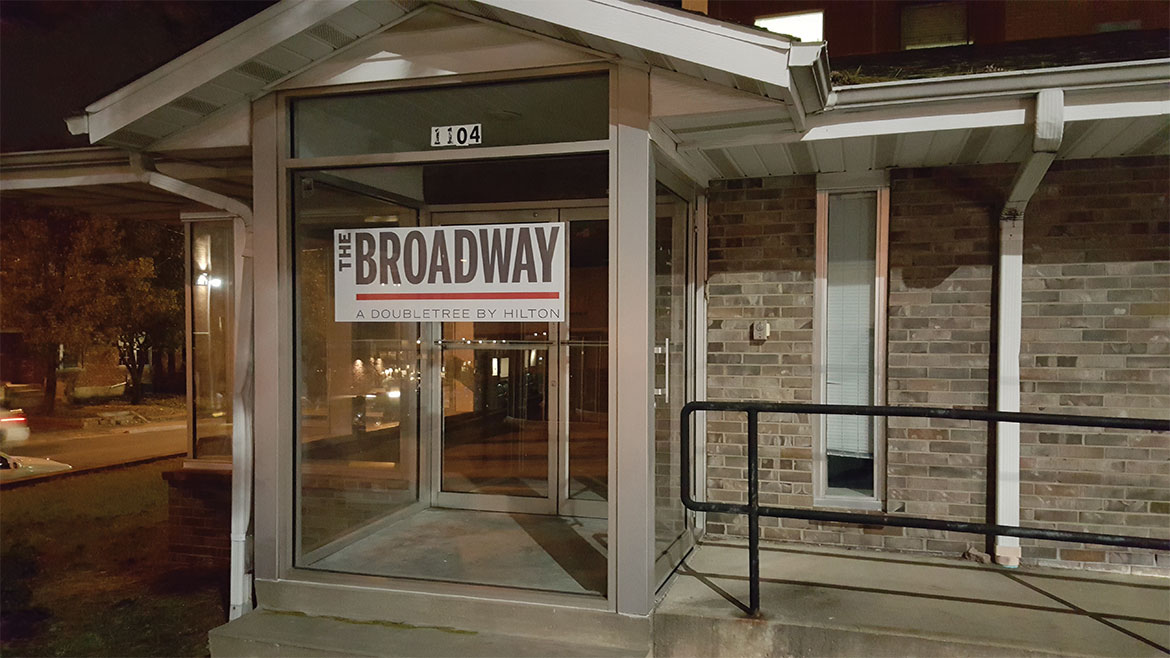 Congratulations to the five members of the city council who shortly before midnight on Monday, December 4, summoned the courage to vote in favor of a tax-increment financing proposal to help build the second tower at the Doubletree Broadway Hotel in downtown Columbia. Fronting on East Walnut Street but connected to the existing tower, the second structure will add 80 more rooms, new meeting and conference areas, and an upper level ballroom with a capacity of 300.

Like the Tiger Hotel, Dave Parmley’s Broadway Hotel has restored Columbia’s central business district as a destination for overnight stays, creating an exciting relationship with restaurants, shops, educational institutions, and the rich annual menu of sporting and other special events including the True/False and the Roots ’n’ Blues festivals.

By approving this controversial measure, members of the council as well as the city itself have hopefully started the slow healing process to restore Columbia’s relationship with its citizens. Some of us still fume over the fiasco involving CVS and are troubled by changes in the zoning code, dawdling over power transmission issues, and the prospect of continued delays on the terminal project at Columbia Regional Airport, among others.

Tax-increment financing is a business development tool that was first employed here a few years ago to help finance the gutting and reconstruction of the Tiger Hotel. The iconic downtown property reemerged as a Four Star Plus boutique property after years of neglect and despair by a series of owners.

A TIF is just another form of subsidy. Postponing property taxes over a given period gives the TIF grantee the time to build and get established. Sometime during the term of the TIF, the greatly enhanced property will be appraised at a much higher value over whatever it supplanted on that site. Heretofore, non-existent sales and “bed” taxes collected after the Broadway Hotel’s second tower opens will more than compensate for the minuscule property taxes deferred during the term of the TIF.

But there still seems to be a great deal of bad karma about these TIF proposals. Isn’t a subsidy what a group of Boone County farmers raised back in 1839 to secure Columbia as the location of the state university? Area residents banded together and raised another subsidy after a fire destroyed Academic Hall in 1892, when Sedalia was poised to grab what was left here as a crew with a team of horses was preparing to topple and cart off the columns.

Most of us thought this latest TIF proposal was dead on arrival when the council convened to consider it last month. The TIF Commission, recently packed with a couple of new, certified naysayers, had turned it down 8–3, thus requiring a five member super majority at the council. What turned it around was the somewhat dramatic parade of carefully selected proponents who swamped the council with a series of irrefutable reasons to approve it. Councilman Skala clearly relished his role as the last to vote among the seven and, to him, the community owes its profound appreciation for his support.

Yet it was a similar tight vote that swung the other way to disallow CVS from locating one of its drug emporiums at the southeast corner of Providence and Broadway. The five council members who voted for The Broadway Hotel TIF were enthused about the prospect of entry-level job creation when the second tower is completed. But then the first — of three – of CVS’s proposals employed up to 100 workers, many of them entry level positions. Recall that the council got all tangled up in some ridiculous architectural trivialities about the building and that CVS brought its own circus of gaffes and missteps to the proceeding, in contrast to the cheering section mustered by the Broadway Hotel and its advocates.

The city council is fixated on converting that busy crossroads corner into a tax-exempt, revenue-neutral green space and calling it a gateway park. Like we really want to sit and gaze across that busy intersection, inhaling exhaust fumes while watching the passing parade of vehicles.

Consider potential job creation and restoring the applicable tracts as taxable entities, upon which are generated substantial sales and property taxes, and the offer by CVS to rebuild the Flat Branch area.

The city should call CVS, get them back in the arena, say “We’re sorry we treated you the way we did” and welcome them back with open arms. The city should sell CVS the tract on the corner it somehow came up with the more than $1 million to purchase, tying it to tracts owned by others to present a neatly tied real estate package for CVS to build on, thus generating the taxes both Columbia and Boone County seem so anxious about raising in an otherwise revenue-neutral era spawned by the surge in online purchases.