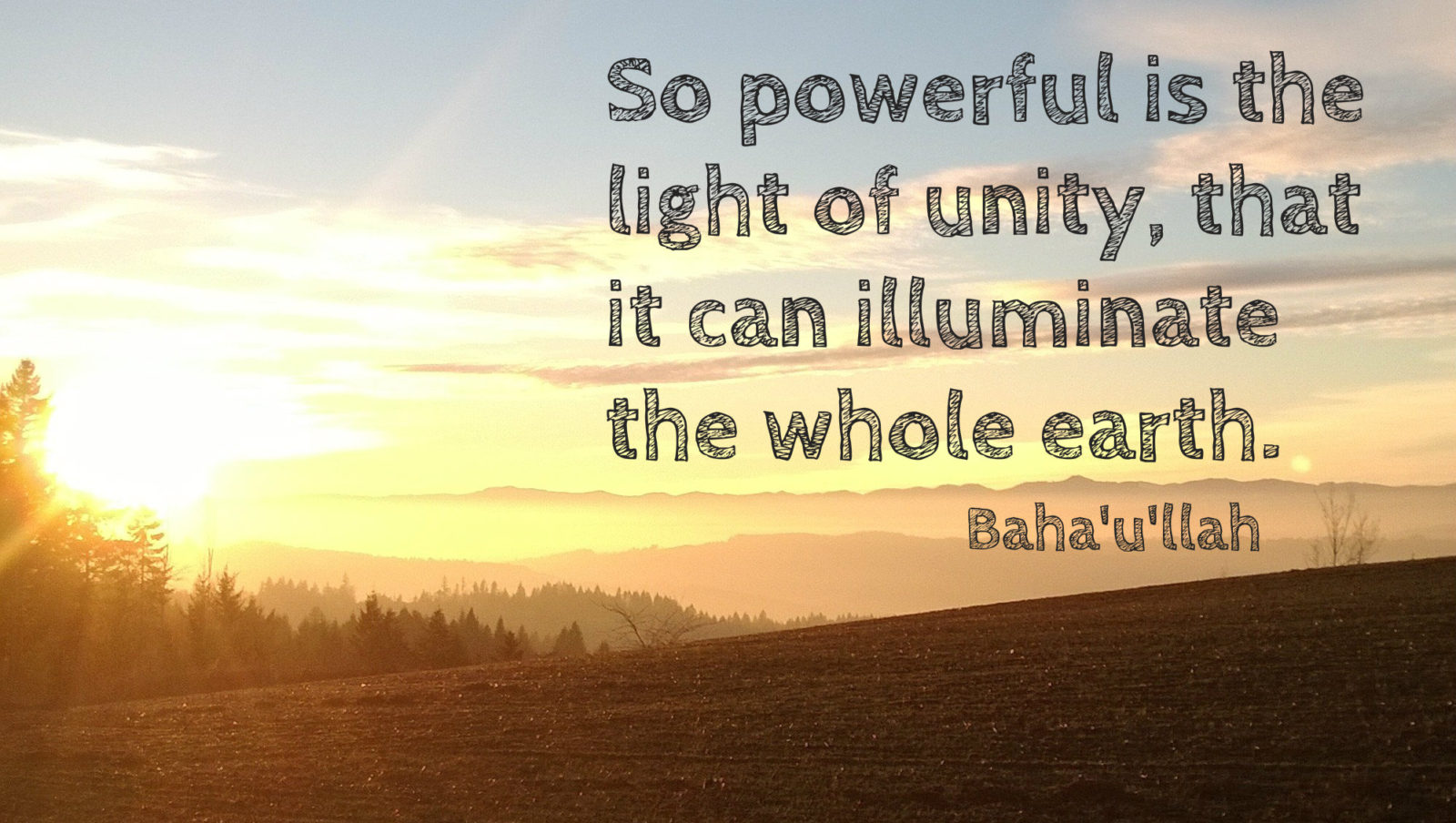 I turn on the television. Every newscast spouts as much information as they can possibly fit into each segment. I scroll through my Facebook timeline and Twitter feed. Headlines seem to grow longer and longer. More and more articles shared, facts and opinions intermingle in front of my eyes. I can’t keep up. I turn off the television, close out of Facebook. I am left feeling an exhaustive but equal mix of disappointment and hope.

Today’s heated political atmosphere can be overwhelming. I think that’s one thing we can all agree on. Sometimes it may seem like people are divided more than ever, whether that be over political parties, religion or faith. There’s a longing for unity, and a longing to connect with one another again.

In times of divisiveness, a young religion strives to preach oneness and unity among all people. You may have heard of it, but often this faith flies under the radar. 2017 marks the 200-year anniversary of the birth of Bahá’u’lláh, the founder of the Bahá’í faith.

The Bahá’í faith itself is only a century and a half years old, yet has managed to gain a following of over seven million worldwide today. It is estimated 50 to 100 Bahá’í followers reside in Boone county.

Bahá’í considers Bahá’u’lláh the “Mouthpiece of God” for the modern age. Bahá’u’lláh was born in November of 1817 in Iran to a wealthy and politically powerful family. Despite having opportunity to succeed his father’s government position and wealth, he declined. Bahá’u’lláh lived his life in service to the poor and oppressed gaining the nickname “Father of the Poor.” He joined the Babi movement and spread the message of the Bab, who believed a new messenger of God was to come.

The Babi’s were deeply persecuted by the Iranian monarchy. After the Bab was arrested and executed, a group of Babi’s attempted to assassinate the Shah. Though Bahá’u’lláh did not support the violence, he was jailed for four months and thousands of innocent Babi’s were killed by government-backed mass executions. It was during this period Bahá’u’lláh had a vision that he was the messenger of God the Bab had prophesied. He discovered his calling to bring a new Messianic message to the world, a message of unity of all people of all religions.

“We have a lot of different identities that we use, but the most important identity is our spiritual identity, that we are all interconnected,” says Sahba Jalali, owner of Advanced Vision. He and his wife, Eddie, are both members of the Bahá’í faith.

Sahba was born in Iran and lived there for 12 years before moving to the U.S. Both sides of his family are Bahá’í and their faith in the religion can be traced back over a century. He emphasized that the most integral part of his faith is found in one of Bahá’u’lláh’s first writings.

Following this counsel, Sahba said the second most important teaching of Bahá’í is eradicating injustice. This teaching is put forth in many ways, dating all the way back to the founding of Bahá’í. Some of these major principles include the elimination of racism and nationalism, gender equality, universal education as a human right, and the cooperation of religion and science. 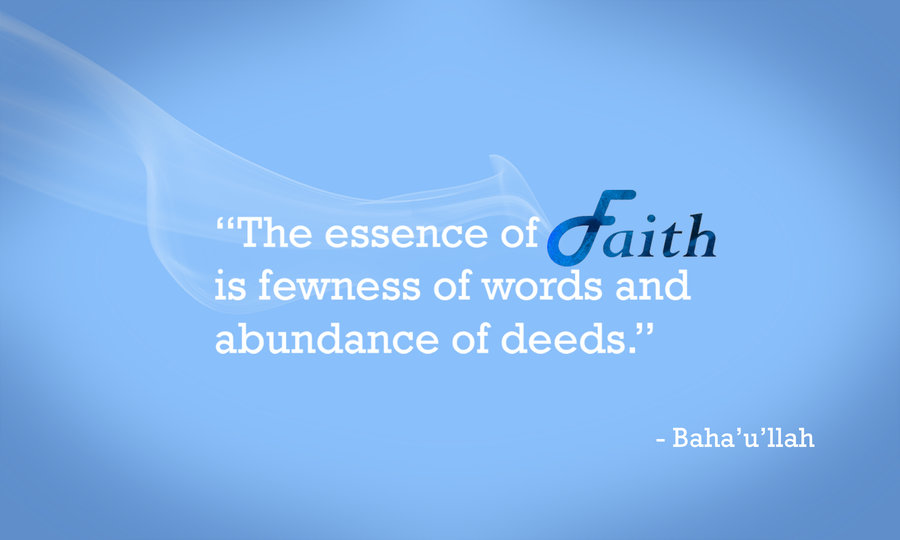 Eddie wasn’t always religious. When she attended college at the University of Missouri she became a Christian, but was not fully convinced it was the right religion for her. She was introduced to Bahá’í when she met Sahba, and eventually converted after one year of marriage. Eddie said she did not convert for or because of Sahba, but because of her own spiritual growth and reflection.

“We teach a personal, independent search for truth. We educate our children about all of God’s teachers and that they are connected,” Sahba says.

Another pivotal belief of Bahá’í is that all religions are valid and sacred ways to connect with the same God. Followers of Bahá’í respect all major teachers such as Jesus, Muhammad and Buddha and scriptures such as the Bible, Quran and Torah. God is viewed as the “Divine Physician” and he sent manifestations of himself to different peoples at different times to address their needs.

“Being a Christian or being a Bahá’í is sort of an apparent dichotomy, but it’s part of the same message sent by God at different times to humanity…the core of these spiritual teachings is identical,” Sahba says.

Sahba not only regularly reads scripture from “The Hidden Words” by Bahá’u’lláh, but he also actively refreshes his knowledge of Christian scripture by reading the Bible. He said Bahá’í followers often read multiple religious texts in order to foster their spiritual growth and connect with friends of other faiths.

Bahá’í promotes Bahá’u’lláh as the newest teacher of God’s message for the present day. In a time where divisiveness can seem to saturate the nightly news, our Facebook feeds and society at large, Bahá’í calls for a unification of humanity.