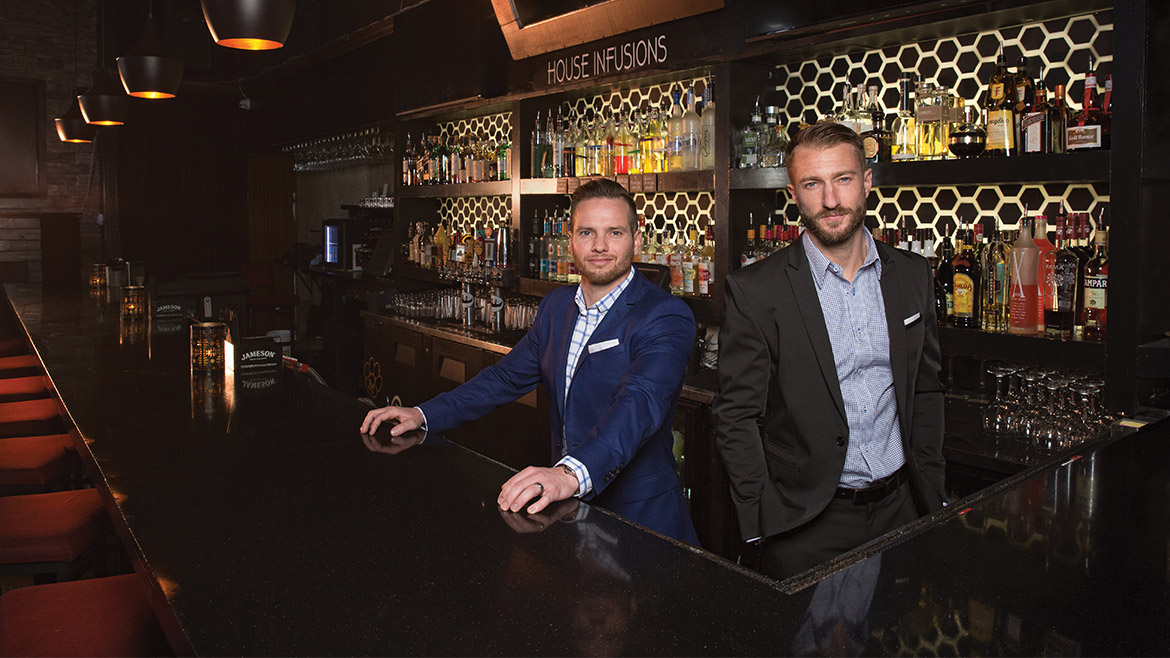 StaffedUp was born in Columbia, the brain-child of Room 38 owner Billy Giordano and Jeremy “JP” Phillips, whose combined 25 years of experience in the restaurant industry led to the idea. Frustrated with the high turnover and consistent need for qualified serving staff — a universal problem in the hospitality sphere — the business partners launched a platform to serve as an applicant tracking system.

The program allows employers to promote job openings and manage talent. Potential employees can apply for job openings through StaffedUp from a restaurant’s website or social media. The service also offers templated job descriptions for busy owners to pull from. Employers have access to a database of candidates that includes their resumes and references. Candidates can be sorted, ranked, and communicated with directly through the program, making it a one-stop shop for hiring.

Giordano and Phillips won 2015’s Startup Weekend Columbia with the concept. Using a combination of their own funds and seed money from the Missouri Innovation Center, Phillips was able to leave his job and has been fully committed to building the business ever since.

But the learning curve has been steep. Giordano and Phillips credit Bill Turpin, CEO of the Missouri Innovation Center, as an enormous resource as they’ve navigated their company’s continued growth. An important lesson, for instance, was that not all opportunities are worth taking. StaffedUp was one of only six startups (out of 475 applicants) offered funding from an accelerator, but they ultimately turned it down. “There’s a difference between desire and desperation,” Giordano says. “But we’re not in a desperate place because we’re already off the ground.”

The founders are pressing forward with the long haul in mind, not only in terms of what they’ll accept from investors, but also in how they continue to build their platform.

The company’s presence in the Columbia and St. Louis markets has grown, and they’ve used that established customer base to tune up operations. In preparation for an expanded national release, the team took the summer to focus on functionality, making sure the software can fully facilitate client needs.

“It’s been extremely challenging to do, but we’ve stayed very locked on managing our growth appropriately and not getting diverted by thinking ‘Hey, we need to onboard everybody right now,’” Phillips says. “We’re very conscious of the fact that the site needs to be where we’re happy with it, so the user experience is one that they enjoy, because we know that they’ll talk about it in the industry.”

And the industry is talking already. StaffedUp is seeing an influx of clients who are drawn to their “quality over quantity” approach. One user told them about his previous experience with a different service that delivered him 200 applications in the first month of service — but only 16 of the prospects were people who actively wanted to interview. Just two of those individuals actually applied for the job. 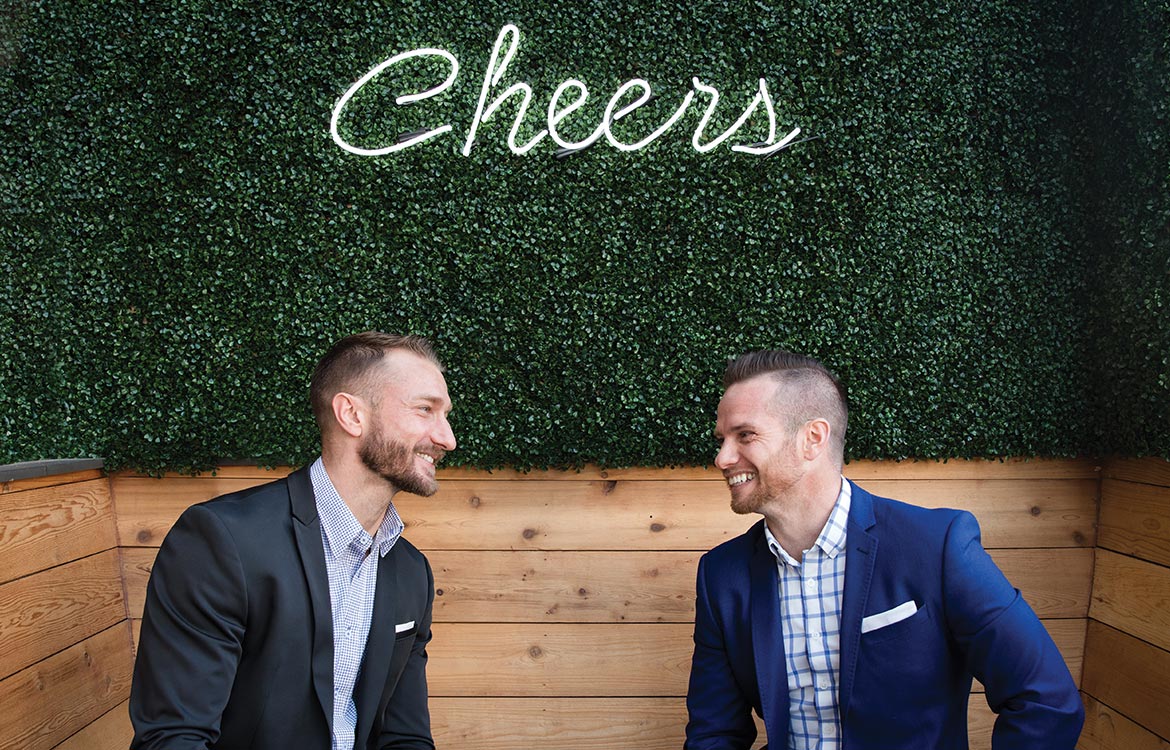 “He had to manually go through all 200 on his own and email them back or discard them,” Phillips says, “He told us he spent literally hours on hours just going through the resumes he got.”

With StaffedUp, applicants are able to not only build their own formatted resume, but answer questions about the particular position for which they’re applying, ensuring that job-seekers and hiring managers are paired well.

StaffedUp is also, of course, mobile-friendly, which allows clients full access from anywhere — say, in the airport during a layover, or while waiting in line at a store. This opportunity to scrap the stack of outdated paper applications has drawn the attention of other industries as well.

“We’ve got hospitals and banks knocking on our doors asking if they can use it, but we’re not going after that yet. We want to make sure we’re accommodating the right needs right now for the people that really need it” says Giordano. “But the exponential growth opportunities are ridiculous.”

Official onboarding of clients began in January 2017, and StaffedUp already has established clients in 13 states and 17 different cities. They’ve used the year to focus on development of the product and beta testing while they continue to improve.

I decided to test the service out for myself, applying for work at Giordano’s restaurant, Room 38. I hopped onto the lounge’s Facebook page, clicked on “Apply Here,” and was directed to a list of a dozen or so open positions. Some were categorized as “accepting applications,” but I opted to go for the bartender position, which was listed as “now hiring.”(Plus, I’ve always thought tending bar would be fun.) I signed up using Facebook, where I was informed that StaffedUp would see my public profile and email address. At that point, I was given the choice of either uploading my resume or creating a new one that would be kept on file for future use on the site. I opted to make one.

Once I was able to apply for the open position, I answered some related questions (such as whether I have reliable transportation to work, if I have at least one year of experience in the position I’m applying for, if I’m legally able to serve alcohol) and outlined my availability. It took about 10 minutes to complete the process from start to finish. We’ll see if I get a call back. 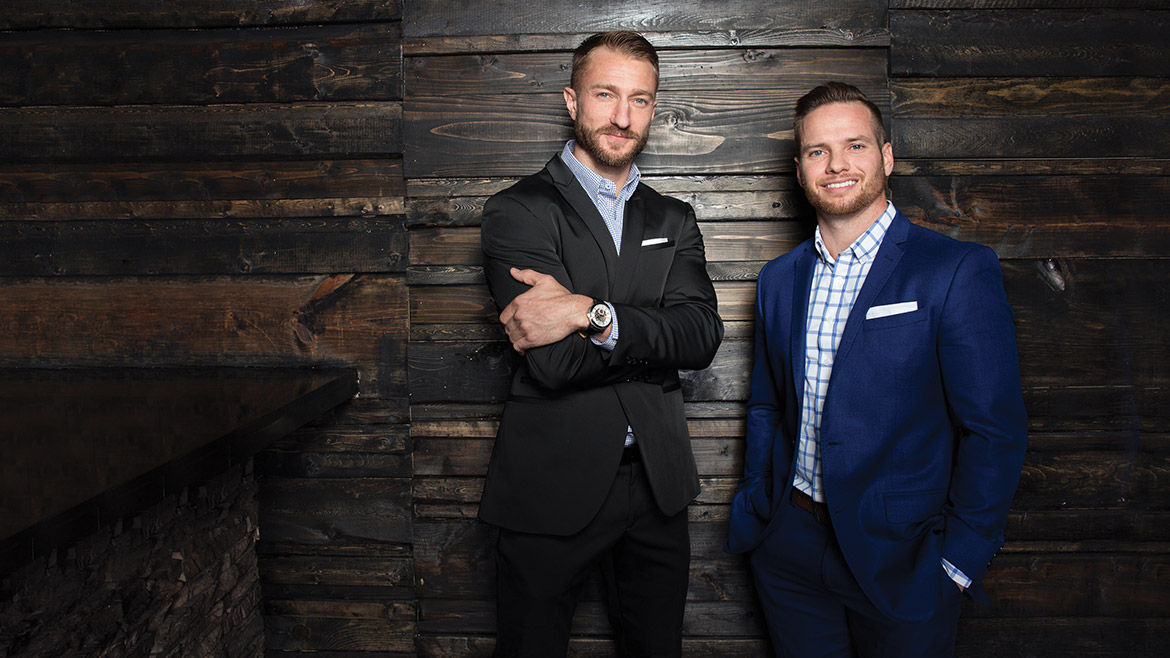 From an applicant’s standpoint, the process was easy. Of course perhaps the biggest endorsement of the service is that the restaurateurs like Giordano utilize the service themselves. In a recent experiment (without disclosing his connection with StaffedUp), Giordano casually asked an applicant at his restaurant what they thought about the hiring process after conducting a full interview. “Her eyes lit up. She was like, ‘It was so easy!’” Giordano says. “And you know, it kind of gave me chills.”